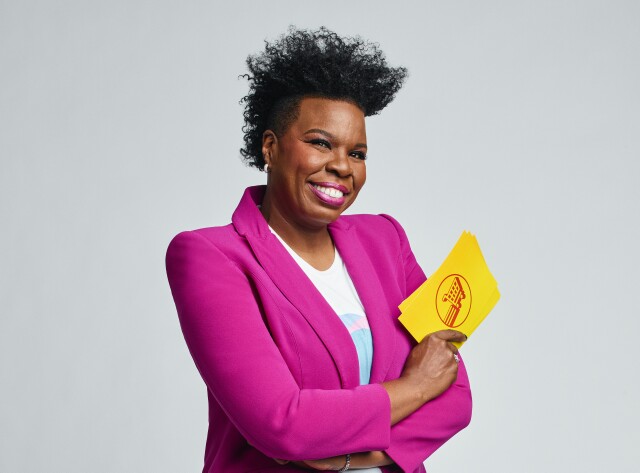 Comedienne Leslie Jones has a message for anyone looking to succeed in showbiz: believe in yourself! "I always thought I was going to be famous, it just was a matter of who was going to get to see me, who was going to find me," said the former Saturday Night Live cast member turned host of ABC’s Supermarket Sweep revival during a virtual press conference promoting the show. "Everybody knew I was funny. Of course, [when building] any kind of a career you're definitely going to have days when you're discouraged and you're, like, 'Should I have done this?' But that's what makes it more worth it when you make it, because you know that you stuck with it. I always knew I was going to make it. And as far as being famous now, where everybody knows me, that was part of my diabolical plan."

For Jones, being discovered in her late forties was not a part of the diabolical plan she joked about, but in retrospect, it came at the right time. "I think that it was absolutely awesome that I made it at 47," she beamed of her success. "I'm glad y'all didn't meet me in my 20s and my 30s because I was crazy. Not crazy, but just a little bit more out of control or whatever. But making it at 47 makes it really [great].

"Being in this industry, they have a formula for everything," she continued. "They have a formula for how everybody is supposed to make it. And it's one of those things where I had to make everyone realize the formula doesn't work for me. If it did, I would have made it in my 20s. I had to show people what my formula was. And usually what it is, is hard work and a good foundation." 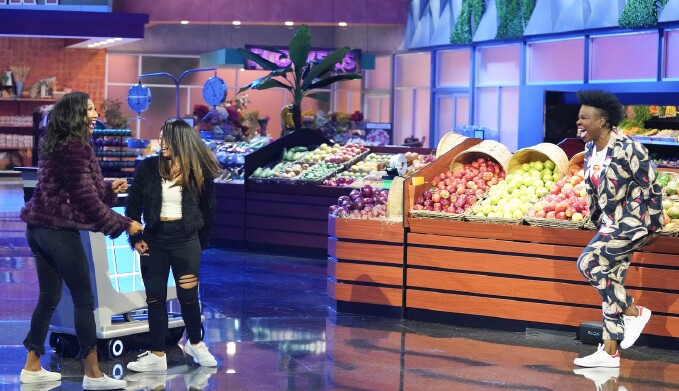 Jones’ perseverance paid off, and in addition to "making it" on camera, she is now a force behind the scenes as an executive producer of the revived version of her all-time favorite game show. But in updating Supermarket Sweep for a new audience, keeping some of original version's charm was important. "My main goal was to update it," she shared. "There's nothing wrong with the game-play, or the show itself, or the format. But I wanted to bring some new music to it, bring some color to it, bring some jolts to it, bring activity to it.

"I also had the feeling of wanting to make people feel what I felt when I used to watch the old show," she added. "So, it was always, like, 'Oh, okay, I can do this? The questions aren’t that hard. I can actually win this game.' You want everybody at home to have that feeling. That's what I wanted to bring to this show; the element of excitement. Everybody loves to see me live tweet. Everybody loves to see me have a raw reaction. And just happiness, you know?" 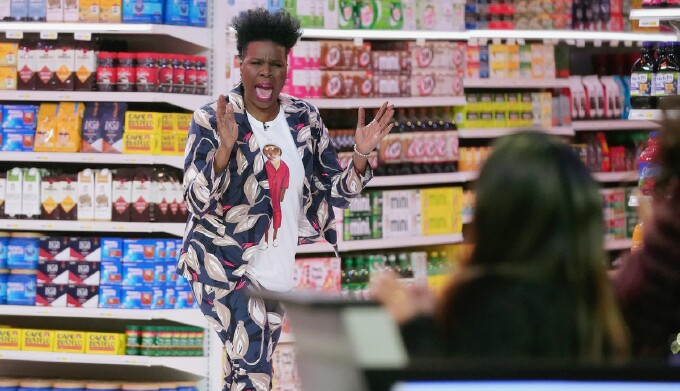 While filmed amidst stringent COVID-19 protocols and safety measures, contestants on Supermarket Sweep will not reflect the current requirement that masks be worn when entering supermarkets. Jones explained there is a good reason for that. "When you’re looking at TV, first of all, you are already in a fantasy world," she said. "It's supposed to be an escape. I'm going to say right here, yeah, you're supposed to have your damn mask on! We talked about this protocol, and we will definitely keep saying that it is very important for you to wear your mask.

"And that's the other thing," she continued. "[The on-set nurse] explained the simple things that we could do to beat this: wash our hands, stay six feet away, wear our masks. This is just a television show. Maybe at the beginning or the end, we have to go, 'Hey, you guys, all of these people were tested, and they wore their masks off the screen.' Do we need to do that? I don't think people are as stupid as you think. And that's not the message that we are giving."

One message the show will be conveying is that of respect and appreciation to grocery store workers across the country, who have risked their lives month after month throughout the pandemic to keep the food supply moving. In every episode, Jones will thank a real grocery store employee and give them a gift of $2,000 in honor of their work.

As the realities of the pandemic continue to impact everyone’s life, Jones is hopeful that some levity, and escape, will help us all. "This really is about an escape," she said in closing. "I'm trying to bring you an hour of, 'Let's just sit down and laugh and watch these people; watch these good, normal people win money.’ This is our hour to bond together and know that there's still some good stuff going on and that there's hope. There's hope!"

Supermarket Sweep is telecast Sunday at 8 p.m. on ABC.