Lessons of the iPhone: Learn to Identify the Next Big Trend -- Dan Hodges 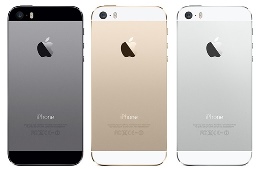 The market frequently misses key trends. Take the iPhone for example. Steve Jobs’ vision was ahead of his time. Jobs said, “What we want to do is make a leapfrog product that is way smarter than any mobile device has ever been and super-easy to use. This is what the iPhone is. Okay? So, we're going to reinvent the phone.”

Mike Lazaridis, CEO of Research in Motion, described it as "like Apple had stuffed a Mac computer into a cellphone."

Consumer reception to the iPhone was key to its success. Here is a typical iPhone user quote: “My iPhone has changed my life. I spend hours taking photos of the sidewalk as I walk down the street. I like the casualness, that it's low-resolution.”

The Tale of Two Companies

The story of Nokia and Apple is a lesson about how two companies saw the world and executed their visions. Nokia saw its mission as making the best talking devices. Apple saw its mission as reinventing the phone through a revolutionary touch interface. One company got it right and revolutionized the marketplace, while the other business ended up getting bought out and sold for a fraction of its market value. Here is how it happened.

According to Frank Nuovo, a former vice president and chief designer at Nokia, Nokia developed an iPhone-like device in 2002. There was not much information about this product other than it had a touchscreen and allowed its users to browse the web, find restaurants and play games.

Two years later in 2004, the development of what became the iPhone began when Apple gathered a team of 1,000 employees to work on the highly confidential "Project Purple," including Jonathan Ive, the designer behind the iPhone. Apple was under threat from mobile phone manufacturers. What Nokia had done to camera manufacturers was about to happen to Apple and its iPod.

The development of the iPhone was at first a defensive move and later became an offensive move. The user interface was built around the device's multi-touch screen, including a virtual keyboard. The iPhone had Wi-Fi and could connect to many cellular networks. It was a whole new approach for mobile phones.

Why did Nokia fail to leverage its vast R&D budgets and launch their own version of the iPhone? Nokia was a brilliant engineering and manufacturing company focused on the product and features. No one could beat Nokia in the quality, price and features of their mobile phones. But Nokia had several fatal blind spots: Its reliance on the Symbian operating system, overconfidence due to its market dominance and a lack of focus on the consumer experience.

By contrast, Apple was desperate for a breakthrough product. It was facing irrelevance if it did not respond to the growing threat from the mobile phone industry. Apple was at its own inflection point and needed to change the game to stay relevant. The only way for Apple to win was to change the game.

It did indeed change the game and was rewarded by the markets (see Exhibits A and B below). Its impact will be felt by all industries for years to come.

Missing a trend can be costly and in some cases devastating to your business. Listening to consumers, creating a curiosity culture and purposeful innovation are the ways to ensure that your company will be on the right side of trends.