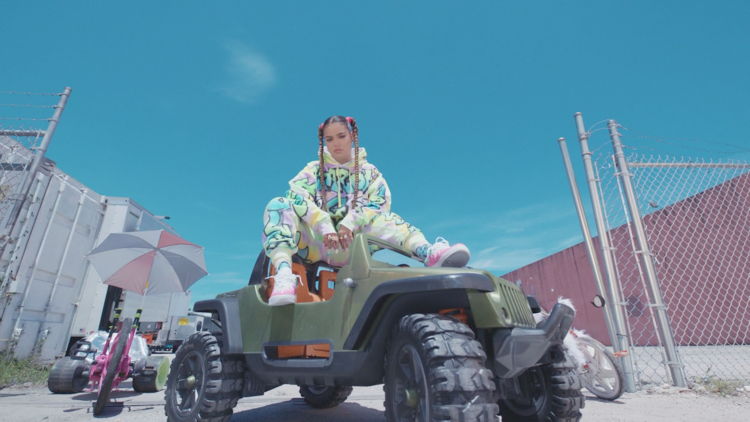 Last week was the start of LatinX Heritage Month, a month-long observation of the histories, cultures and contributions from the LatinX community, and Vevo is highlighting all of the various genres within Latin music across our network along with these celebrations.

LatinX Heritage Month is also a great time for us to reintroduce Somos Vevo to brands looking to connect with LatinX audiences through curated content, bespoke performances and artists at all stages of their careers. In just the past three years, Somos Vevo has grown to become one of the top TV networks for Hispanic Americans, with a reach of nearly 13 million Hispanic Americans through CTV alone.

The U.S. Census Bureau recently revealed the latest census data, and the Hispanic or Latino identifying population was the demographic group that grew the most to make up almost a fifth of the total U.S. population, up from 16.3% in 2010.

It’s clear that LatinX Americans are a growing audience segment with a lot of purchasing power that cannot be ignored by marketers. However, this segment has evolved since the last census was taken ten years ago, so brands need to update their approach.

Here are some considerations...

The LatinX audience is not a monolith. From Mexico to Puerto Rico, LatinX people come from various countries of origin, races and cultures. This diversity is unsurprisingly also reflected in Latin music and music videos.

Latin music has become one of the biggest genres in the world today, with sub-genres like regional Mexican, bachata, salsa and those more fully engrossed in the mainstream, like reggaeton. However, brands should not treat Latin music as one catch-all genre. In fact, due to their global popularity, certain sub-genres might have more of a mass appeal than others.

There are various sub-genres within Latin music, such as merengue from the Dominican Republic or norteño music from Mexico, which reflect the various cultures and influences of their respective country or region - and attract certain audiences for this reason. Therefore, in order to be more authentic and targeted, it’s imperative that brands consider these sub-genres and artist preferences to account for the diversity within the LatinX population. Once you know who your customers are, Vevo can guide your brand in targeting the music videos that are most relevant to and watched by your customer base.

Language can be a unifying tool for reaching the LatinX community, and Spanish used to be the default way to reach LatinX audiences for many years. “Which language should I use in my ad to run in Spanish-language programming?” is still one of the most common questions we hear from brands today.

While incorporating Spanish language ads can still be a critical tool for connection, it is not the only way. As the latest census data shows, we are seeing more and more American-born LatinX-identifying consumers, this means that they are less likely to be Spanish-dominant. Gen Z, for example, is the most diverse group in the U.S. ever, but the Latinx segment of this generation is highly bilingual and English-dominant. Overall, many LatinX consumers navigate freely between two cultures, consuming their favorite content in more than one language.

Hence, the question of which language to use in ad creative will become less and less of a factor. Brands instead should focus on adopting in-culture creative featuring a diverse cast with cultural nuances, even if in English, for higher engagement, ad recall, and memorability. Studies continue to indicate that LatinX consumers are still very receptive to brands that advertise to them when consuming in-culture content.

Local nuances within the United States

While most of the biggest cities in the U.S., such as Los Angeles, New York City, Chicago, Houston and Miami, are home to a large LatinX population, certain cities might skew towards a particular group from the LatinX community. The Southwest, from California to Texas, for example, has a Mexican-American majority. In California, the most populous state in the US, Hispanic/Latino-identiying people became the largest racial or ethnic group, growing to nearly 40% of the state’s population over the last decade, according to the last census.

Florida, on the other hand, has a higher Caribbean and South American population. Moreover, many might not realize that cities like Denver have a rapidly increasing LatinX population.

Knowing these breakdowns when targeting specific geographic locations are critical. If your brand’s ad creative has specific cultural references from one LatinX group, it might be successful in one city, but may not be relatable at all in another city. For example, incorporating Cuban cultural cues in your ad such as slang or food might perform very well in Miami, but not for Mexican viewers in Los Angeles.

This same concept applies to music videos and their genres. Certain sub-genres attract certain LatinX groups, especially if that sub-genre originates from that group’s respective country or region. For example, music videos from bachata sensation, Romeo Santos, see particularly high viewership in New York City, which is unsurprising, due to the strong Dominican diaspora here.

Music and culture are intrinsically linked for Hispanic Americans and music videos are a great place to reach these coveted consumers. However, brands will benefit greatly by incorporating these insights that Somos Vevo and our team of experts have to offer. Somos Vevo has a dedicated team to unpack the cultural and regional nuance from our millions of viewers and make your marketing efforts even more impactful.

To learn more about Somos Vevo and how your brands can better resonate with LatinX consumers, email advertising@vevo.com.

This article was written by Rob Vélez, Senior Director of Multicultural at Vevo and was previously posted to Vevo's blog. Top photo courtesy of Vevo.