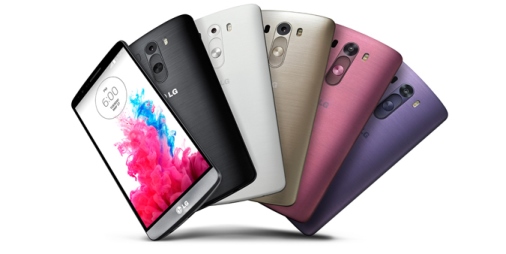 If I had to buy an Android phone today, I'd would run to the store and pick up an LG G3. It is, without question, the best Android-powered smartphone available today, July 18, 2014. This may or may not be true tomorrow or in a week or a month, such is life in the world of connected devices. But for today, the LG G3 is my smartphone of choice. Why? It's a very balanced mix of power, features and benefits.

Just like the G2, LG placed the G3's physical buttons on the back of the device. But now, they're bigger and easier to use. Also returning is the Knock Code, which lets you unlock your phone by tapping a unique pattern on its screen.

Not Exactly The Latest OS

The phone comes loaded with Android 4.4.2, which is a recent version of Kit Kat. Google hasn't officially announced Android L yet, but it's likely that update will land on the G3. BTW: If always having the latest version of Android on your phone is a requirement, you'll want to get a phone from HTC or Google. They are the only two handset makers that are guaranteed to offer the latest version of Android as they become available.

The LG G3 was built around a feature called Smart Notice – a personal assistant unique to the G3. LG says Smart Notice will stand out from Google Now and Siri because of its "natural language capabilities." 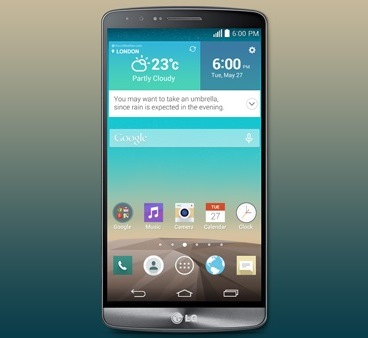 Smart Notice reminds you when you need to call someone back, highlights unused apps you can uninstall to free up space and even tracks the weather to let you know if you should grab an umbrella on your way out the door. Smart Notice also offers flexible multitasking; you can either split-screen your phone or enable QSlide, which creates little pop-up like windows that hover over your main app. It's proprietary to LG, it will take a minute to learn, but... it's awesome! 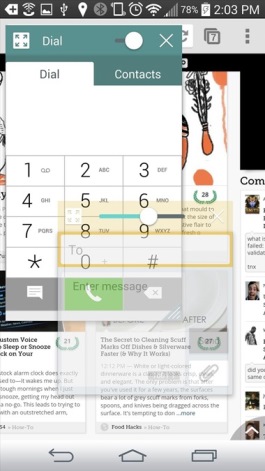 The phone's other great feature is its laser autofocus camera, which will change the way you take pictures. The 13-megapixel camera comes with optical image stabilization, but it's the new autofocus system that really stands out. Tapping on the G3's screen focuses and shoots at the same time, which means you'll capture the exact moment you want to save. The phone can shoot 4K video and is also able to play it back on its exceptional screen. My daughter likes to say that her, "camera is her primary smartphone." If this describes you, the LG G3 is your phone.

For selfie fanatics out there, LG's added a couple of features to the G3 that will make this the phone you'll want to own. The front-facing camera now has gesture recognition so you can take hands-free selfies whenever you want. Even better, the phone has a "selfie flash" feature that turns the screen white to illuminate your face in low-light situations.

The Feature That Seals The Deal

The LG G3 has a removable battery, which for me, is a requirement. I carry two extra batteries with me at all times – this makes the phone usable for the better part of a day (four to six hours per battery).

The G3 looks like it's made of metal, but it's actually plastic. While metal is always better than plastic in the world of smartphones, the G3's plastic case still feels great in your hand. If you're going to use a case (like the Otterbox Defender) the case material is a non-issue. 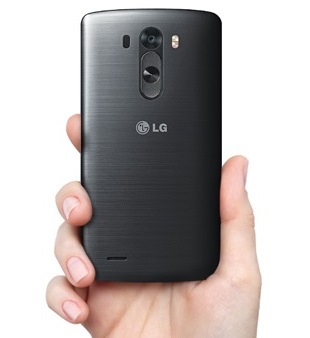 As I am writing this, the LG's G3 is my choice for the best all-around smartphone and it's finally available in the U.S. It'll run you $199 with a two-year contract on Verizon, AT&T, Sprint or T-Mobile.

Should You Break Your Contract To Purchase a G3?

No. I paid full retail for mine because I did not have an upgrade available and it was time for my Samsung Galaxy S4 to retire. There is nothing about this phone that should (or would) make you break your contract to purchase it. But, if you're due for an upgrade or if you're new to Android and need a phone this week, this is the phone to buy.