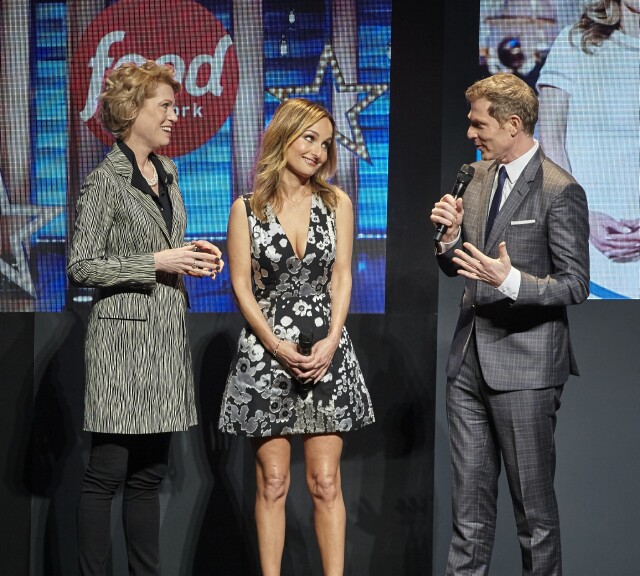 For the first time this Upfront season two events unfolded within 24 hours during the same week. Both were organized by companies with multiple networks in their stable.  A+E went first on Tuesday night.  Scripps Networks held court the following afternoon.

Venue: Alice Tully Hall on the corner of Broadway and West 65th St.  We've come to expect a few things when Scripps is in this house -- logos of each network on the clear window panes, a small outdoor patio near the main entrance on Broadway, lots of outdoor and indoor signage featuring personalities from each channel -- and inside, considerable face and snapshot time with a few of those personalities in the lobby. This year was no different, with the weather outside cooperating. In a first, appetizers were served pre-presentation, instead of the same eats before and after the show. Inside the hall, the stage was arranged the same way as the last few years – a large video wall with a row of small screens underneath and a podium in the center. Grade: 4 Jacks

Presentation: Lifestyle content is not just staying afloat in an era of increasing media options.  It is rising above the fray with more viewers. That's the point key Scripps executives nailed down over and over throughout the hour-long showcase.  "We're living in an age of disruption, where people's entertainment options are endless," declared Jon Steinlauf, president of the company's ad sales and marketing operation.  "And yet we've had the most successful 12 months in our history."  All six networks programmed by Scripps increased their viewership throughout 2016, especially with women 25-54.  Steinlauf attributes this result to family-friendly formats which both entertain and inspire audiences, and in the last two years to producing series featuring children and teens which stimulate co-viewing with their parents. "Environment matters," he went on. "Where your ad lives is as vital as who it reaches."  In what may be an Upfront event first, Steinlauf called up a pair of yellow emojis (one happy, the other blank-faced) on the video wall.  "This is your brain on Scripps," he claimed with the happy emoji. "This is your brain on everyone else," with the other. Grade: 3.5 Jacks  (Pictured below, left to right: Chief Operating Officer Burton Jablin; Chairman, President and CEO Ken Lowe; Travel Channel host Andrew Zimmern, and Jon Steinlauf.) 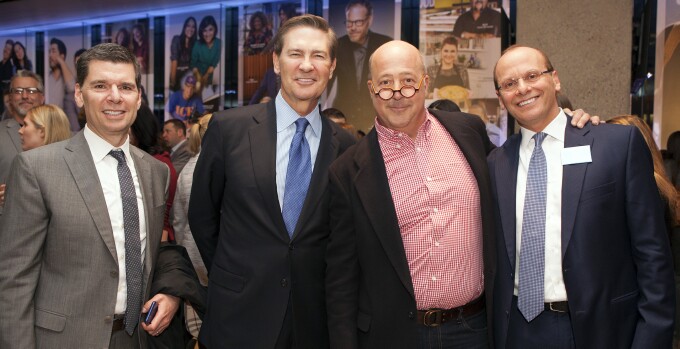 News:  More than 4,000 hours of original programming will be offered in the year ahead, many of them offshoots of current hit series.  At HGTV, Flip or Flop will give birth to five new series, each set in a different location (starting with Las Vegas on April 6).  Fixer Upper couple Chip and Joanna Gaines will do a Behind the Design spinoff, and long-running House Hunters will launch a show titled Outside the Box in which living spaces are created from abandoned gas stations, shuttered movie theaters and the like. Food Network's new series roster includes Guy's Big Project (Guy Fieri searches for the next big food-from-the-highways concept and host), Incredible Edible America (comedian Jeff Dunham and wife Audrey go on the road looking for the most inventive eats around) and Kid Chef Nation (where young grillers take their barbecue skills to outdoor festivals).  After bringing Iron Chef America back to TV in a "gauntlet" format next month, host Alton Brown will disrupt Chopped for a five-part tournament miniseries involving both mystery science and mystery ingredients. Sister service Cooking Channel's newcomers include Farmers' Market Flip (starts April 20), Monster Food and Late Night Eats. Early newcomers on DIY's lineup: Backyard Goldmine (April 20), Renovation Realities (May 6, featuring Good Morning America weathercaster Ginger Zee and husband Ben Aaron), and Amazing Space (July 12). Travel Channel will send Expedition Unknown host Josh Gates on a series of new adventures in Legend Has It and send Philippe Cousteau Jr. (grandson of explorer Jacques Cousteau) and wife Ashlan on a hunt for Caribbean Pirate Treasure. GAC (Great American Country) will continue its shift from all country-music content to general Americana with Mountain Life and Log Cabin Kings (October debut). Grade: 4 Jacks 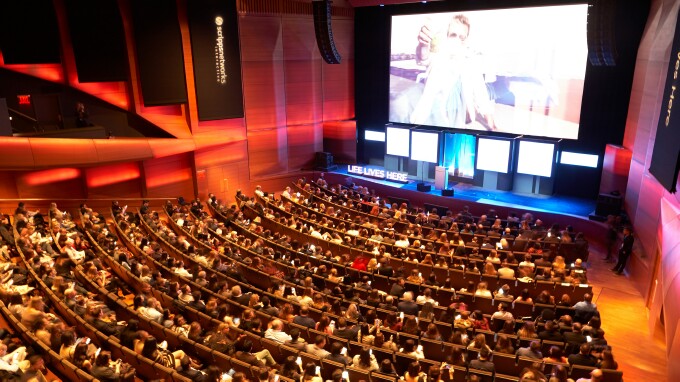 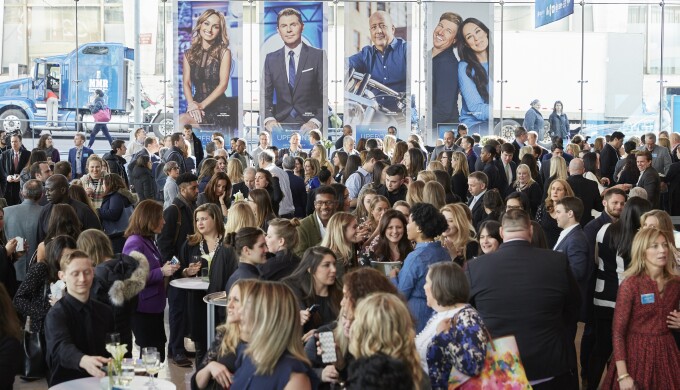 Data Insight: New study from Nielsen using a mix of attitudinal and neuroscience practices to understand how TV program genres impact the effectiveness of ads. According to this Scripps-commissioned report, commercials running in a lifestyle programming environment score 22 percent higher among all viewers over product interest, brand attention, interest in more information and purchasing. Another outcome: the emotional engagement of study participants (percent of time spent highly engaged) was 94 percent greater for ads placed on Scripps content, outperforming drama by 52 percent and sports/news coverage by 161 percent. Grade: 3.5 Jacks

Innovative Opportunity: Using Alexa, Google Home and other artificial intelligence devices to engage consumers. For example, if someone asks Alexa for a recipe showcased on Cooking Channel or Food Network, Alexa answers right back with information on that recipe. Grade: 4 Jacks

Overall Grade: 3.5 Jacks  On target on every level -- theme, pace, balance and relevance to today's media environment. Once again, kudos for its closing segment showing how specific advertisers use these channels either to raise product awareness or sales. This year's mini-profiles: Moet faucets with HGTV, AM Resorts' tie-in with Travel Channel and Volkswagen's Food Network Star campaign. Nice to see how these campaigns incorporated multiple platforms (smartphone/tablet/Internet) and social media.

Next up: Discovery Communications