Lifetime Celebrates a Programming Milestone with its 400th Original Movie

By Steve Gidlow February 17, 2021 Behind the Scenes in Hollywood Archives 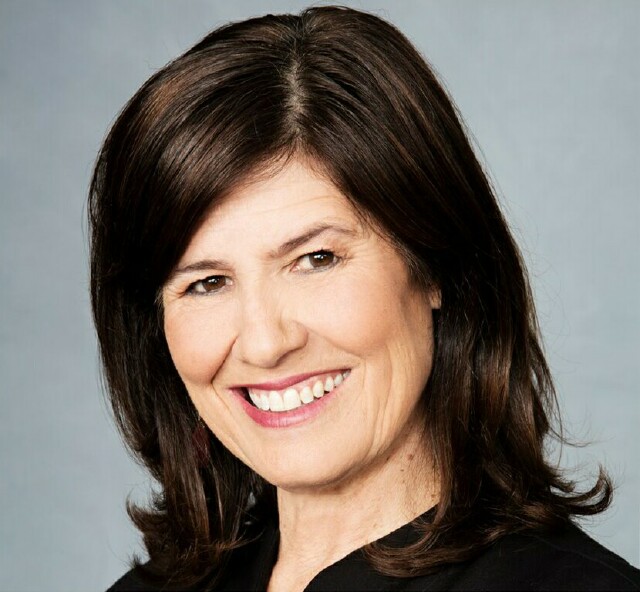 Lifetime celebrates a programming milestone this weekend with the premiere on February 20 of The Long Island Serial Killer: A Mother's Hunt for Justice, the network's 400th original movie. If you find it hard to fathom that Lifetime is only just now hitting that number, given the network's robust output of movies through the years, Tanya Lopez (pictured above), Executive Vice President, Movies, Limited Series & Original Movie Acquisitions for Lifetime and LMN, tells MediaVillage anyone would have good reason to be surprised. "We acquire many movies," she explained. "Meaning someone makes a movie, we look at it and we license it. To the audience, that looks like an original movie and you wouldn't know the difference. But this is the 400th original movie we bought, developed and produced specifically for Lifetime, as opposed to, 'Wow, that's a really great movie and will work on our schedule.'"

In addition to marking the 400th, The Long Island Serial Killer: A Mother's Hunt for Justice (executive produced by Deborah Norville), sees the welcome return of Kim Delaney to Lifetime. Delaney broke records for the network in 2007 with the premiere of the long-running original series Army Wives, in which she starred. "These days you must believe that things happen for a reason," mused Lopez. "We were making our movies and in the zone. We just didn't know which one would be the 400th. With our 'Ripped from the Headlines' line up, there were several, but we held this one.

"It's the perfect movie [for this]," she continued. "It's about a mother who will not be silenced, which we feel is an important point these days. It's a theme and a rallying cry that is not just ours, and certainly speaks to the cultural change going on in the world. And who doesn't love a true-crime story? It's Kim Delaney, who is beloved from Army Wives, and her level of commitment, to the extent she dyed her hair … She is amazing and we love her. Then add Deborah Norville, a new relationship we'd forged before the pandemic, whom I also love. I felt there was no other movie to celebrate this anniversary with and be emblematic of what the network stands for right now."

Lifetime's mission of telling stories for women, by women, is highlighted in their Broader Focus Initiative, which provides a space to nurture first-time directors. Introduced in 2015, it's something of which Lopez, and Lifetime, are particularly proud. "It continues to grow and has expanded to be even bigger on different levels," Lopez explained. "We started with the directing initiative, where actors and talent would come to us and say they're passionate about something. We'd ask, 'What else are you passionate about?'

"So, okay, let us see that person and let us be [the] network that helps you follow your dreams," she continued. "We've opened the door to so many women of color, and women who aren't necessarily a name in front of the camera. We make movies, and we want to tell these stories authentically. To do that, many of these movies should be directed, produced or written by women. We have programs that let women get their first writing, producing or directing credit. Women are shadowing one movie and directing the next. We're creating opportunities to launch women without record deals to have an original song in one of our movies. These are all things that have grown out of Broad Focus that we never thought about. Looking at the program now, it just feels very organic to nurture talent in [all] areas."

Whatever Lifetime is doing, it's working. Viewership continues to rise, as is evident by the numbers for the recent bio-pic premieres of Salt & Pepa and Wendy Williams: The Movie. "Our movies reach so many women because we repeat them," Lopez noted. "Both of those titles, at the time when I was last counting, were over 15 million viewers. With our winter slate from 2020, and 'Ripped from the Headlines,' we’ve reached over 25 million viewers. We are an entertainment network, but incredible activism happens and for this particular [milestone] movie premiere, we want to motivate those who feel they've not been treated fairly and encourage them to speak up.

"We're [also] encouraging our producers to talk about women we might not know about," she added. "Those who are influential, and emblematic of what's happened in this country [both] historically and in current times. Like [the upcoming] Robin Roberts Presents: The Mahalia Jackson Story. We're so excited about this movie starring Danielle Brooks, who is fantastic. [Mahalia Jackson] was really influential in the country and the world historically with everything from civil rights to activism. This is a woman a light wasn't shone on -- so let's talk about her!"

With Lifetime's evolving storytelling, Lopez can't be sure of what the network's 800th title might look like, but she's looking forward to watching it. "Someone asked me recently how the movies have changed," she shared in closing. "I said, 'They’ve changed like women have changed.' Women are evolving, and as we evolve our movies change. We have a female vice president now. Four hundred movies ago, could you imagine that? Things are definitely changing, and it will be a joy to see how women have evolved, and how these movies have evolved."

The Long Island Serial Killer: A Mother's Hunt for Justice will be telecast Saturday, February 20 at 8 p.m. as part of the network's "Ripped from the Headlines" lineup.