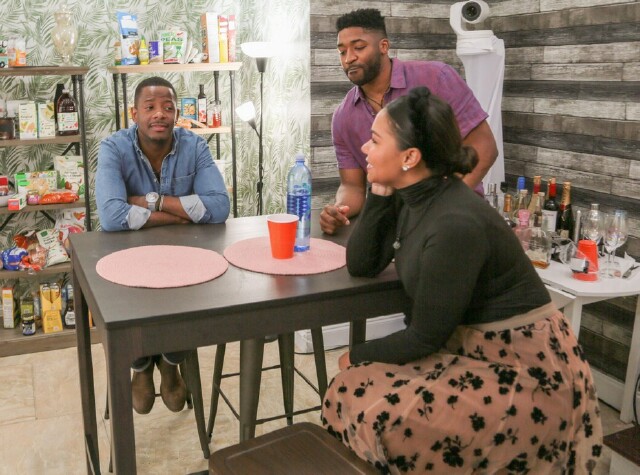 Lifetime is stepping into the world of reality show dating with their new series 5 Guys a Week. Based on the hit British version, the show is an amalgamation of The Bachelorette, The Real World and Married at First Sight  where the eligible (age and culturally diverse) suitors literally move right into a love-seeking woman's home. It's a new twist on some familiar formats and something Mercy Graciano, a 36-year-old social worker, self-published author and trained dancer (whom we meet in the series premiere) was eager to try. "I am a fan of anything love," she explained in an exclusive interview with MediaVillage. "I saw it as a social experiment, which is ultimately what the show is. So, I said let me just dive in head-first and see what comes of it." (Each episode will introduce a new woman and a fresh group of suitors.)

After two failed marriages and no serious relationships in the last twelve years, Graciano had nothing to lose. And while she had some trepidation about letting five strangers move into her home, she threw any caution to the wind and trusted in the producers' exhaustive screening process. "It was a concern in the sense of, 'Oh my God, five strangers in my house,'" she revealed. "But I also had producers and security. I literally met these guys when I opened the door to them, but in my job, I'm really good at studying people. On the show, you see me looking at them on an iPad as they arrive, but I saw more people than the five guys who came in. [The producers] did a good job at playing with my head. They [got] a really good mix of guys, but I had to base everything I did on intuition and on things feeling good and organic." 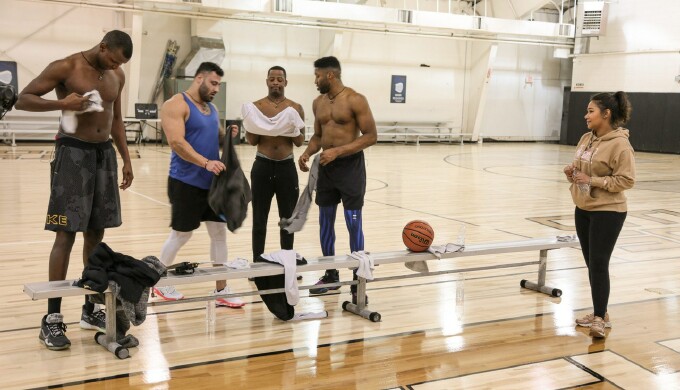 An integral element of the show's format is the importance of a first impression. However, Graciano had to cut her potential suitors some slack in that department. "I felt [some] had to lead with that 'cockiness and confidence' to mask their nervousness," she explained. "They were meeting me, and about to have 50 cameras in their faces. I don't think they walked in trying to be cocky, but immediately I was like, 'Oh my God, they're so nervous.'" It was my job to make them feel comfortable and to help them open up.

"Them becoming at ease with the situation really happened organically," she added. "People tend to just open up with me. I could literally say, 'Hi, how are you?' They probably smell my empathy. The guys did share very meaningful things with me, and the way they opened up was just heartwarming. I had to make them feel comfortable and I think I did."

Helping Graciano through her journey for love is protective brother Harlow, whose direct approach when dealing with her suitors at times hindered the process. Still, she knew he was coming from a place of family and love. "Harlow is my everything," she said of her protector. "He's my father, my brother, my best friend, and my worst enemy. I say that because he loves me with all his heart, and he's quick to call me out on anything. He did make it a little nerve-wracking as I knew his opinions would be very strong and I only had one week to decide. Harlow's input, especially in that rushed way, not only meant a lot, but carried a lot of weight. He's always out to protect me, and he did a really good job, but he didn't make it easier because he was calling the shots."

Through the experience, Graciano came to appreciate living with someone immediately, especially as it's something that generally doesn't happen in the early days of a relationship. "I hadn't lived with someone in 12 years," she said. "That was a lot, and with five guys straight off the bat … But I found jumping into the intimacy [parts] of a relationship took away any nervousness that could come with initially dating someone. We were in our pajamas and shared a bathroom. We skipped all of the 'I'm not doing this, or that, in front of someone for the first the three months' and threw every single rule out the door."

As to whether she found true love on the show Graciano is keeping tight-lipped. "You'll have to watch," she said. "But I will say I'm very happy where I am and that this show was an amazing experience for me as a woman and as a human." While It was a lot more exhausting than anticipated, she has no regrets about her participation and would recommend the process to anyone. She even made some new friends.

"I had some athletes on my episode," she shared in closing. "Me being a sports fan, we do keep in touch. And some of the other ladies who participated all found each other on Instagram and we chat. We're all very excited for each other and can't wait to see how things turn out."

5 Guys a Week will be telecast Wednesdays at 10 p.m. on Lifetime beginning July 13.