Lifetime Tackles the Crisis at the U.S. Border in "Torn from Her Arms" 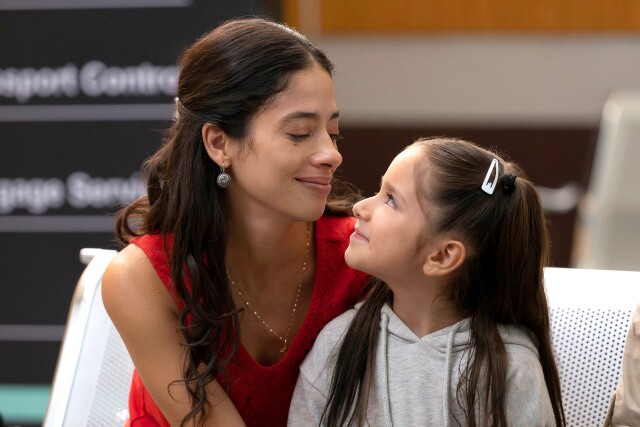 This weekend Lifetime tackles the controversial issues of immigration control and the Trump administration's Zero Tolerance Policy regarding undocumented immigrants entering the United States along its southern border in the heart-wrenching story Torn from Her Arms. It's based on the true story of Cindy Madrid (Fátima Molina, pictured top left) and her six-year-old daughter Ximena (Camila Nuñez, top right) who fled the violence of their native El Salvador to seek asylum in the United States. After being detained and separated at the border, they were placed in separate detention centers in completely different states. Forced to endure inhumane conditions and inadequate medical care, the mother and daughter also grapple with the emotional toll of being separated. Enter ProPublica reporter Ginger Thompson (Gloria Reuben), the Pulitzer Prize-winning journalist who breaks their story, and Thelma Garcia (Judy Reyes), a Texas-based immigration lawyer, who makes it her life mission to reunite the two. Thanks to Thompson's efforts, an audiotape of Ximena crying hysterically for her mother makes national news, bringing awareness to their plight and to the horrors being committed against humanity.

"I was immediately attracted to the story," said Reyes (pictured below) while recently promoting the project. "I've [followed] the issues on the border for the last four years, since it gained all that attention, and it really mattered to me as a mother. I'm completely heartbroken by the fact that a government would separate children from their parents, and I can't imagine what it's like. The thought of it always made me cry, so it felt like a gift when [this] came in my direction. To be able to participate in the telling of this story, I was excited and honored to be a part of it. The truth is, if women don't do it, it just don't get done. This film [has] all these women fighting for each other, for themselves, for the truth, and for what's right." 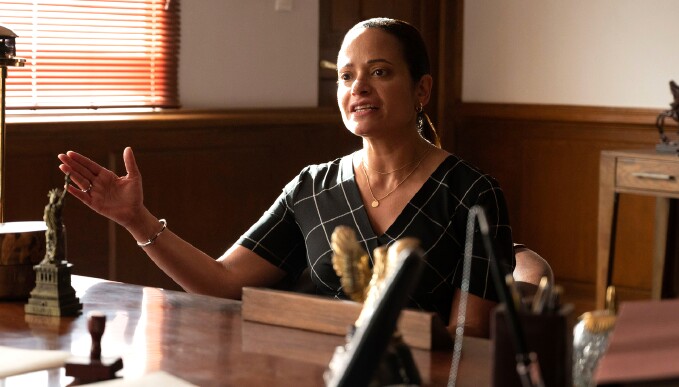 "I didn't get a chance to meet Ginger in person," Ruben explained. "I came into [this] quite late in the process and just prior to the film starting production. But I did end up meeting her via Zoom shortly thereafter. She is extraordinary. She's a Pulitzer Prize winner and has been a journalist for many decades now. She's extremely committed to the truth. Journalism has been under attack, particularly under the leadership of the same person that implemented the Zero Tolerance Policy, so I think that kind of goes hand-in-hand with the destruction of the truth, humanity, and what many of us experienced either as unfortunate witnesses, or part of the destruction of those two things as [this] story reveals.

"Ginger, as you can imagine during that time when the story broke, did travel to Texas," she continued. "She was not the only journalist who wanted to get the story. That's how our story unfolds. But there was, and I believe this very strongly, a continuous effort and dedication and drive and commitment to true journalism making its mark because eventually the truth [was] revealed. Whether people choose to believe the truth, we have no control over, but for those journalists like Ginger Thompson, the fight continues. I've portrayed living people before, but she's kind of a rock star in my book, she's amazing."

For Molina, who gives a deeply moving portrayal of the anguished mother, bringing this story to the screen was crucial. "It's really, really important for me as a Mexican," she shared. "I have no doubt of this story. I think this is a call about what has happened and continues happening. It's important that people can watch this movie and this story. I know we are speaking for a lot of people, and I'm sure many people are going to understand what we want to say, [that] this is not correct, and we want these situations changed. We need changes in all the world. I'm so glad to be a part of this project and share [it] with these amazing people and these amazing actresses. I know this is a big, big call to a lot of people, and I feel good."

In keeping with the story's authenticity, much of Molina's dialogue is in the character of Madrid's (and her) native Spanish. "For me, [that] was very important," explained Reyes of the filmmaker's decision. "It speaks to the authenticity, although it challenges the audience to keep up. The fact is, that's probably part of the challenge of the situation that caused this so-called Zero Tolerance Policy -- when people are not familiar [with it]. It allows us to step into another's person's struggle through their very experience.

"For me, it was exciting to have a film that presents the Spanish," she added in closing. "It was very important to all of us. There was no reason not to. Obviously, you have to allow a balance, but I think we did a really wonderful job, and I appreciate Lifetime for bringing the story to you."

Torn from Her Arms will be telecast Saturday, October 30 at 8 p.m. on Lifetime.