Lifetime's "Don't Sweat the Small Stuff: The Kristine Carlson Story" Was a Passion Project for All Involved 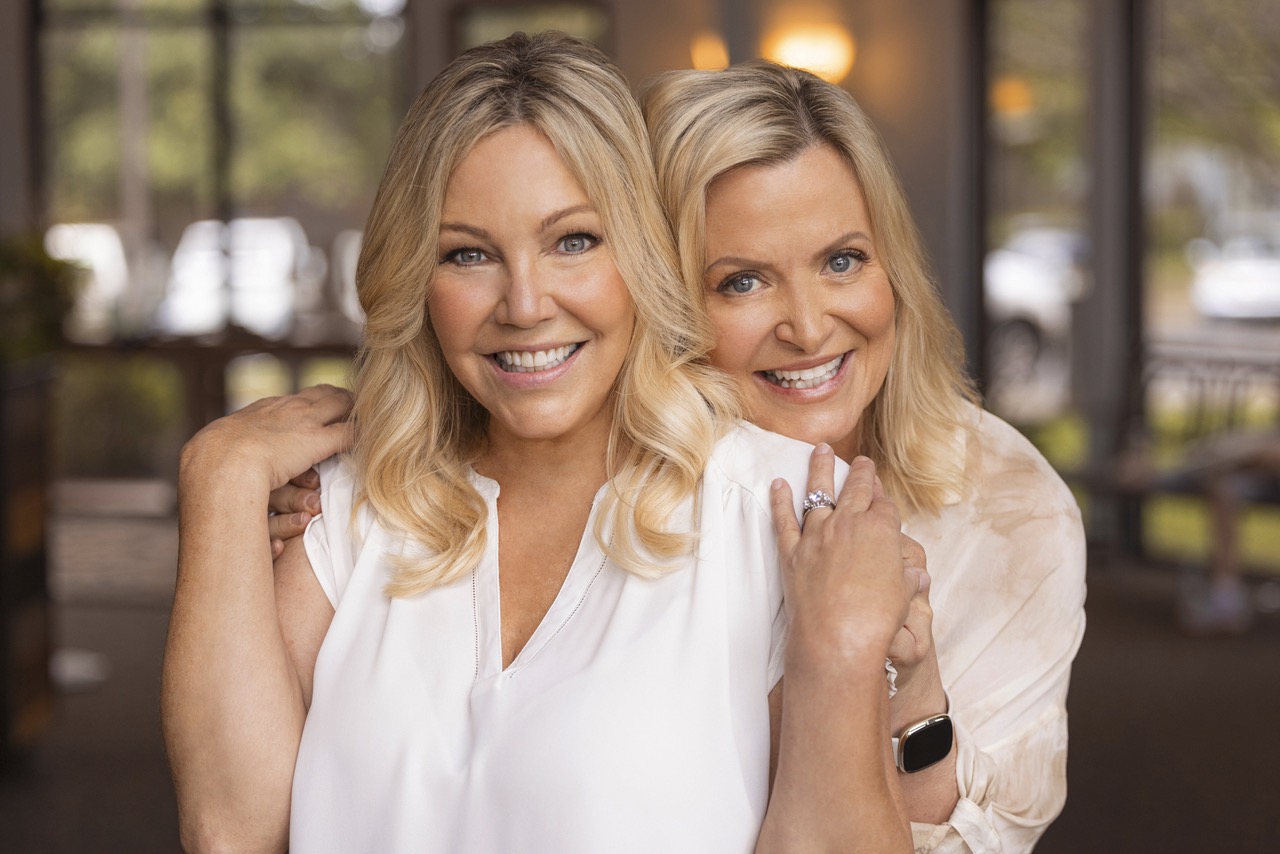 Heather Locklear (pictured top left) makes a welcome return to Lifetime this weekend in the heartfelt story Don't Sweat the Small Stuff: The Kristine Carlson Story. The movie depicts the changes in Kristine Carlson's life after her husband, Dr. Richard Carlson (the famed author of the book of the same name), suddenly passed away in 2006. Left to pick up the pieces, Carlson (top right) has no other choice than to live by her husband's words and put on a brave face for the public. However, when she's asked to continue his legacy and become the face and the new voice of the brand, navigating the pressures involved tests her limits. For everyone involved in the project, all of whom had a copy of the book at some point, it was a labor of love. "Oprah said that she put it on her night table," Locklear said while recently promoting the movie. "I had it in my bathroom because that's where we don't sweat the small stuff, according to my boyfriend.

"I actually came into this book, I think, in the Nineties," she continued. "I was busy working, [but] I did read it. Until you are kind of solid, and not busy doing things in your life in a busy world, you don't really grasp it. But I think in the last year-and-a-half it was easier to grasp. It's so specific and so good, that if we just take the one step we read that day, it's almost like reading a Bible verse or something. You take that into your day, and you can learn something."

"This project has been a 21-year passion project," revealed Maura Dunbar, who executive produced the film alongside former The View co-host Meghan McCain. "It started because, sadly, 27 years ago I lost four immediate family members in my life. I was enveloped by the darkness of loss and grief. Richard's book came out about six or seven years after, and even though it's about not sweating the small stuff, the little pinpoints of light that Richard so beautifully distills in his books became the little footholds that I was able to grab onto. When you're so overwhelmed and you can't see your way through, those little lights became beams; then rays that began to light up the room where I began to find my way through.

"It became the pathway to healing," she added. "I had the privilege of meeting Dr. Carlson and Kris and spending a weekend getting to know them. It's been an honor and a privilege to be a steward of Richard's, in getting this story out there. Kris has been amazing in indulging me forever coming back, knocking on her door and saying, "I've got another chance [to do this]." Now with the incredible support of Tanya Lopez and Lifetime, it has been an amazing journey. I cried the first day of filming as it's the most important movie I've made in my 37-year career. And Heather Locklear does the most unbelievable job with the role of Kris Carlson. She's been one of the most amazing professionals I've ever worked with."

When taking on the role of Carlson, it was important to Locklear to meet the woman whose story inspired the film. "I flew up on a coach flight -- just saying -- to meet her," she joked. "We spent a night with friends that happen to know each other. Meeting Kris was such a joy and such a light in my life. I can't imagine what she was, and is, in everyone else's life. She talked about all kinds of stuff, she showed me Richard's jacket that's in her office and has stayed there since he passed fifteen years [ago]. She shared stories and we shared coffee in her bed the next morning. I felt like this must have been what Richard and Kris had together. It felt so unique and so special."

"I don't think there's any woman alive that wouldn't be thrilled to have Heather Locklear play them," Carlson said of Locklear's casting. "I, of course, was a big fan. She was at UCLA when I was at Pepperdine. We had this amazing synchronicity where one of her college roommates turned out to be one of Richard's very first crushes in junior high and is one of her very best friends. We found all these common threads, not really six degrees of separation, but more like one-and-a-half degrees.

"I really felt that this was very divinely orchestrated; that Heather was hand-chosen by my husband Richard to play me in this movie," she added in closing. "It's been an amazing journey to get to know her and to really fall in love with who she is as a beautiful woman, and a woman with just tremendous heart and empathy. I'm thrilled, she was everything I had hoped for and more … way more."

Don't Sweat the Small Stuff: The Kristine Carlson Story will be telecast October 16 at 8 p.m. on Lifetime.