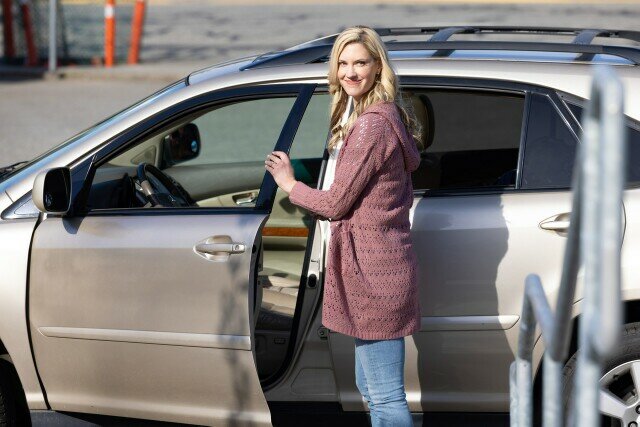 Lifetime's ripped from the headlines, month-long Summer of Secrets programming event culminates this weekend with the premiere of Doomsday Mom: The Lori Vallow Story. Based on a true-crime story, the film is a dark tale of a mother's obsession with religion, the rapture and the afterlife -- one that leaves a string of bodies in its wake and really should be viewed to be believed. Lauren Lee Smith (pictured at top and below left) stars as Vallow, a devout Christian who -- after discovering the writings of Chad Daybell (Marc Blucas) and then meeting him at a book signing -- becomes convinced (at Daybell's suggestion) that dark forces have inhabited those closest to her with the intent of destroying her. Her encounter with the married writer leads to an affair, and it's only after her husband is killed in "self-defense" by her brother, and her two young children JJ and Tylee are reported missing by her brother and sister-in-law (played by Patrick Duffy and Linda Purl), that anyone realizes something nefarious is afoot.

"I actually wasn't familiar with the case," Lee Smith admitted recently while promoting the project with Blucas (below right). "It was at a time when we were all in full-blown, lockdown COVID craziness. I was in Toronto with my young daughter trying to sort of keep sane and there was no TV around. Our director, Bradley Walsh, brought [the project] to my attention a couple of weeks before shooting began. We were catching up and he asked what I'd like to do next? I was looking for a challenge and something to sink my teeth into. One thing led to another, then I found out I'd be [doing] this with him. What surprised me the most about it was the initial reaction of finding out about the story in general, finding out exactly who this woman is and what had happened." 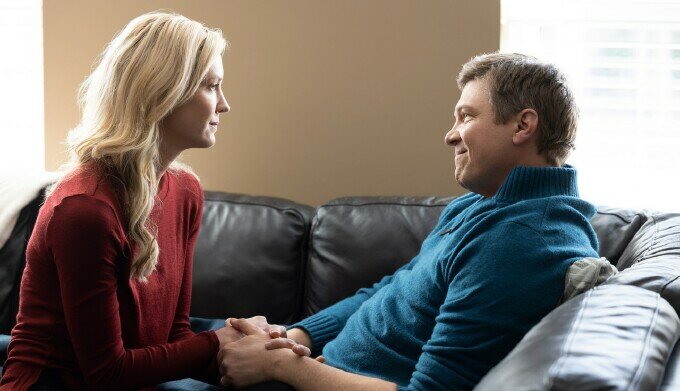 "I had known about it in a very peripheral kind of way," Blucas added. "It had been a year since everything had happened, so the first thing I did was get on the internet. Boom! Type these two [names] in and the first thing that came up was mug shots. Two things came to mind right away when I saw them that really attracted me to the project; at first glance, Lori is very attractive, Chad maybe not so much, which sounds shallow. But in his mug shot, I saw remorse. I didn't see that in hers. It really felt like we have a lot here, only we don't have all the answers.

"Chad started taking Lori down a very committed path and at some point, in their journey, it's almost like she leapfrogs him in the power dynamics or in the commitment of their beliefs," he continued. "I thought that was a fascinating study, not only as an actor, but as a singular character."

According to both actors, connecting with their characters was not easy. "At the end of the day, these are not great people," Blucas shared. "It's our jobs as actors to find how we can like them and portray something three-dimensional and real. I'm a very committed and passionate person, [but] about different things than I think Chad was committed and passionate about, or what he tried doing in bringing people together as a leader. You can't question the fact that they had a conviction of what they believed, and I may not be in the same category with what they believed, but I could relate to [having that kind of conviction] and start there."

"That's really sort of all you can do," concurred Lee Smith. "With these characters, you find exactly that, then try to find the little moments you can [show] a sort of humanity. I'm a mother, so it was finding those moments where you could see her love for her son and daughter, JJ and Tylee, then really infusing that as much as possible." 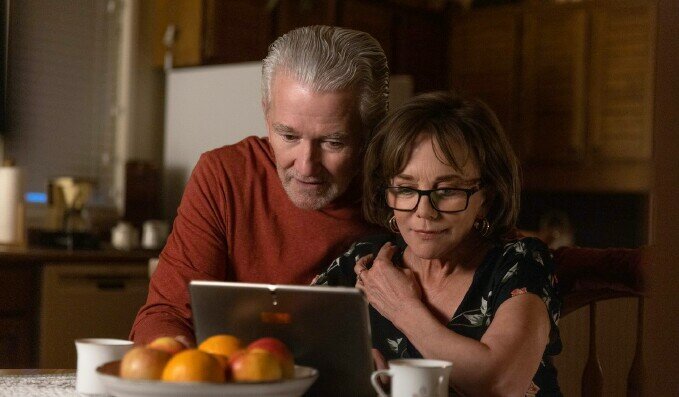 For real-life couple Duffy (above left) and Purl (above right), who don't share any scenes with the film's leads but are an integral part of the storyline, connecting to their characters as crusaders for justice was easy. "I was in the Grand Canyon with my son, who was then about eight years old, and I lost him for the ten longest minutes of my life," Purl revealed. "It's an out-of-body electric shock experience that I wouldn't wish on anyone. So, I was able to conjure that up when [our characters] were looking for justice and the kids. You do drop to your knees, grateful that your family is safe. It highlights gratitude in our lives when you walk down, even for a few minutes, the road of these people who have lost so much. I have no idea how you recover from that."

The film also provided Duffy and Purl with their first opportunity to work together. "We were driving to Colorado from California when the phone rang," Duffy recalled. "I think Linda's name might have been mentioned first in terms of this when I look at the conversations that your people have when you're doing these things. But it was our first chance to actually play a husband and wife, and our first time as actors we've ever walked to the set holding hands with the person that you're with."

"It felt weird," Purl laughed. "But yeah, I guess it's okay. At the end of a scene, Patrick patted me on the bottom and said, 'Nice job honey.' I thought, 'Well, that's the first time that's ever happened.' It was fun."

Doomsday Mom: The Lori Vallow Story is telecast Saturday, June 26 at 8 p.m. on Lifetime as a part of the network's Summer of Secrets programming event.