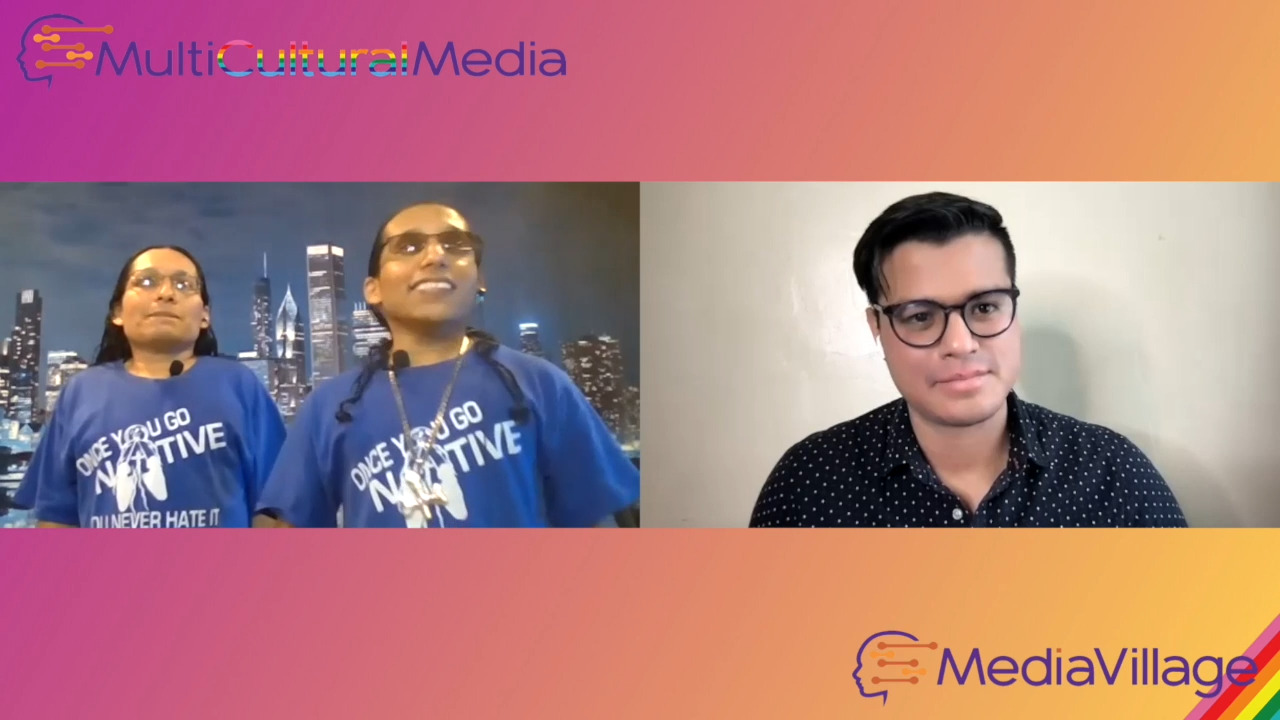 Joining us from Oklahoma City are brothers, rappers and actors Lil Mike and Funny Bone, who received national recognition after their viral performance on America’s Got Talent in 2013 where they showcased their Indigenous heritage through their original rap song "Do The Rain Dance" that wowed the judges and audiences alike. The pair has recurred as the equally hilarious and talented brothers Mose and Mekko on the hit FX on Hulu comedy series Reservation Dogs which, while snubbed by the Emmys, won the AFI Award, Independent Spirit Award, Peabody Award and Gotham Award for its premiere season.

It was during the height of the COVID-19 pandemic that the two first received word about casting for the Reservation Dogs pilot from their managers -- after their concert tour dates were canceled and they were on the lookout for their next booking. They share that after looking at the script they felt the characters were not what they initially expected. "They were eleven-year old kids!" Lil Mike declares. "Their lines had cuss words in them, so we asked, 'Can we change this up a little? These jokes aren't really funny enough.' And [casting] said, 'Make it your own!'" They did exactly that, asking their brother to read the other lines. They sent their audition tape to casting, and quickly received an offer.

To find out more about the brothers' journey, watch the full interview above or listen wherever you download your podcasts, includingApple, GooglePodcasts, iHeartRadio, Pandora, Stitcher and TuneIn.