Linda Dano Is Having "A Little Daytime Drama" on Hallmark Channel 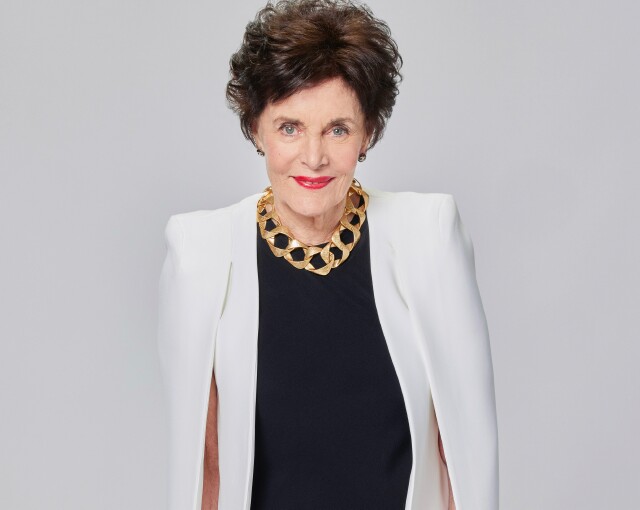 Linda Dano makes a welcome return to television this weekend and her Hallmark Channel debut in the premiere of A Little Daytime Drama, co-starring fellow soap opera alums Jen Lilley and Ryan Paevey. (She made her Hallmark Movies & Mysteries debut two years ago at the invitation of her dear friend Alison Sweeney in Chronicle Mysteries: Vines That Bind.) Given her personal experience with daytime drama, the role of an executive producer on a soap made her the perfect choice. "When my agent called and said, 'They want you for this role,' I said, 'Oh, I don't think that's much of a stretch, and I can do this one,'" she laughed when MediaVillage spoke with her exclusively for the project. "I loved it. My reaction was yes, absolutely. I was thrilled to be asked, as I knew the background and what it was about. I lived it for what, 35 years of my career? I got it, I understood the closeness that happens on a soap opera or whatever show it is.

"But you have to remember when you do a film the thing that helps the most is good writing, and then the people you work with," she continued. "And there was such generosity between Jen and Ryan, and I felt right at home with our producer Kim (Arnott). Within days we felt a part of a big family. When that happens, and it doesn't happen a lot, it's like the most fun, freeing experience ever. I believe that's the experience people who've been on a soap opera for years, like myself, have. [They] become your family as you spend more time with them than your real family." 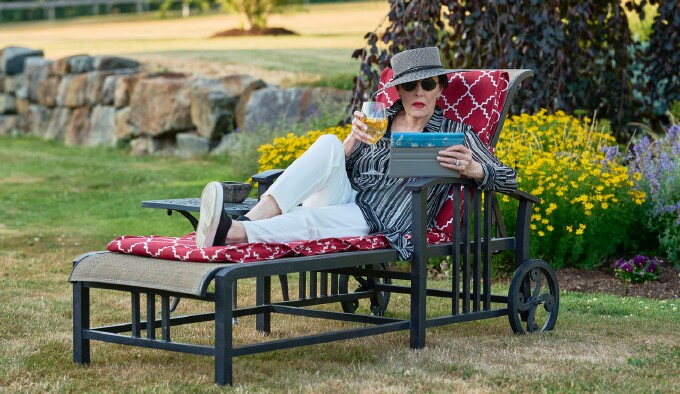 In the film Dano portrays Alice, the creator/producer of Forever Is a Long, Long Time, a popular long-running daytime series. With retirement looming, Alice has hopes head writer Maggie (Lilley, pictured below right, with Dano) will carry on her legacy. But with ratings declining, there's a chance Forever may not be around much longer. In a desperate move to bolster ratings, Alice hatches a plan to bring fan-favorite Darin (Paevey) back to the show and entrusts Maggie to make it happen. But with their complicated past, and the fact his character befell a tragic demise when he left the show, convincing him to return is not going to be easy.

For Dano, having two veterans of daytime alongside her made shooting this movie a dream. "Everything was just flawless in terms of how the three of us felt together," she beamed. "It was like we knew each other, and I hadn't met either of these actors. I'd certainly seen them, and from day one it was like, ‘Oh, I love your work; and I love your work.' I remember as Felicia Gallant (the character she played on Another World) they had written a love story for me, and I will not mention names, but I had to be in a love story with [an actor] and it was the last thing on the planet he wanted. I'd go to my dressing room and cry, feeling so bad that he didn't like me. But with this, it was like, 'Hello, I think I really love you!' I don't know why that magic happens, but when it does, it's so great." 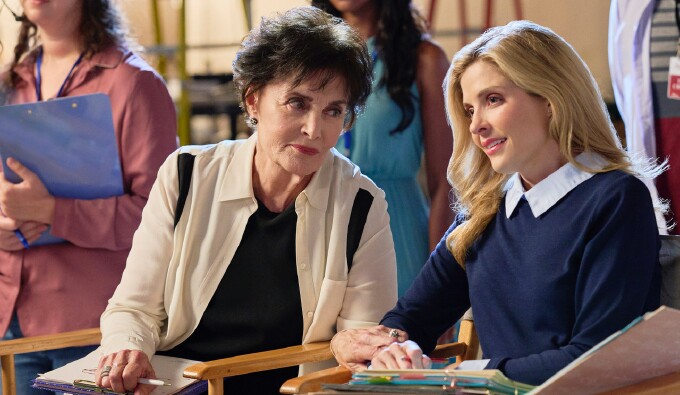 After years of daytime experience, Dano had no problem devising her character. In fact, Alice is based on someone she knew, although, again, she's not naming names. "I had an absolute favorite executive producer in my career that I adored and trusted," she shared. "We became such close friends and still are to this day. I called her to say, 'I've gotten this part and I'm playing you.' So that was great fun. I also loved that the show within the movie was not conceived as a joke towards daytime television. It was very respectful, and all the [people] who played parts as actors in the soap were so generous. All of us just had such a great time, we really did."

Dano also related to Paevey's character -- a star being asked back to a show who doesn't like his storyline. It's something she experienced first-hand. "Should I dare say I've been there many times?" she asked with a laugh. "Yeah, that comes up. I went on As the World Turns after leaving One Life to Live and they gave me a storyline with a veteran actor who hated it. They were breaking up a long relationship with his [onscreen] wife and he thought his fans would hate him. There I am with my thumb in my mouth not knowing what to do. It was really tense; he wouldn't kiss me. It was a real struggle. I'm a softie so you can take me out with very little. He took me out."

In addition to Hallmark, Dano returned to daytime earlier this year, filling in as villainess Vivian Alamain on Days of our Lives. However, following the passing of her beloved husband Frank Attardi in 2004, she'd all but left the acting world. "That was really a blow for me," she reflected. "I said, 'That's it, I'm not doing this anymore.' Everything I did reminded me of him, and it made the experience sad instead of joyful. So, I didn't work for quite a while, even though I'd get asked. Then Hallmark called.

"I'm saying this sincerely," she added in closing. "I watch Hallmark Channel, as it's like going home. There's a kindness and generosity among the people and the stories are always so sweet. I have it on during the day. I knew Ryan and Jen not only from daytime but also from Hallmark. Now I'm in the family, and I would do this again in a heartbeat. Oh, and I still want a Christmas movie! Anything where I wear a Santa suit! Sign me up!"

A Little Daytime Drama will premiere Saturday, August 21 at 9 p.m. on Hallmark Channel as part of their annual Summer Nights programming event.