Linda Ong of TruthCo. on Trends vs. Fads and More -- Charlene Weisler 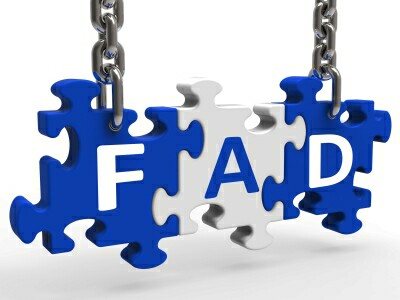 In this interview, Ong talks about which societal trends are most impacting our culture at this time, the impact of Millennials, what types of research metrics her company uses; how TruthCo. delineates trends versus fads, how connected TVs impact cultural change and how the media landscape will evolve over the next few years, and much more.

Linda Ong, has worked for both agencies and television since college. Now, as CEO of cultural branding firm TruthCo., she provides strategic guidance helping network brands such as Bravo, Animal Planet and Univision become a force on the cultural map. According to Ong, TruthCo. mines cultural trends that can be used to track the relevancy and authenticity of a brand message for a company. “Fifty percent of our work is cultural analysis,” she explains, “and 50% of it is brand strategy.” There is a qualitative research component to this called semiotics which is the use of symbols and signs to understand the meaning of long term societal trends.

In this interview, Ong talks about which societal trends are most impacting our culture at this time, the impact of Millennials, what types of research metrics her company uses; how TruthCo. delineates trends versus fads, how connected TVs impact cultural change and how the media landscape will evolve over the next few years, and much more.

Charlene Weisler: Can you provide a profile of American culture today?

Linda Org: American culture today is in a really interesting place. We are about six or seven years out of the economic collapse which was very profound and impactful for everyone in the country. Probably Millennials have felt it the strongest. We call it a post-collapse culture where there is a recognition that something bad has happened -- something tragic -- that has collectively affected us all. And that forces people in their everyday lives to see the world differently than they did before the collapse. So when you are struggling economically -- to have a job, to keep a job, to pay bills -- you see the world differently. You process other things that seem equally difficult in the world. Everything from a natural disaster, like an earthquake or a fire, to a man-made disaster like a Bernie Madoff or a Lance Armstrong, to social disasters like Ferguson or school shootings. All these things become connected in an ecosystem of chaos because people are fundamentally struggling themselves.

These things have happened throughout time but when times were better before the collapse and everybody was focused on making the most money possible, having the best plastic surgery, having the biggest house for the most money, we forgot that there was a human cost to this. Now we have a culture that doesn’t trust institutions -- and an institution can be anything from a media company to the music industry to Wall Street to banking -- anything that was an established way of thinking and doing things. You see a culture that is fueled by a Millennial spirit, which is that we need to make better systems. So instead of banking you have Kickstarter. Instead of Hertz you have ZipCar. You see a much more practical way of living.

CW: What is the difference between a trend and a fad?

CW: So there is a difference between popularity and cultural significance?

LO: Popularity does not necessarily mean cultural success -- certainly not sustainable cultural success. We see sometimes that the things that are most popular or most numerous in our culture aren’t necessarily considered the highest quality. So you have the conundrum now between ratings success which is a numeric measure of popularity vs quality perception in our culture. A show like “NCIS,” which is the No. 1 rated scripted drama, is not held up generally in mainstream culture as the highest quality show, whereas a show like “True Detective” or “Sons of Anarchy” or any of those shows that have been widely lauded as cultural successes don’t have the numbers of a “NCIS” and yet those are the ones that people talk about. We believe, because of our analysis, that cultural success is necessary now in order to gain ratings success.

CW: Linda, give me an example of how your research is used.

LO: We have a better real time picture of how things will be received than traditional consumer insights which tend to rely on when consumers have already ingested or articulated an idea. Our track record over that past six years has been phenomenal at articulating swings in culture, shifts in culture and how things will be received. For example we just finished a study on how television news needed to shift to address the new paradigm of viewers, especially Millennials. Only a few weeks afterwards we saw the Brian Williams story explode and many if not all of the points being debated now in that story are things which we already anticipated in our study.