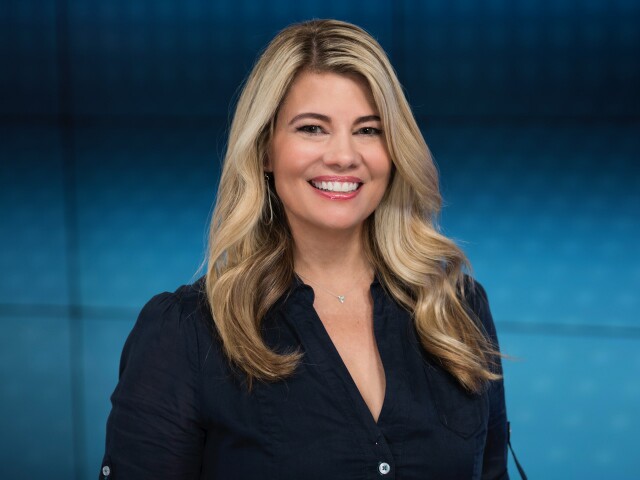 Since its nationwide launch in 2008, MeTV has become a destination network for viewers of classic television, giving new life to shows like The Jeffersons, Charlie’s Angels, WKRP in Cincinnati, Leave it to Beaver and The Facts of Life (to name just a few).  This weekend the retro network moves beyond that status with the premiere of Collector’s Call, a brand-new unscripted series marking MeTV’s first foray into original programming.  Hosted by Lisa Whelchel (Blair from The Facts of Life, one of MeTV’s most popular shows), the program explores the various worlds of avid collectors across the country, covering everything from books to movie posters to TV-related toys.

First seen in 1977 as a member of The New Mickey Mouse Club, it was the 1979 debut of Facts(and subsequent 209 episodes) that propelled her into the pop-culture pantheon.  Apart from a stint on CBS’ Survivor: Philippines (in 2012) and some Hallmark Channel projects, Whelchel hasn’t actively pursued the Hollywood life.  Instead, she’s living in Nashville and working as a life coach.  However, she’s delighted to be returning to TV in this format.  “This is MeTV’s first original program and it really feels exciting and a privilege to be a part of it,” she told me during an exclusive interview with MediaVillage.  “I had worked with the producer before and living in Nashville I wasn’t actively pursuing show business, as I just don't have the stomach for [it] anymore.  But I’ll always consider something if comes along.

“When I was approached with this idea it was personally exciting,” she continued. “I just thought how fun would it be to travel the country, meet collectors and learn about them.  It's amazing how much you can learn about subcultures, the things that they collect.  And I got paid for it!  It was a no-brainer.” 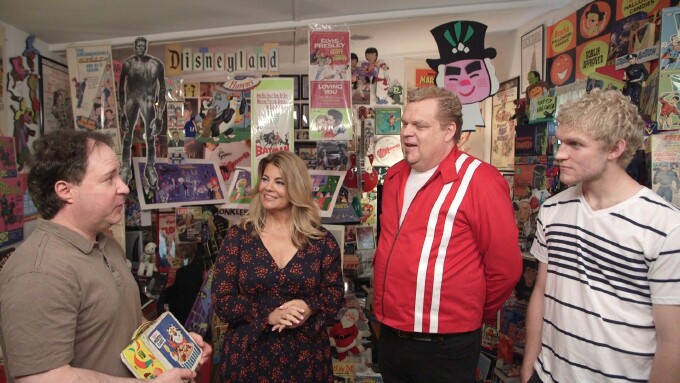 Whelchel said she’s no stranger to the world of collectibles, having once collected antique dolls and stuffed bears.  It was an aunt that first gave her insight into it.  “[She] owned an antique store for 20 years and along with my grandmother and mom, was one of my primary travel buddies when I was a teenager and through to my 20s,” she explained.  “We’d travel the world together and she’d buy things for the store, so she trained me on what was valuable and what to collect.”

While these days her personal collecting is relegated to just a few personal items (including her Mickey Mouse Club ears that went up for auction by Vault Disney a few decades ago), Whelchel understands what makes collectors tick.  “It's not just about the collectibles; it's about the heart and finding a bargain and the joy that sparks,” she noted.  “That’s one of my favorite things about the show, meeting the collectors, hearing their stories, and once you do -- you get it.   There's something for everybody, whether you collect or don't.”

Last year Whelchel became a collectible herself with the resurrection of the legendary 1970’s toy company Mego, famed for its licensed action figures, which have since become very collectible.  One of the first toys the company distributed was a Blair “action figure.”

“I didn't know about Mego till we covered a collector on the show who collected ‘50s, ‘60s and ‘70s memorabilia from TV shows,” she shared.  “We filmed it before the Blair doll came out.”  When Blair appeared on store shelves, “I was like, 'Oh my goodness, I know this company and I am in the same company as superheroes!’  That's kind of cool, and while it doesn't look like me at all, it doesn't matter.  It has the uniform, name and hair, so for me it wasn't about that. It was just the thrill and privilege of having a character figure and that feels great!”

In addition to the weekend premiere of Collector’s Call, MeTV celebrates another milestone for Whelchel, The Facts of Life 40th anniversary, by presenting a handpicked selection of her favorite episodes.  “I'm shocked to hear it's the 40th anniversary,” she laughed.  “There have been many successful opportunities that have come along for me, but I have to tie it all back to Facts.  “I believe [our] show about girls who are friends touched and pulled the heartstrings of viewers everywhere.

“There’s something about the friends you make as a child that makes you feel good,” she added, referring to her young co-stars.  “There was something unique about sharing the experience with those girls.  Few people know what it's like to be a child on television and go through all that.  Certainly, all the bonding experiences, but there is also a price to be paid that isn’t a part of the normal experience of growing up.  There's no one in my life but those girls who know that significant part of my life.”

To this day the Facts cast remains close, even participating in a recent conference call to discuss the possibility of future collaborations.  However, selecting those top five episodes wasn’t easy for Whelchel.  “They weren't off the top of my head,” she shared.  “With over 200 shows filmed it was very difficult. My criteria:  Where I was having the most fun, with broad humor and slapstick comedy.

“I'm really grateful to networks like MeTV,” she said in closing.  “They provide programming for new generations to enjoy classic shows.  It truly is such a gift to have these classic shows on there that the whole family can watch together -- that's rare.”

Here are the guest stars and co-stars on The Facts of Life that Whelchel considers the most memorable.

George Clooney:  "He was up for an Academy Award years ago and someone asked me, 'What it was like to kiss George Clooney?'  I replied, ‘I never did, he was the handyman and we never had a romantic interest.’  I was told I had kissed him on the show and was sent a link to a clip.  [Blair] was pretending to be his girlfriend to make his ex-girlfriend jealous and she just planted one on him.  How in the world did I forget it?"

Cloris Leachman:  "She was a hoot and bought a very different energy than Charlotte Rae.  There was no way she could fill Charlotte's shoes and she really didn't try.  She didn't try to be the nurturing mother off the set; she was just our wacky friend, eccentric and delightful."

Helen Hunt:  "She was super-young and was of the same generation as me when I was going out on auditions."

Jermaine Jackson:  "That one was fun.  Kim Fields was good friends with Janet Jackson, so there were times Janet would hang out on set.  Michael, too.  My son is a musician, so when I told him I had the chance to hang out with Janet, Michael and Jermaine Jackson I scored big points."

Eve Plumb:  "That was an important show where Blair questioned her faith and God because of her parents’ divorce.  It’s one of those shows you wouldn't think would be tackled in a sitcom, but it was so beautifully handled."

Zsa Zsa Gabor:  "That's one of the five I selected for the MeTV marathon because she glides into a room and while I don't remember her wearing her perfume, she just smelled beautiful."