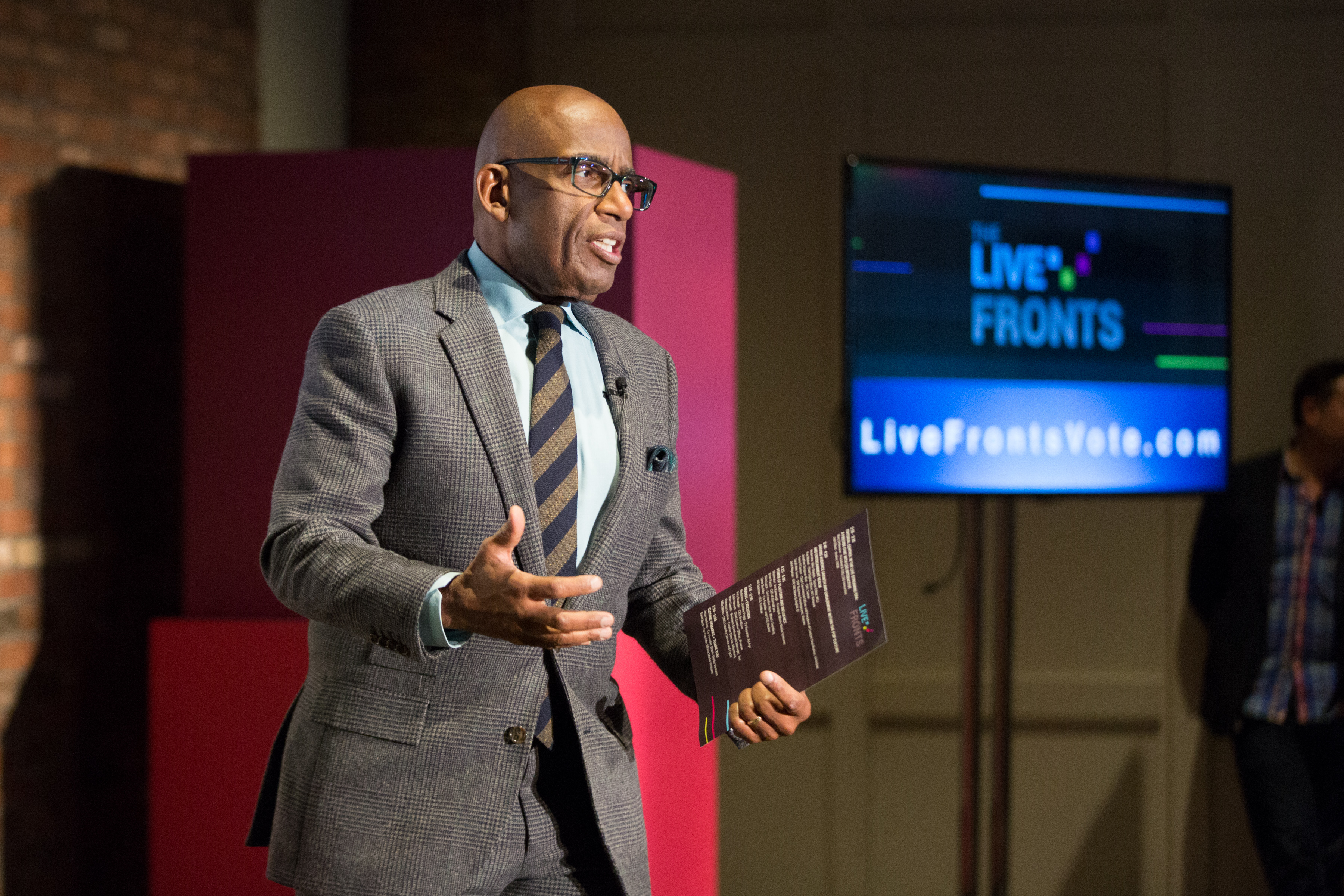 The first question I had when I received the invitation to the LiveFronts was, "What are the LiveFronts?" I soon learned that, collectively, they comprise the very first conference dedicated to the delivery, reportage and sales of live streaming regularly scheduled programming. This is a growing category of programming hastened by the increasing number of platforms from which to create and stream content.

The LiveFronts offered an opportunity for a collection of producers and creators of live programming to fully explore the nature of their ecosystem and how it contributes and enriches (and in some cases competes with) the larger media environment through its use of established and expanding platforms such as Facebook Live, Snapchat, Twitter and YouTube. It is a growing and innovative sector of the industry and has the potential to change the way viewers interact with content and the way we valuate that interaction.

Al Roker, TV personality and weather forecaster for NBC's Today show, has become a force within the regularly scheduling live streaming marketplace and launched his own company called Roker Media to advance the cause. He is excited by the immediacy and unpredictability of the live programming format. "What really seems to be resonating with viewers and consumers of video is live programming," Roker said. "And not just live, for live's sake -- but thoughtful, engaging, interesting programming with people that folks want to watch on a regularly scheduled basis with the spontaneity and unpredictability that live programming brings to the table.

"Some of the best moments that I've been involved with in my 40+ years of television have happened live," he continued. "They can't be planned, they can't be predicted. But if you put the right ingredients together, with the right people, there's a very good chance that good stuff happens." 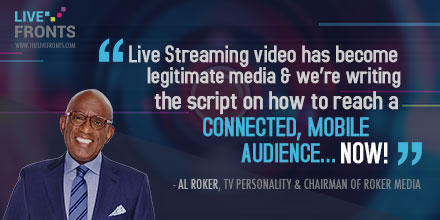 Mark McIntire, CMO Roker Media, noted that "live streaming regularly scheduled programming is comparatively new. We are seeing that people are fascinated by the possibilities of interactivity and the opportunities it creates for brands and programmers."

Jesse Redniss, Co-Founder BRaVe media, noted that the reason for the LiveFronts was partly because the market is moving quickly after the Newfronts and the opportunity is there "to take live streamed programming and make things happen, monetize it, track it and measure it."

Jim Bell, Executive Producer of NBC Olympics, is seeing a cultural shift in how viewers are consuming Olympics content.  "It is a daunting and crazy moment in our future," he said. The Rio Olympics had their share of challenges including the Zika virus, politics, crime and water pollution. But the NBCU Rio coverage was a great success, Bell declared. "It was our most consumed Olympics ever. There was more available content than ever, [they were] the most dominant [in terms of social media] ever, and [they were] the most profitable."

The amount of content available from an event like the Olympics has seen exponential growth.  "Twenty years ago in Atlanta there was a grand total 170 hours of the Olympics," Bell said. "Fast forward 20 years and 170 hours has grown to nearly 7000 hours of content at the Rio Olympics."  Curiously, while 200 billion minutes of Olympic content were consumed from NBCU's various platforms, only 3% of the content was consumed on digital, according to Bell. The rest was consumed on cable and broadcast. "Digital represents growth and our content will be focused on digital going forward," he said. "But I was simultaneously confused and amused by the level (of digital viewing for Rio)."

The issue of measurement looms large in this programming sector. Unless we find ways of crediting viewing, exposures, engagement and other forms of consumption, the ability to fully monetize the inventory is hampered.  "Nielsen is still the standard by which things are measured," Bell admitted. "Does it make sense all the time? No, but it is what we've got. It is an accepted measurement."

Do we base audiences on social behaviors like shares and likes? Some believe that this indicates engagement. "The good thing about live programming is that it is easy to measure," noted David Wong, Senior Vice President Digital Product Development at Nielsen.  "It is consumed in a limited time frame while on demand can go on forever. The number of views is a great measurement for live because views are an on demand type of measure. Average view by minute is relevant for an advertiser."

Concentrate on Providing Great Content According to the Platform

Will Funk, Executive Vice President Sales and Property Partnerships, Turner, noted that "people will go to the best available screen," to view content. In the case of digital, there are a range of platforms that viewers can utilize -- and content creation can be fluid and happily unexpected when it is live.

Clark Pierce, Senior Vice President, TV Everywhere at Fox Sports, shared a moment of content serendipity. Fox was interviewing Pete Rose for a digital video when, according to Pierce, "Pete Rose listed six things you can do when you are in a slump. This went viral and it was a beautiful thing."

Rich Greenfield, Managing Director, Media and Technology Analyst BTIG asked his panel if content owners should develop their own delivery platforms.  "There is a difference between being a content provider and a platform," replied Borja Perez, Senior Vice President Digital and Social Media, NBCUniversal Telemundo Enterprises. "We are a content producer and we won't be good at building platforms. Our job is to create the content. Platforms will come and go. We should work with the available platforms and concentrate on how our content works on those platforms."