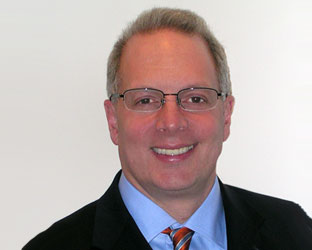 Let’s say this commentary was posted yesterday, is it still of value to you today? What if you save it to read two or three days from now? Should your page view be counted?

Let’s say this commentary was posted yesterday, is it still of value to you today? What if you save it to read two or three days from now? Should your page view be counted?

Of course your page view should be counted. In fact, it could be argued that you’re a more engaged reader because you’ve taken extra effort to “time-shift” your consumption of this column.

In Q4 2012, Nielsen reported that 96% of Prime viewing occurred within three days, while only 67% occurred live. As TV consumption habits trend toward greater time-shifted and screen-shifted viewing, there is considerable buzz that C7 will start replacing C3 in the 2013 Upfront. Among key Upfront deal-makers, the first C7-announcement question seems to be “who?” rather than “when?”

Network programs (and the national commercials within them) are seen by viewers on affiliate television stations in local markets. Those local audiences have the same time-shifting viewing habits as network audiences because they are the same audience. Therefore, it makes sense to TVB that the most accurate measure of local time-shifted viewing, the data stream that most closely correlates with the accepted network standard, be acknowledged by the industry.

According to Nielsen, there is currently no path to C3 ratings, locally, and there won’t be in the foreseeable future. What is available is Live-only, Live + Same Day, Live + 3 Days and Live + Seven Day data streams. Given that C3 is the accepted standard for national television, Nielsen has been monitoring the correlation of Live-only and Live + Same Day ratings to C3 since 2010. Consistent with the increase in time-shifting viewing behavior, Live + Same Day data has moved closer and closer to C3 while Live-only has moved farther and farther away.

TVB recently released the results of a Nielsen analysis of time-shifted data. The data reveals that the gap between Live + Same Day and C3 has closed to within 4%, while the gap between Live-only ratings and C3 has widened to nearly 25%. As confirmed by the ABC and NBC Affiliate Boards, it is local broadcasters’ intention to have data available to brand managers and advertisers that is most representative of consumers’ true viewing behaviors. On behalf of the ABC Affiliate Board, David Boylan, Board Chair and VP, General Manager of PostNewsweek-owned WPLG-TV, Miami said in a recent statement, “In this era of growing DVR penetration, VOD usage and screen-shifted viewing, it is essential that our industry have the most reliable and accurate local viewing data. The ABC Affiliate Board supports TVB’s assertion that local Live + Same Day data most closely approximates today’s national C3 data.”

And in his statement on behalf of the NBC Affiliate Board, Jordan Wertlieb, Board Chair and President of Hearst Television said, “It’s clear that technology has enabled viewers to increase their consumption of, and loyalty to, broadcast television shows, and that all viewing, whether live or delayed, should be captured and credited to the program provider.” Wertlieb added, “With C3 data being unavailable in the local markets, it only makes sense to simplify the media-buying process by better relating local-TV audience data to the nationally accepted C3 ratings currency.”

MediaPost recently took TVB to task for “…offering up all kinds of data that at its core was an effort to forestall commercial ratings ever being used as currency in local markets.” That is not our intention. Rather TVB, along with major local television broadcasters, is advocating for audience measurement that most accurately represents viewer and consumer behavior.

Simply put, Live + Same Day data is not only more accurate, it is the most logical and reasonable measure of local television viewing. It mirrors the three-day time-shifted currency currently accepted by network advertisers and prepares local TV measurement to progress as the national currency advances to capture C7 and cross platform viewing.

Steven J. Lanzano joined TVB as president on January 1, 2010. He came to the association from MPG U.S., where as chief operating officer, he was responsible for the strategic and operational leadership of MPG's marketing and service professionals across the U.S. He oversaw all client accounts at MPG, including Fidelity, Dannon, Volvo, Reckitt Benckiser, Sears, CBS Films, and McDonald's.