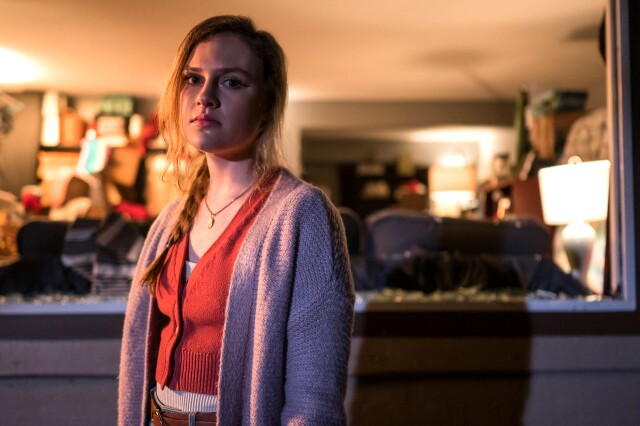 Stories inspired by true events of all kinds are nothing new for Lifetime; indeed, the network has largely created its brand around them. But this weekend they charter new territory with the premiere of Dirty Little Secret, a tragic tale set amidst the backdrop of hoarding. In the film Lizzie Boys (pictured at top) portrays Lucy, a normal seventeen-year-old who is forced to live with the fact that her mother Joanna (Melissa Joan Hart), a nurse, suffers from a hoarding disorder. Unable to have friends over, and abandoned by her older sister, Lucy feels isolated and trapped in her own home. But when her mother's health takes an unexpected turn for the worse, she is forced to make a devastating choice -- expose the shame she has lived with or do anything to help keep her mother's secret. When accepting the role, Boys had no idea that the movie was based on real events, or how emotionally and physically taxing it would be. "I found out after reading the script," she explained in an exclusive interview with MediaVillage. "I got this movie about two weeks before we started shooting, so it was all very quick.

"In my research, I started looking at Hoarders on A&E," she continued. "Then I tried to get into the mindset of what it would be like to be [one]. I soon realized I was making a mistake because that's not where my character Lucy is coming from. Lucy doesn't know what it is to be a hoarder. She knows what it's like to live in it, and that's vastly different. So, I started looking at interviews with children who were affected by it, and it's tough to watch. It was tough to delve into, but honestly, I feel super-honored and privileged to be able to do that as an actor as [the subject] is something that has not really been highlighted in a [Lifetime] film before." 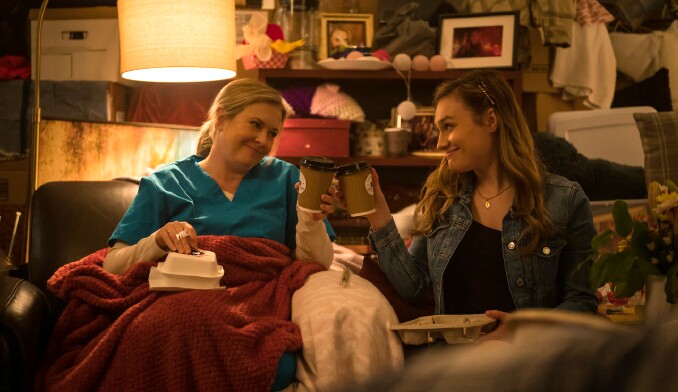 Boys found the challenge of portraying a character trapped in and powerless to change her environment to be very interesting. Then everything became very real walking onto the film set on the first day of shooting. "Oh, goodness, walking into that house was such a unique experience," she recalled. "The house was done so exceptionally well, and I felt a sense of familiarity. At first, I was like, 'Wait, why?' I should be shocked and freaked out. Then I went, 'Oh no, no, no,' that's exactly where Lucy is coming from. This is her world and what she knows. There's always a sense of, 'This is not how she should be living.' But after a certain amount of time, I think, it just becomes the world that she knows, which doesn't mean [it's] a good thing.

"I sat in that place," she added. "I walked around and familiarized myself with as many items as I could and created a relationship to that house as that was really important. But it wasn't just me in there; we had a whole crew, so it was a funky time trying to navigate our way through all of that. The house is almost another character in the film, and while it got a little dangerous, it was a reminder of what it's like in these real-life situations and how these houses can get so extreme and are actually a safety hazard.

"It was a little taxing being in the house. I think everyone, not just Melissa and I, but the whole crew felt it. It's not just boxes; it just didn't feel safe to be there. So, it was taxing emotionally and a little bit physically. But there was part of you where you go, 'Oh man, while this is a lot of weight, it's cool I get to do this.' There's an energy that you get from that." 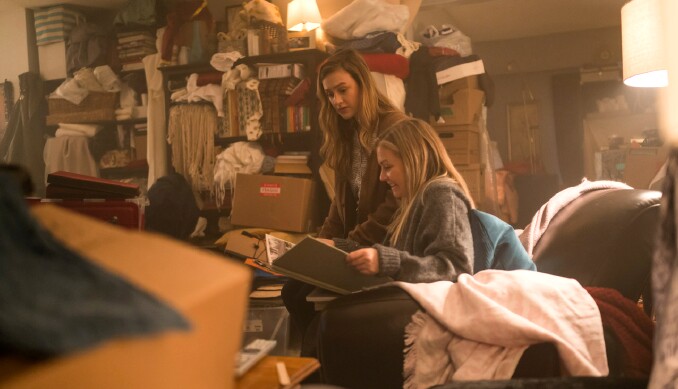 She also drew on a personal experience to help develop her character. "I went to elementary school with a girl whose mom was a severe hoarder," she recalled. "She was constantly bullied for it, and I watched how her mom's condition affected her. There's only so much you can do to help. It's not necessarily a choice, so I [saw] how bad it affected this kid's life, and I took from that a little bit while filming."

Something neither taxing nor challenging about the film was getting to work with Lifetime veteran Hart (pictured with Boys in photos above). "Something I never do when I'm about to work with an actor is look them up," Boys explained. "I definitely knew about Melissa, but I didn't Google her or anything because the relationship is so strong between Joanna and Lucy and I didn't want anything to come between that. I was a little nervous meeting her for the first time, but Melissa is so incredibly down to earth and so chill I instantly felt pretty relaxed. We became like sisters, and I think that translated to the screen, as a lot of mother/daughter relationships that are like that."

Despite the film's intense subject matter, Boys says the takeaways from working with Hart were invaluable. "Melissa taught me how to relax on set and just enjoy the art of what we were doing," she said.

As a self-declared Lifetime fan, she was also happy to be working with the network again. (Her last time was in 2019's Gates of Paradise.)

"Lifetime is always so fun to work for," she said in closing. "They don't hold back and there's always so much to work with within a script. I'm not gonna lie, their movies can be difficult as an actor, but they are always so rewarding."

Dirty Little Secret will be telecast Saturday, June 11 at 8 p.m. on Lifetime.