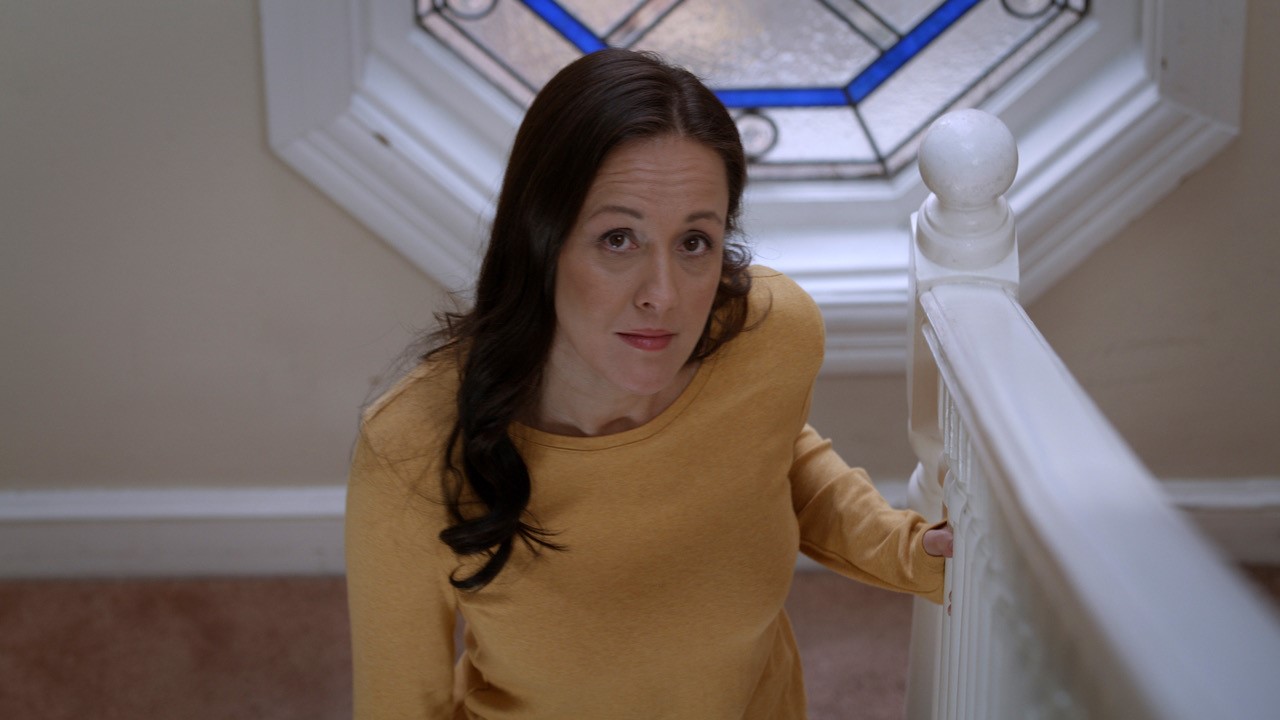 The Wrong Wedding Planner is airing Friday, July 17, 8 p.m. on LMN. In a year fraught with change for everyone, actor Yan-Kay Crystal Lowe (pictured at top) is making big ones. Best known for her role as Rita Haywith-Dorman in Hallmark Movies & Mysteries Signed, Sealed, Delivered franchise, the actress is making her Lifetime Movie Network debut this weekend with the premiere of The Wrong Wedding Planner, another in the networks wildly successful Wrong franchise. This year she also made one of the biggest decisions of her personal and professional life, to change her name. Known as Crystal Lowe in her 23-year career, she's been conforming to a Hollywood standard, one she always thought unfair, and 'now' seemed the perfect time to live her truth. "I'm not really 'changing' my name as Yan-Kay is my name," Lowe explained to MediaVillage during an exclusive interview. "There's been so much change in the industry since I first started acting at 15. Then, I was advised to change my name, along with the spelling of my last name which is actually Lo. I went through a lot of weird hardship about that, being half Asian and half Caucasian and being told, 'You need to whiten yourself up or you won't work', which was and often is still true.

"As I've matured, I began saying that it was okay to embrace who I was fully," she continued. "And whether the industry liked me or not, I decided to take back my name. I still go by Crystal, and people still call me that, but it was a big decision for me to take myself back and getting the courage to say this is who I am. I'm not bending back and forth anymore, I either wasn't white enough, Asian enough, and that happened for years. When I was younger it had really weird connotations because when you change your name, because you don't want people to know a part of you, it does something strange."

Lowe revealed it was at her then agents insistence she take the drastic step, and after one unfortunate audition realized the hard way, he was right. "I was up for the lead in a film and I accidentally wrote Lo for my last name," she recalled. "When the director queried it, I explained I was half Chinese. He said, 'Now you say it, I see it'. I lost the role, then the call came from the casting person to never do that again. They said I could have totally played this Italian person, yet when they found out my nationality there's no way. I struggled with it being the right decision to change it back, but it's my name and why am I struggling to be me? I'm happy I did, and I hope it encourages others to embrace who they are."

In the LMN film, Lowe plays bride-to-be Ashley, who's eagerly anticipating her upcoming wedding. When she meets wedding planner Mandy (Kristin Booth), she thinks the only hitch is going to be her and her fiance Brad (Stephen Richard Harris). Little does she know Mandy has a dark and complex past, and as plans progress, Mandy (pictured below with Lowe) begins to unravel, soon revealing she's definitely The Wrong Wedding Planner. 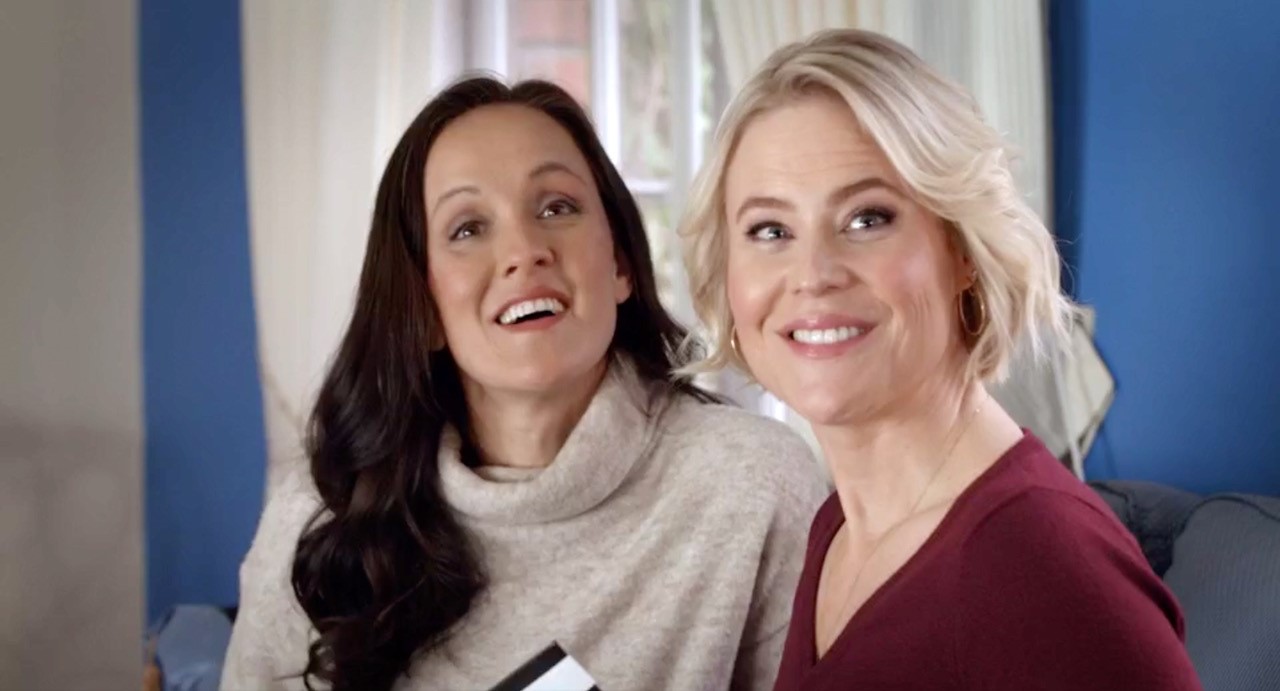 For Lowe, one of the coolest things about doing the thriller was uniting with her good-friend and Signed, Sealed, Delivered co-star, Booth. "I'd worked with one of the producers on this, and he asked if I'd like to do a thriller? she shared. "I hadn't done one for years and thought it would be fun. I got the script and instantly thought, 'I know the perfect counterpart for this'. They said, 'She's going to need to play crazy'. I replied, 'Oh she can', and suggested Kristin. They took one look at her work and said, 'she's amazing'. I was like, 'You're welcome'. I also thought this package deal would be something fun for our fans, just to see us do something completely different.

"Kristen was terrifying in it," she added. "I was watching some of it on my computer when my four-year-old came in and said, "Aunty Boothie?" I mean Kristin is her aunt! So I had to explain it was just a movie and we were playing. Her response was, "Aunty Boothie looks weird." Also, Kristen is like one of her favorite people on the planet because she spoils her constantly. It will be a few years before she gets to watch this one, but we do let her watch the Signed, Sealed, Delivered movies because they're fine."

As a newcomer to the Wrong franchise, Lowe wasn't aware of it before signing on to star but having her friend along for the ride made her introduction, magical. "We could drink wine every night and memorize our lines, which is a dream," she laughed. " I looked up [the franchise] and there's so many, and they're so popular. They're fun, sometimes scary, but a little campy, and we all need to be terrified and laugh at the same time. In fact, there were moments filming this that I was standing in the corner like an insane person trying not to laugh at what Kristin was doing. Now I really want to direct one. I want a sequel to this so badly, and I'd love to direct it. I know Lifetime are champions for diversity and inclusion, and Vivica A. Fox (pictured below) is an executive producer and star of this franchise, so please, more new women directors!" 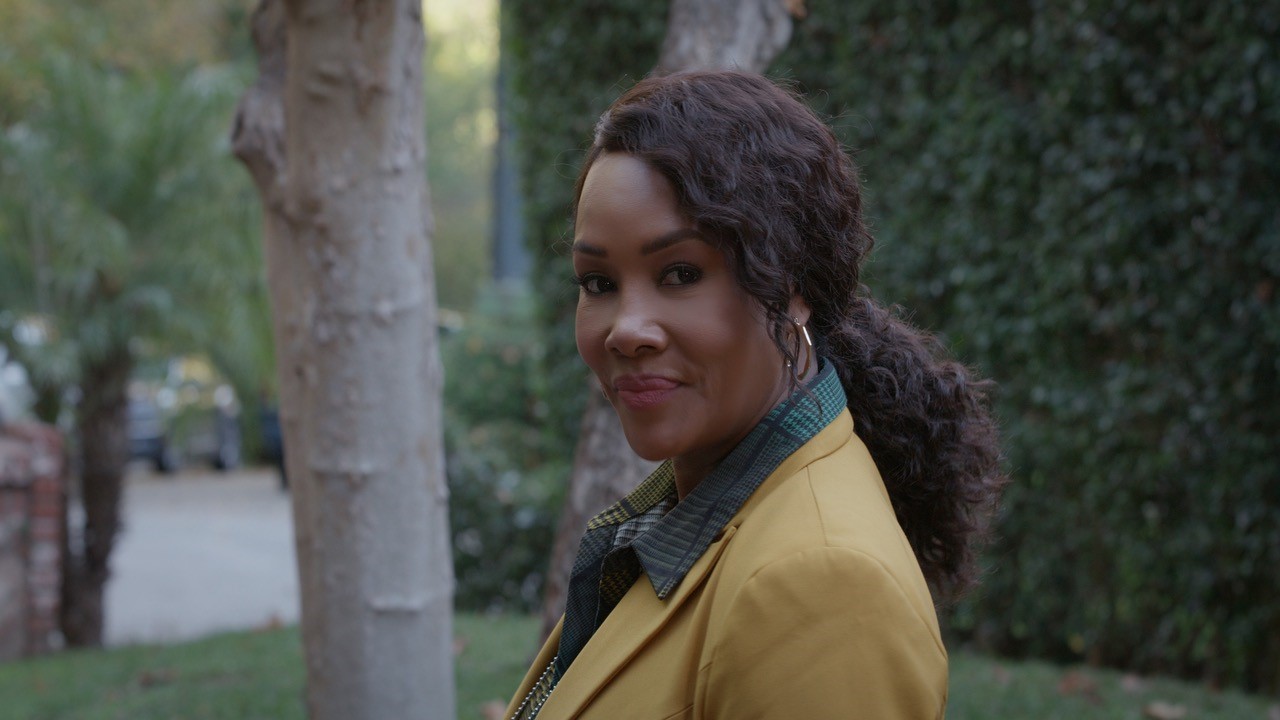 Lowe shared that while quarantine has been, "A little up and down," she's been busy finishing a script and keeping herself busy. In closing, she also had good news for the hordes of #Postables out there revealing, "We were due to start work on a new Signed, Sealed, Delivered movie now, but that's been put on hold. It will happen, but it's all day by day at the moment, and we're just waiting on word."