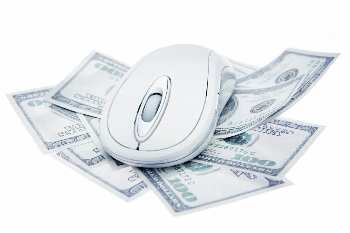 The rankings below of the top 42 Digital Native Media Companies reflect the perceptions of advertising executives on the Value for the Investment of each, with percentages based on percent of respondents who rated each organization "4/5" (market leader/market achiever) on a five point scale. Four charts follow below with details on total respondents, respondent gender, respondent tenure and respondent locale. Details are available on respondent responsibility. Details on full 1-5 ratings and individual organization performance are available to premium and platinum members of MyersBizNet. Additional reports are available for each of the seven performance attributes measured in the study. An additional study on 29 Legacy Media Digital Organizations will soon be published. Jack Myers' insights and perspectives on the data can be read below. A detailed methodology is available to members with the full study report.

*Unstable respondent base but meets minimum reporting standards
Source: MyersBizNet 10th Annual Survey of Advertising Executives on Digital Media Companies Value and Sales Organization Performance.
Contents Copyright © 2013 MyersBizNet, Inc. May not be reproduced. Promotional use restricted to MyersBizNet Corporate Members. Jack Myers serves in an advisory relationship with several companies included in Media Village surveys. All surveys are conducted independently by Vision Critical and Myers has no influence over the results.

The lead story of the 10th Annual MyersBizNet Survey of Advertising Executives on Digital Media Value and Sales Organization Performance is the emergence as industry leaders of several less prominent companies. It's increasingly difficult for all media companies to establish and maintain clear perceptions of value among advertiser and agency executives. It's especially difficult to define value when it is subject to so many variables. Programmatic buying and selling is commoditizing digital advertising inventory and value. Digital media sellers are challenged by increases in supply across multiple platforms; legacy media companies are accelerating their digital investments; and the ecosystem is overloaded with undifferentiated venture funded companies. Legacy media companies, which we will report on in a separate study, are capturing an increasing share of digital budgets. Yet, a handful of less noticed companies have managed to establish perceptions of value among advertiser and agency executives.

Our study of nearly 600 digital advertising media decision-makers conducted in August by Vision Critical for MyersBizNet and Media Village confirms the continuing industry value leadership held consistently by Google for the past several years. The rankings above reflect the percentage of total respondents rating the companies (with which they do business) 4/5 on a five-point scale (reflecting industry leadership) for "value for the investment". MyersBizNet members will be receiving a dozen additional reports from the study in the next few weeks. The vantage point provided by this research-based perspective suggests that value is an undefined, highly volatile and shifting measure. Value can be (and often is) measured by a wide range of metrics used across the spectrum of digital media inventory types, making overall brand equity an important determinant of growth potential.

Several of the companies that performed best in the report are focusing their efforts against a smaller core of media buyers, planners and clients. The Myers data requires that respondents have a direct relationship with organizations they rate. As a result, the respondent base for several respondent categories falls below minimum reporting standards. But among companies that have sufficient respondent bases, the insights are important. Blip.tv, which was recently acquired by Maker Studios, ranks first for "value for the investment" among digital media agency executives, obviously an important constituency. Lesser known 33 Across ranks second among this respondent group and LinkedIn sixth.

Among respondents with full-service agencies and advertiser-side clients, Demand Media achieved positive feedback, ranking 3rd. Microsoft Advertising ranked fifth and early-stage Genesis Media ranked seventh. As the chart below shows, Blip.tv's success derives primarily from respondents who have been in the business for 8+ years, who rank Blip second for value, while those in the business 1-7 years rank the organization 16th. Results for Specific Media, by comparison, are the flip side of Blip's, ranking 2nd and 16 th respectively for those in the business 1-7 years and 8+ years.

There are also significant perceptual differences in value based on the location of the respondents. For example, Yahoo and Vevo perform far better among New York based respondents than among those in outside markets.

The disparities in perception resulting from gender are striking. We might expect Break.com to have greater perceived value among males than females, but the reverse is true. iVillage, in the same context, is better perceived for value by males than females. What exactly is content familiarity breeding? And could the Justin Timberlake connection be driving positive value perceptions for Specific Media?