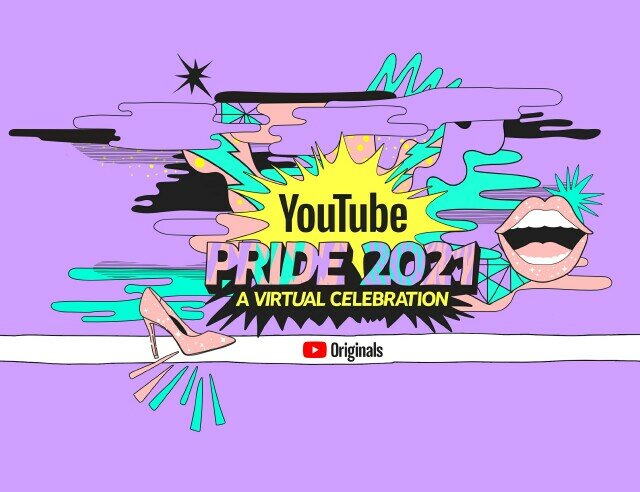 YouTube Originals brought Pride Month to a proper close on June 25 with a dazzling livestream event consisting of five Pride Parties featuring a star-studded line-up of YouTube personalities, pop stars and influencers. At the same time, it also launched the #GiveWithPride campaign, urging viewers to contribute with the goal of raising $250,000 for The Trevor Project in the U.S. and akt in the U.K. Additionally, YouTube also pledged to match donations up to $250,000. The event featured musical performances, interviews, live segments and challenges, and was filled to the brim with LGBTQ+ stars from across media. 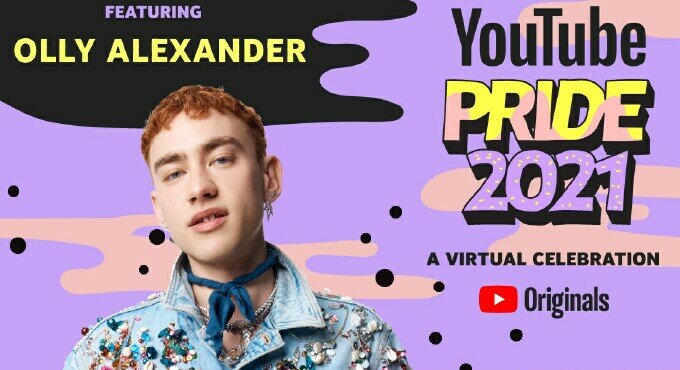 In an interview with Lady Phyll, co-founder of U.K. Black Pride, Rizwan asked, "What would you tell your fourteen-year-old self?"

"Oh gosh … growing up, I knew that my blackness was not seen as beautiful," Lady Phyll began. "I'd say, 'I hear you. I'm holding you. I've got you. You're beautiful, you're gonna rock out and vogue. Anyone who says you can't, you can. Anyone that tells you, you're not gorgeous or you're not worthy, you tell them you're just enough as is.'"

"Where were you when I was fourteen?" Rizwan laughed.

Alexander and Rizwan's Pride Party finished off with a performance by Alexander of his No. 1 single "King," complete with rainbow neon and harmonizing backup singers. 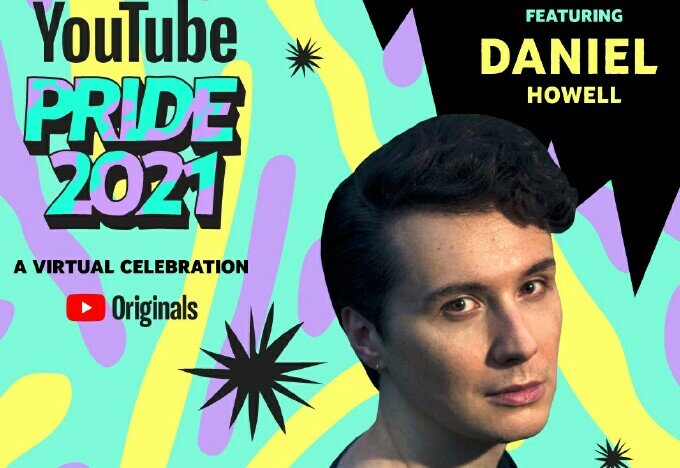 Next up was YouTube vlogger and radio personality Daniel Howell with "Gay and Not Proud," a self-deprecating hour featuring appearances by his onscreen collaborator Phil Lester, Pop Idol winner Will Young and YouTube star Tyler Oakley, who joined Howell for a video chat interview. Powell’s well-known style of dark humor was a surprisingly fresh breath of air and explored a side of Pride that isn’t often seen, asking the question “What if I’m not proud?” as he reflected on his own coming-out journey. 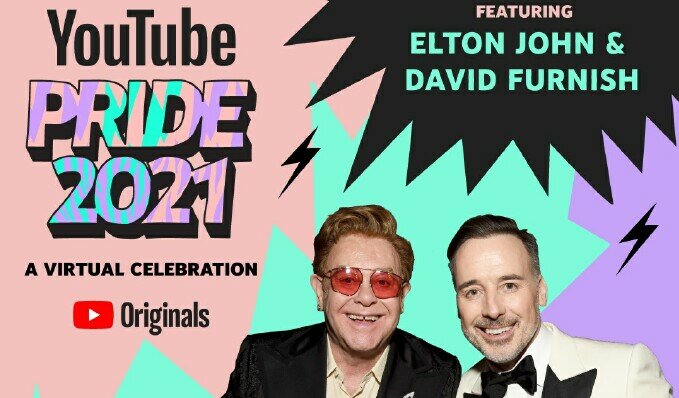 Pop icon Sir Elton John and his husband David Furnish hosted "Celebrate Pride with a Purpose," which highlighted their non-profit organization, the Elton John AIDS Foundation. The two were joined by mega-influencer and YouTuber Jojo Siwa, whose coming out story made headlines this year; veteran human rights activist Peter Tatchell, and Olly Alexander, among others. Sir Elton wrapped up his Pride Party with a performance of "Rocket Man." 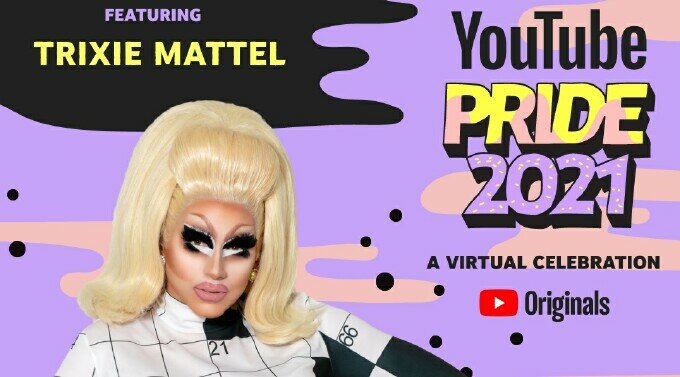 Also in the livestream event, musician, comedian and winner of season three of RuPaul's Drag Race: All-Stars, Trixie Mattel, kicked off her Pride Party with a hilarious Q&A during a walkthrough of her party venue, L.A. gay night club Precinct, done in the vein of Vogue's popular segment 73 Questions. "Can you describe the last twelve months in three adjectives?" Trixie pondered for a moment before answering, "solitary … pants-less … and a little bit hungover!" Weren't we all, Trixie? Weren't we all?

Joining Trixie soon after was All Stars season four winner Monét X Change and Drag Race contestants Kim Chi and Denali, who reminisced about their first Pride celebrations, the first time they did drag and some of the worst experiences they have had as guests of honor at Pride parades. "I remember being in 99-degree weather, under nothing but a white parasol and it was just … buckets of sweat," Trixie recalled. "Just disgusting. The photos from that day are just awful." Their "fairy drag mother" Peppermint gives the group a lesson on the origins of Pride and LGBTQ+ icons since the Stonewall riots over fifty years ago.

"Pride isn't about going to a parade," Kim Chi shared. "You can celebrate Pride right in your own living room."

"You can do so by supporting charities, supporting queer-owned businesses, watching queer content … and dressing up like a homosexual," Trixie added with her signature cackle. After performances from her fellow drag queens, Trixie took to the stage and performed her original song "Malibu" with an audience of mannequins decked out in bright-colored wigs and sequined outfits. 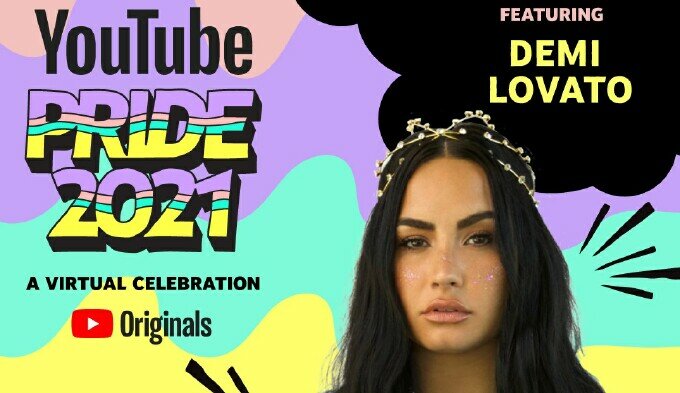 Demi Lovato, who made headlines recently when they came out as non-binary, finished off YouTube Pride 2021 with a one-hour musical Pride Party event in which they performed some of their recent hits, starting with "Cool for the Summer." Demi was joined by co-host, actor Matthew Scott Montgomery, who led a roundtable with fellow actor and LGBTQ+ activist Johnny Sibilly, and dancer, model and activist Leiomy Maldonado (aka the Wonder Woman of Vogue). The four discussed some of the biggest LGBTQ+ events that took place since the last "official" Pride festivities in 2019.

Topics included Lil Nas X's headline-grabbing music video for "Montero (Call Me By Your Name)" which (shockingly) sparked outrage amongst conservative groups; the Taron Egerton-led film Rocket Man winning multiple awards, including an Oscar for Best Song, and the recent coming out stories of major stars and public personalities including actor Elliot Page coming out as trans and actress Lilli Reinhardt coming out as bisexual, in addition to former professional football player Colton Understood, actors Taylor Schilling and Ronen Rubenstein and singer David Archuleta coming out as gay.

The special then showed a truly touching animated YouTube Originals short film -- I'm talking a Pixar-level tear-jerker -- titled Cupcake. It starts with a same-sex couple entering Allyson's Bakery, a visibly struggling business, looking to order their wedding cake. The elderly owner takes the cake album away, making clear that they aren't welcome and leaving them heartbroken. When the owner closes up for the night, the cake topper figures from around the bakery pull a page from Toy Story and come to life and, having witnessed what happened, deck the place out in rainbow-colored decorations, change their outfits to express their identities how they please and pair up to form little same-sex pairings to top off the cakes in the bakery. The owner comes in the next morning, eyes opened and heart warmed by what she sees. Love is love! The couple from the previous day walk by later, seeing a cake made especially by the owner with a cake topper figure that resembles them. The two are moved and enter the bakery as we see the name of Allyson's Bakery is now Ally Bakery.

Next in Demi's Pride Party was non-binary writer, performance artist and media personality Alok Vaid-Menon. The two looked back at some of their red carpet and event looks. When shown a skin-tight, nude colored body suit with green vines draped over their torso, Demi shared that while they felt sexy in that outfit, it was one of many times they felt pressured to emphasize their femininity in what they wore. A more recent look featured a violet velvet suit with high-waisted, wide leg pants, a matching blazer and a lariat necklace. "This was sexiness with a different approach," Demi shared. "This feels sexy, but it feels authentic to who I am. There's just something really empowering about wearing a suit and making it sexy."

Later guests during the event included YouTube superstar Gigi Gorgeous; drag queen Gottmik, who made headlines as the first trans man contestant on RuPaul's Drag Race; and Abduhllah Hall, Artistic Director of the Trans Chorus of Los Angeles, who introduced a music video of their song "Victorious" featuring such simple yet uplifting lyrics as "we need love to be who we are, because love, love is victorious." Following the video was a special performance from House of Balmain, who were contestants on the acclaimed HBO Max reality competition series Legendary, where Leiomy Maldonado was a judge.

Demi closed out the night with performances of their songs "My Girlfriends are My Boyfriend," "The Kind of Lover I Am" and "Easy" featuring Noah Cyrus and the Trans Chorus of Los Angeles.

YouTube Originals' YouTube Pride 2021 was a delightful, celebratory evening. Educational at times and mournful at others -- as when looking back at queer icons we've lost -- the livestream event was wonderfully executed, and chock full of LGBTQ+ stars and allies sharing love, joy and inspiration. It's about time LGBTQ+ youth got some programming that gave them hope!