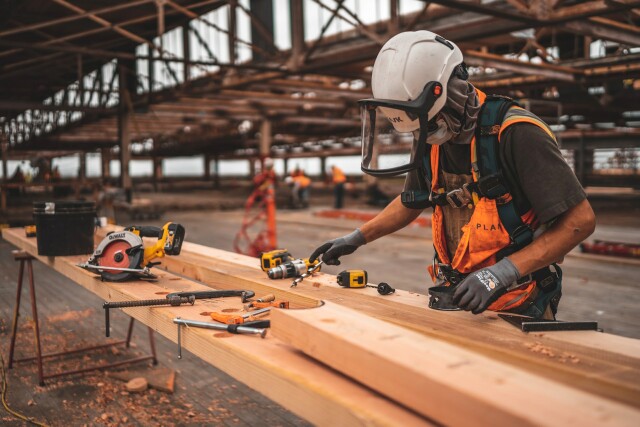 What do you do when your company's 100th anniversary falls in the middle of a pandemic? For Lowe's, the most inspiring idea was to give back to communities with a new series called Build It Forward, which it is conducting in partnership with HGTV.

People across the country nominated various groups that were in dire need of infrastructure repairs to damage caused by catastrophic events, such as natural disasters and the pandemic. Lowe's selected 100 projects for its support as part of its Hometowns initiative, and five of them became the focus of a special series, Build It Forward, that premiered March 12 on HGTV, the HGTV go app, and discovery+. The series finale is this Saturday, April 9.

"The success, so far, has been significant not only for the people receiving support, but for allowing us to leverage our long and trusted relationship with Lowe's to leave a lasting impact on communities while telling great stories," said Catherine Moran, Senior Vice President, Integrated Ad Sales Marketing, Discovery.

"People are eager to hear these stories and find it inspiring to see people really committed to their communities and making a difference. So far, it's going really well," she continued, noting that the partnership made perfect sense. "We've been in business with Lowe's for over 26 years. They were a charter advertiser for HGTV."

According to Lowe's Marisa Thalberg, Executive Vice President, Chief Brand and Marketing Officer, the process of receiving nominations was in itself a highly gratifying experience. "What made the process so beautiful was that those doing the nominating weren't thinking about themselves, even though they needed help, too," she shared.

While the community projects served as the jumping-off points for the series' storytelling, "the unexpected part is that the nominator, too, is surprised with a makeover of their own," Thalberg explained. To help publicize the program and the initiative, Lowe's is using signage in their stores. "We are giving our customers, as well as all 350,000 or so of our [employees], a free 30-day subscription to discovery+," she said. In addition, Lowe's recently sweetened the deal for consumers by adding a free fire stick.

Moran noted that HGTV's on-camera personalities are "great ambassadors to initiatives like this." She said the network is also launching mid-form content that will roll out in "high profile placements" across the platforms where the series runs.

"We touched 1.3 million Americans with these 100 communities," noted Thalberg. In addition, more than 1,850 Lowe's associates collectively volunteered nearly 12,000 hours to work on the initiative -- more than a year's worth of time -- across the 100 community projects.

"There's a big impact that is real at an individual level," she said. "People can feel it."

Lowe's has determined that this will become "the center of our community action going forward. We're turning it into a five-year, $100 million commitment to community impact projects. We've taken 100 hometowns and we're rebranding it as Lowe's Hometowns. We're going to keep doing these for the next five years 100 times, plus another 1,700 smaller projects a year. It's a lot of impact!"

This is also very significant to HGTV. "These are very deserving people that have dedicated their lives to helping others, so it was an honor for HGTV to reward them [through Lowe's] with their own personal renovation," Moran said. "From a partnership perspective, it was really important for us to increase the visibility of Lowe's impact initiative and support their mission to inspire HGTV fans to support their communities."

The hope is that Lowe's and HGTV will continue to collaborate in new and exciting ways like this. "I think it's a very fresh and modern way of showing up together, and I think we were both very respectful of each other in the process," Thalberg noted.

Synergy is everything in this ever-expanding marketplace. "Not everybody can do this well," Moran concluded. "When you have two brands that share the same mission and values, like Lowe's and HGTV, you can have a positive impact on people and communities and make a difference."