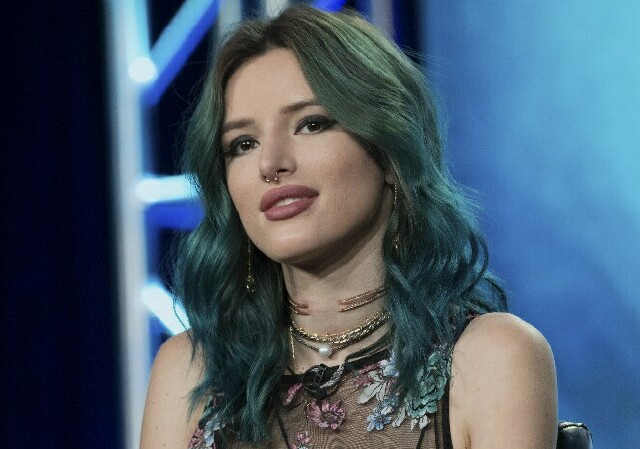 Pasadena, CA -- Freeform’s Pretty Little Liars is a trailblazer in the synergy that feeds television and social media.  I. Marlene King, the executive producer of the network’s long-running signature drama and the upcoming Famous in Love credits fans for taking to their devices to help make it a hit.

Social media took center stage as King met with critics during ABC and Freeform’s day at TCA Tuesday to take a victory lap for Pretty Little Liars’ final season of ten episodes and to introduce Famous in Love, which debuts April 18.  As it happens actress Bella Thorne, the star of the latter, is a true social media darling.  She has over 21 million followers on her combined platforms and cites Snapchat and Twitter as her faves.

“People on Snapchat become my hardcore fans and they come up to me and literally say, ‘I did not know you before Snapchat and now I’m a fan!’” she exclaimed.

Thorne (pictured at top), who arrived at TCA with teal hair and draped her lithe frame in a black diaphanous floral, simply attracts attention, though she doesn’t always want it. When paparazzi annoy her (a constant state), she sometimes will deny them the sale.

“I like to post [pics] before the paparazzi does,” she said. “I put it out there. I would rather put out a photo of me first.  It feels kind of dirty when I see it [elsewhere].”

But with Snapchat, Thorne controls what goes out there and how it gets there.  “It’s me just randomly snapping whatever I think is chill throughout the day,” she said of a Snapchat account that on Tuesday showed her en route to Freeform's TCA event and also showed a random jar of olives.

In her latest role, as Paige on Famous in Love,Thorne plays a novice actress thrust into the limelight. With it comes the hunky co-star and the white-hot glare of social media. In fact, the show uses social media to advance the plot.

“I think we integrate it organically,” King said. “There’s a plot twist where Paige starts a Twitter war with a famous person who happens to be dating one of her friends, and so it’s just very, sort of, integral.  It’s organic to the story and we use it when we can and should.”

The young cast on Famous in Love was weaned on social media, know how to use it and know what powers it holds.  Carter Jenkins, who plays Rainer on the show, recognized, “We are living in a time where we are all our own PR.  We are our brand managers via social media.  I found it really exciting to play a movie star because I was curious about the guy behind the image.”

“Social media tells you how to live your life and what you should look like,” she continued.  “The comments say, like, ‘I don’t like your nose,’ or ‘Her hair is a weird color.’”  Thorne takes her social media so to heart that when she sees someone being hateful, she calls them out on it -- without apology.

To put in perspective how social media has influenced shows, remember it was only six years ago when Pretty Little Liars debuted and caught fire online.  “I think it was just sort of the perfect storm of many elements,” King said. “Sara Shepard was active on social media.  She had written the Pretty Little Liars books.  So there was also a social media following grounded with Sara.  We were all just having fun and getting started on social media when we went to film the pilot, and it was nothing we set out to do to promote the show.  We were really just having fun with it.” 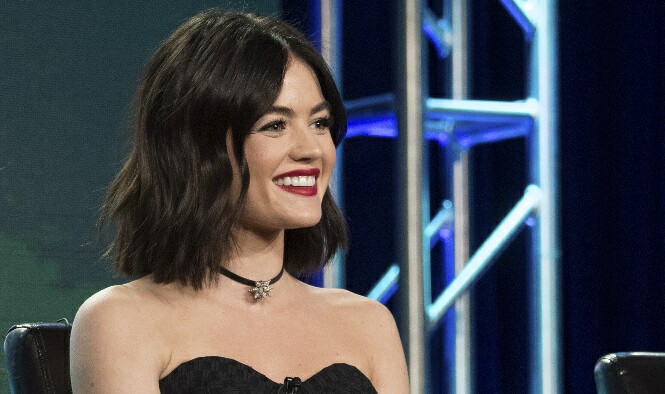 One of the stars that the show created, Lucy Hale (pictured above), noted that it was Pretty Little Liars that set the standard.  “Weren’t we the first show that included hashtags and really interacted with the fans, had Twitter feeds?” she asked.

Today, it’s that rare show that dares ignore the importance of hashtags or foregoes a Snapchat account.

“I actually do feel like we live in a world where creators and our production designers, our crew members, they’re on social media too, and our fans know who they are,” King said. "It’s no longer just the celebrities who are followed on social media. It’s the people who are actually the crew writers, production heads. Everybody is a part of it.”