Lucy Hale on the Importance of Her New "Life Sentence" 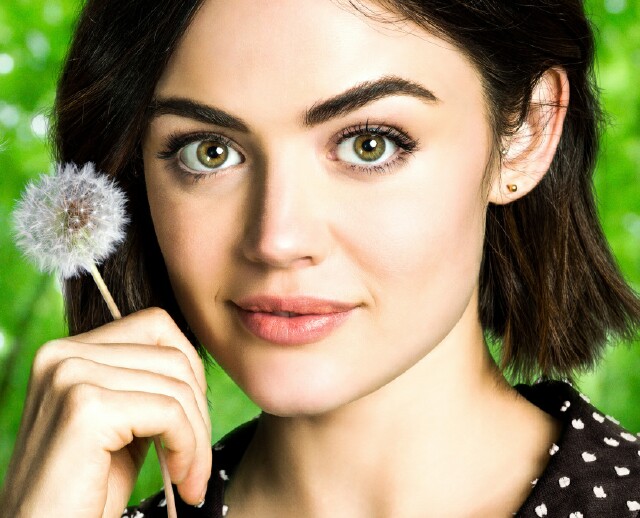 After seven seasons on Freeform’s wildly popular Pretty Little Liars, Lucy Hale (pictured at top) makes a surprise return to series television tonight with the premiere of Life Sentence on The CW.  The reason it's a surprise?  Hale had no intention of jumping back into a series so soon.  "I wrapped Pretty Little Liars in October and was doing Life Sentence in November," the actress/singer told MediaVillage during a recent interview.  "I really wanted to take a break because after doing eight years of a show I was exhausted.  But I got this script and thought it a really important story to tell and I wanted to be the girl that told the story because we really do it justice.

"It did come as a surprise when I signed on to do something so quickly," she continued.  "To me, if something resonates with you, you run after it.  Go do it because it's not every day that you read something that you absolutely fall in love with.  I've never been more proud of anything in my life than to show everyone the show, so it's very special to me."

In the series Hale stars as Stella, a young woman who as a result of a terminal cancer diagnosis has spent the last eight years of her life literally living life like she was dying.  At the insistence of her father Peter (Dylan Walsh), she embarks on a whirlwind trip to Paris, where she falls head over heels in love, returning home married to Wes (Elliot Knight, pictured below with Hale), a dashing Londoner intent on making her final months memorable.  However, news of her sudden nuptials is soon overshadowed by the shocking revelation that her cancer has gone into remission, effectively giving her a new “life sentence.” 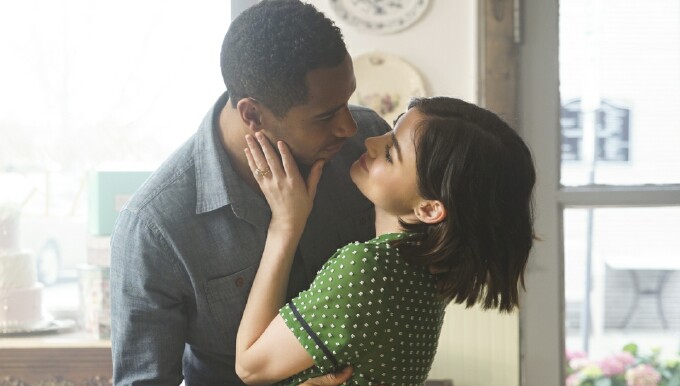 Hale hasn't personally experienced the horror of a loved one dealing with the ravages of the disease, yet she understands the appeal of stories that might shine a positive light on those that have.  "Everybody wants to live like you're dying," she said.  "But we all live with the fear of what people will think, fear of not enough money, fear of [getting] fired.’  Stella said, ‘F that.’ I'm going to do whatever the hell I want for whatever time I have left.  I think that resonates with everyone, at least me."

In preparation for the role, the 28-year-old visited cancer patients, finding those dealing with the disease inspiring.  "The first time I walked into St. Jude's I was terrified," she admitted.  "I mean, what do you say that's going make it better?  I just kind of kept my mouth closed.  But what I noticed right away was there was such a sense of optimism.  I was blown away by the doctors and nurses.  These are fighting children some that can barely talk; they are fighting because they have too and have no choice.  It showed me the tentacles of cancer and how far and wide it goes.  I saw a special recently where it said one in four people will die of cancer.  One in four!  But they are fighters and inspiring.  They don't have a place for negativity, as what's the point?"

While cancer plays an important series plot point, at it’s heart lies the question “What now?”  How will the decisions Stella made -- knowing life had an expiration date -- affect her new long term?  While there are many questions to be answered, Hale believes those questions make the series relatable.  "I think what's great about the show is that a lot of people will relate to Stella," she shared. "She doesn't know what the hell she wants to do with her life; like does she even want to be with her husband anymore?  I think some people will watch and be like, ‘That's me.’”

Hale is thrilled to be able to tell Stella's story via The CW, the network she called home in 2008 when starring in the underrated Privileged alongside Ashley Newbrough and JoAnna Garcia Swisher.  “It does feel like coming home and it's so nice," she said.  "I loved [Privileged] and thought it was canceled way too soon, but of course I wouldn't have gotten Pretty Little Liars and now this if it weren’t for that.  Still, it is nice to be back on a network that I feel knows what it is and is still growing."

While her new show is risky she's hopeful viewers will give it a chance.  “A new show about cancer?  I know some might say we don't do it justice, but we always wanted to make sure that the dialogue and how we felt was very grounded and real,” she explained.  “You will see it with the family, too, and how it affects them. I feel that almost everybody on the show has been affected by cancer, so we had a lot to pull from."

Life Sentenceis telecast Wednesday at 9 p.m. on The CW.