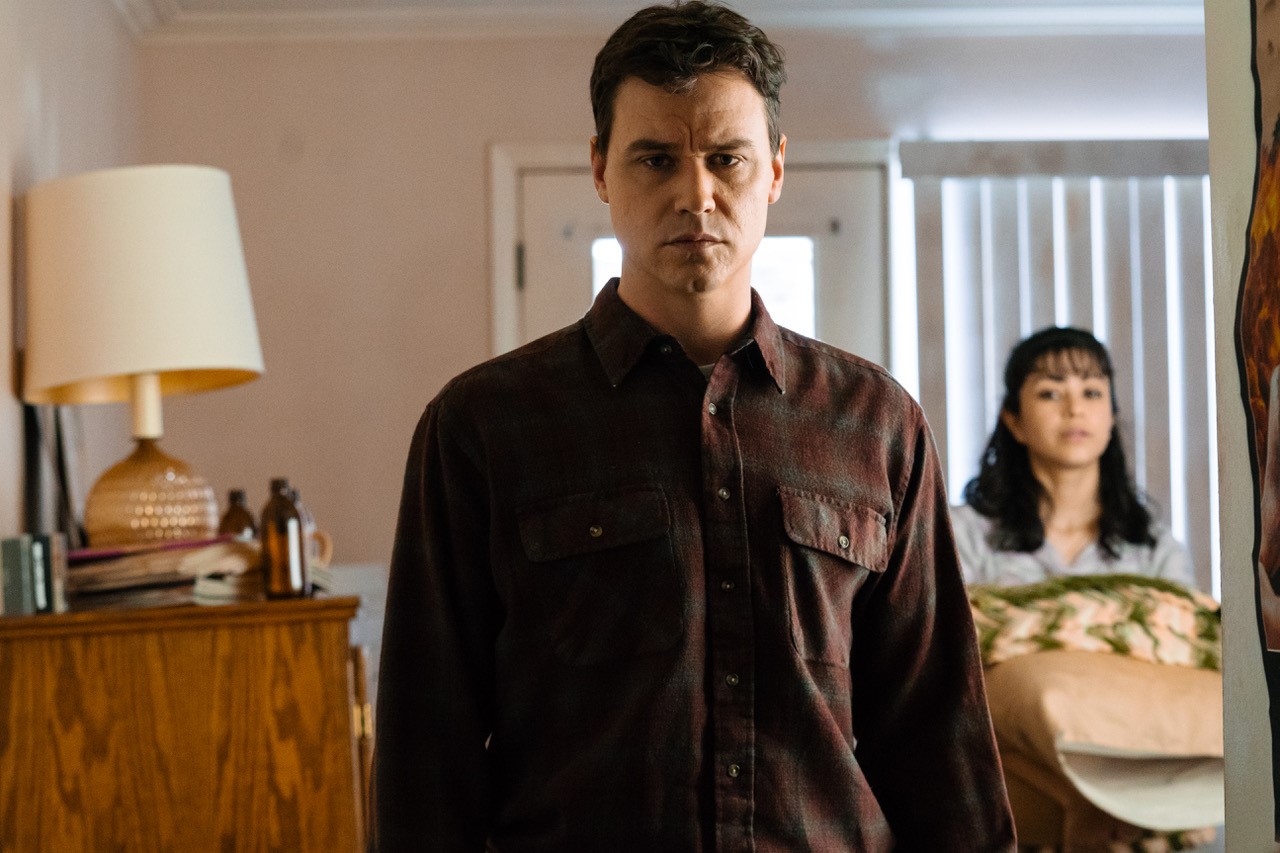 I Was Lorena Bobbitt is telecast Monday, May 25, 8 p.m. on Lifetime. Twenty-seven years after the shocking events that made Lorena Bobbitt a household name, Lifetime is revisiting her story with the premiere of the biopic I Was Lorena Bobbitt, executive produced by and featuring appearances by Bobbitt. Bobbitt was 23 when she found herself trapped in an abusive marriage. One fateful night (following a brutal sexual assault by then-husband John), she took matters into her own hands and infamously removed his penis while he slept.

The film, starring Dani Montalvo as Lorena and Luke Humphrey as John, details the events leading up to, and the aftermath of the act that shocked the nation. But at its heart is a story of survival. "Lorena came here to live the American dream, have a family, and live a life," shared Humphrey in an exclusive interview with MediaVillage. "I think now, looking at her life and how she has been impacted, and recognizing that barriers are so great for women in that situation, there is an opportunity for her to tell her story, her way. This is something Lorena had the opportunity to do and what struck me is she's doing this because it's the right thing to do. She has a life now, a beautiful one, and she could have stayed there. But by bringing this back into the public frame it allows people to view her story and have perspective she didn't have.

"To be honest I'm a little bit nervous about playing such a villain and the response it may invoke on a personal level," he continued. "But this is the kind of story and role that's important to share. I'm excited to have this project out there, but it was something I really struggled with and was quite nervous about."

Like most of the world, Humphrey was familiar with the Bobbitt story before landing the role of John. "I was young when it was all going on," he revealed. "But it was definitely something that infiltrated culture enough to where I remember singing little nursery rhymes we'd make up about it on the playground. As kids, we only got the trickle-down cultural understanding of that 'event' and it was titillating. It was this kind of strange taboo of a story, but as I got older [it] stayed in the cultural vernacular.

"It's a story of survival and the stakes are life-and-death," he added. "What I got through the late-night talk-show punchlines was this silly anecdote that didn't give us the reality of what this woman was living through, and the stakes she had to play with every single day." In preparing for the role, Humphrey delved deep into his research watching every frame of footage of John Bobbitt he could, along with reading every interview available.

"I wanted to dive into what was available on this man," he explained. "But when it came time to step into the story, I wrestled with what are we serving here? What was important was letting the world understand how Lorena could see this man, because the one thing important to me in playing him, a man we know does horrible things, is honoring Lorena by understanding how she would end up in a situation like that. 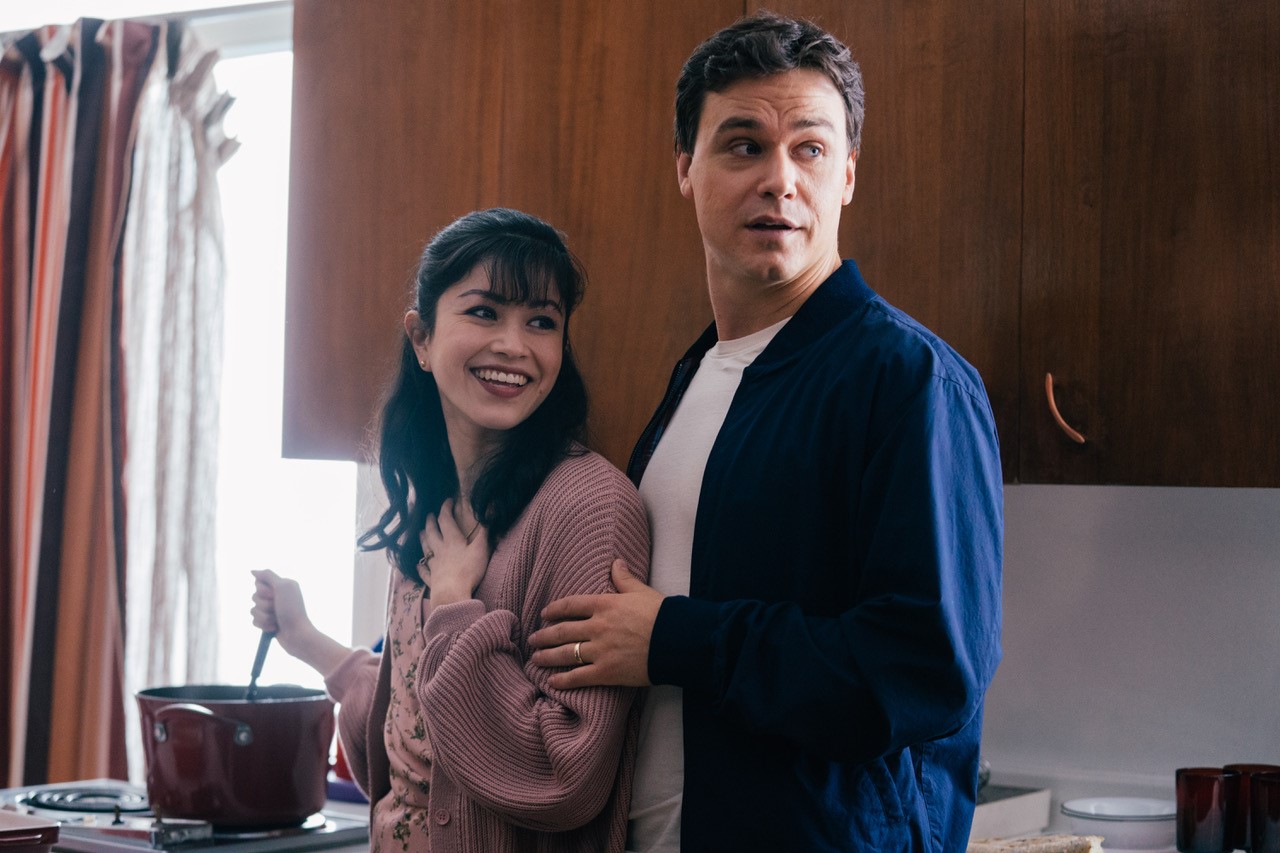 "If I played him as a straightforward villain at all times, you wouldn't understand how Lorena could end up in the situation," he added. "I wanted to explore the idea that this is a man who someone could fall in love with and see hope and a future with. But that was all destroyed and taken away when the physical, psychological, and sexual abuse escalated. It was entrapment that bought her into it, and that's what I was hoping to share with the audience so they could understand why she ended up where she did."

According to Humphrey, filming the movie's harrowing abuse scenes was tough and he was thankful to have the trust of his co-star Montalvo. "I spent as much time as possible getting to know her, so we'd have a rapport," he shared. "As we dove into the story, I wanted her to know I was there for her. The team on the set created a safe place to work and stepping into that world we could commit to the choreography and storytelling, then check back in with each other when they yelled cut. There was always eye contact and a little fist bump so that we'd see each other, not as John and Lorena. Some of the scenes were difficult to do and those acts of violence were so challenging. I needed to know that Dani trusted me 100% to do my job.

"We'd just finished filming one of the most horrific days on the set the day I met Lorena," he added. "It was one of the most challenging days for myself and Dani with several acts of violence. Then I meet the woman all of this actually happened to. I hugged her and as my arms were around her I just felt how small she was. All of a sudden the reality of what this was struck me. I got very emotional and was overwhelmed by the fact she went through all of this. Everything became tangible in a way it hadn't before. I wasn't sure if she wanted to meet me during filming, so the fact that she did was really meaningful. It all hit home in a very different way."

Humphries hasn't yet heard from John Bobbitt, and he's okay with that. "For me, it's important that it be Lorena's story." he shared in closing, "If John either likes or doesn't like it, that's not important. It's important that she feels her story is being served. And it's important to me the story is served in a way that's recognizable to women and will hopefully inspire some to reach out and ask for help."

(NOTE: Lifetime has partnered with the National Coalition Against Domestic Violence public service annoucement as a part of its Stop Violence Against Women Initiative)