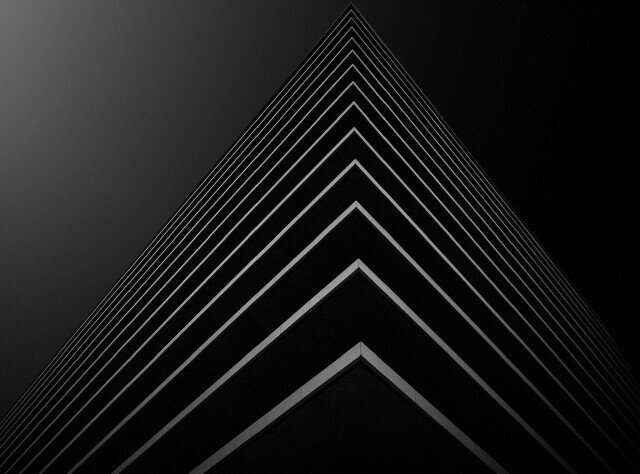 Continuing on the subject of my previous column about mass shootings and other high-profile acts of violence, it is worth noting that perpetrators' mental well-being (or lack thereof) tends to feature prominently. In the case of Robert Aaron Long, Will Carless reporting at USA Today writes, "At one point, [Tyler] Bayless [Long's former roommate] said Long gave him a knife to take care of because he feared he would harm himself with it." Although we shall await more conclusive reports about the suspect's mental health, as Jeffrey Flier, former Dean of the Harvard Medical School, put it in April, "People who commit mass murders and politically motivated murders frequently (not always) suffer from serious mental illness. The press needs more consistent criteria for identifying this as an apparent cause, as opposed to alternative narratives that fit the story of the moment."

Jared Lee Loughner, who shot then-Congresswoman Gabby Giffords and fatally gunned down six others in 2011, would be diagnosed with paranoid schizophrenia following his arrest and was initially determined incompetent to stand trial. John Hinckley Jr., who attempted to assassinate President Ronald Reagan and in the process severely injured Press Secretary James Brady, suffered from mental illness, with his oft-discussed obsession with Jodie Foster being one notable manifestation. The mental health variable was also at play with Mark David Chapman, who murdered John Lennon in 1980. Even as far back as 1881, Charles J. Guiteau, the man who shot President James Garfield ostensibly in retaliation for being passed over for a job appointment, was hardly the poster boy for mental equanimity prior to the attack. More than a half-decade before Guiteau shot the President, his father believed his son to be possessed by the devil; Guiteau threatened his sister with an ax; and Guiteau thought that -- like the Apostle Paul -- he had been sent on a divine mission "to preach the Gospel."

It is perhaps for this reason that journalist Melissa Chan weighed in this April by writing, "My hunch is that mental healthcare is to gun violence as to what nuclear energy is to climate change. It's what we need to do given where we are and the problem we want to solve, but there's almost no political will to do it." With that said, a distinction ought to be drawn between those perpetrating high-profile acts of violence and those who might more opportunistically engage in the more impromptu acts of street violence that have, unfortunately, led to so many people in recent months, including Asian-Americans, being harmed. However, as we will see later, the mental variable can be at play in the latter case too.

So to conclude our discussion of Long, which began in the first installment of this column, it is worth noting that some actions can be read symbolically (i.e. how many commentators and news anchors chose to interpret the Atlanta shootings), but said actions need not necessarily be read that way. Fortunately, when it comes to seeking to engage with and address violence against Asian-Americans, we have statistics on which to rely, and statistics tend to tell more complete -- albeit less sensational -- stories.

As I mentioned in part one of this column, increasing numbers of violent crimes with Asian-Americans victims did not emerge overnight, and they actually predated the arrival of the novel Coronavirus (COVID-19). In October of 2016, NBC News reported that "hate crimes reported in Los Angeles County increased 24 percent in 2015, from 390 reports in 2014 to 483 last year" and that crimes impacting Chinese-Americans saw the most dramatic surge. According to the Los Angeles County Human Relations Commission, "Half of reported hate crimes were racially motivated, 25 percent were motivated by sexual orientation, and twenty percent were motivated by religion." So, as to the latter point, it appears that -- in some of the cases -- another characteristic apart from (or in addition to) ethnicity may have predominated, when it came to motivation.

This increase in crimes against Asian-Americans in Los Angeles mirrored an overall increase in the amount of crime in California from 2014 to 2015, with The Los Angeles Times reporting that violent crime in the state increased 10% overall during the year, with a 9.7% uptick in homicides, robbery and aggravated assault increasing by 8%, and hate crimes experiencing a 10.4% leap. This data from California provides further corroboration for those who see the recent uptick in crimes against Asian-Americans as being inseparable from an increase in crime in general, as well as linked to various policing and prosecutorial practices that became popular in many urban areas, including in New York and Los Angeles, during the 2010s.

In the days following May 5th of this year, news outlets the world-over digested the New York City Police Department's release of citywide crime statistics for April, 2021. Homicides were up; rapes had surged by 52.8% from April 2020, and grand larceny had increased by 66.1% from the same period last year. Most dramatically, however, crimes against people of Asian descent had surged by 400% in 2021, as compared to 2020 levels. Many of these attacks, which were captured on video, were startling in their barbarity. Perhaps most infamous, at least to date, was the March 29th attack of a 65-year-old Filipina woman as she walked to church. The alleged perpetrator, Brandon Elliot, a parolee previously convicted of stabbing his own mother to death (and who had also been arrested for robbery), yelled anti-Asian slurs at the woman, told her "You don't belong here," and then "kicked her in the stomach, knocked her to the ground, [and] stomped on her face." Two doormen at the building in front of where the attack took place did nothing to intervene, and one closed the building's door as the victim lay injured in the aftermath of the attack.

Other cases -- in both New York and across the country -- were also disturbingly violent. However, as I have stressed, easy explanations remain elusive; factors from mental health to changes in bail and policing policies to the boiling over of long-standing ethnic tensions in certain parts of the country likely have all converged to contribute to this recent surge in violence.

The veneer of civilization, as it is often said, is thin, and now that this has become a known phenomenon, unfortunately, copycat effects can take hold, where individuals predisposed to aggression -- regardless perhaps of their previous feelings about Asian-Americans -- may decide to lash out in this way. All of this, for our purposes, is to say that a topic as multifaceted and complex as this one is not easily captured by instantaneous media rushes to judgement or reductive slogans. For this reason, if the press is going to be of help as the United States seeks to understand the causes of (and, thus, potential solutions to) this tragic trend, a more careful engagement with statistics, the history of the issue and the numerous possible contributing factors will be urgently needed.