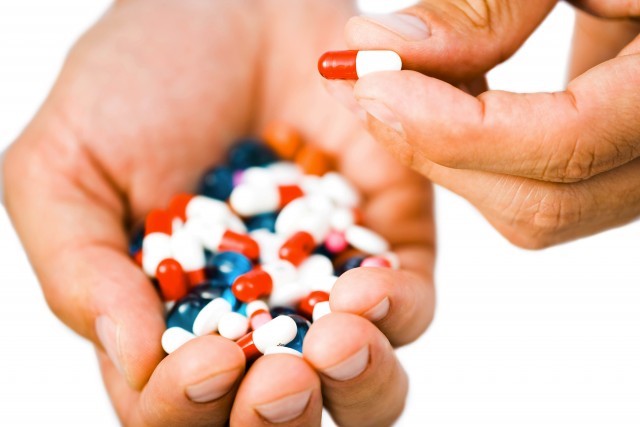 More than three decades ago, Huey Lewis and the News sang, "I want a new drug." Well, Huey, I've got news for you: You really don't.

I long have sided with the advertising and media folks, led by the Association of National Advertisers, who advocate being able to readily advertise prescription drugs directly to consumers. DTC drug ads really began to take off in 1997, when the Food and Drug Administration relaxed rules that made such peddling difficult if not impossible. Now, though, I must part ways with Madison Avenue and urge that DTC drug ads be reconsidered.

At first, they seemed useful, or at least harmless. And almost everyone enjoyed the many parodies that DTC drug ads spawned as comedians and even other advertisers sent up the format and the disclaimers warning about bizarre side effects such as "erections lasting more than four hours."

But after tens of billions of dollars' worth of DTC drug ads -- $4.8 billion last year alone, Advertising Age estimates -- what else is there to point to? Not much that's positive, I fear, and some serious negatives.

By all means, don't take my word for it. The American Medical Association decided last month to call for a ban on DTC ads for medical devices as well as prescription drugs. "A growing proliferation of ads is driving demand for expensive treatments despite the clinical effectiveness of less costly alternatives," the AMA said in a statement.

That proliferation is evident to just about any American with eyes or ears. In just the last few days, I saw or heard DTC ads for these brands, several of them multiple times: Belsomra, Breo, Cialis, Crestor, Eliquis, Humira, Ibrance, Januvia, Jardiance, Lyrica, Opdivo, Orencia, Pradaxa, Pristiq, Prolia, Tecfidera, Trumenba, Trulicity, Viagra, Xifaxan and Zecuity. (I don't think I could ever win a game of Scrabble with the people who come up with those oddball names for prescription drugs.)

Marketing costs play a role "in fueling escalating drug prices," said Dr. Patrice Harris, board chair-elect of the AMA, and direct-to-consumer drug advertising "also inflates demand for new and more expensive drugs, even when these drugs may not be appropriate."

The AMA sees cause and effect between all the DTC drug ads and what consumers spend at retail for prescription drugs, which rose 12.2 percent last year from 2013 to reach a whopping $297.7 billion, according to an annual report from the federal Department of Health and Human Services. The report suggests that sharply rising prescription drug prices help explain why health spending in this country -- more than $3 trillion in 2014 -- is growing faster than the economy again.

The AMA's decision is also significant because it represents a change of heart. The organization originally was a supporter of DTC drug ads, provided they are accurate and serve to educate consumers.

If a reassessment by the nation's doctors is not enough to elicit second thoughts about DTC drug ads, here's another reason: It could assist the prescription drug industry in countering image problems as manufacturers such as Turing Pharmaceuticals, Gilead Sciences and Valeant Pharmaceuticals give Ebenezer Scrooge and Henry Potter a run for their money at putting profits before people.

Martin Shkreli of Turing is likely to be grilled at a Senate committee hearing, scheduled for Dec. 9, on drastic price hikes for certain prescription drugs. His penchant for publicity -- and for pushing the prices of prosaic pills into the stratosphere -- has earned him the moniker "the bad boy of pharmaceuticals." Other drug makers, by advertising their own prescription drugs incessantly when the public is angry at the likes of Gilead and Turing, run a risk of being tarred with the same brush.

I could buy an argument that an outright ban on DTC drug ads may be too much, especially right away. After all, without those ads how could the broadcast networks present theirnightly newscasts?

Perhaps, to make a ban less of a bitter pill to swallow, it could be phased in over a period of years. Or the strictures could be selective, as suggested by a law professor at Georgetown University, David Vladeck; he has proposed prohibiting DTC ads for two years after a drug's arrival on the market. Such compromise might fit the bill as outlined by Huey Lewis all those years ago, when he wanted a new drug that "won't make me feel too bad" and "won't make me feel too good."