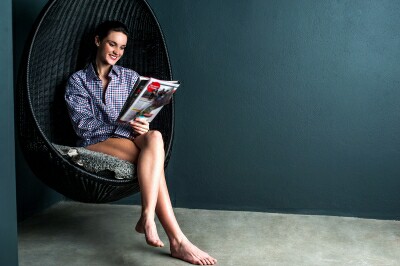 A few years ago I was watching a focus group for a major magazine. A female participant stated she recently was seated next to a man at a dinner party whom by his appearance immediately was turned off. But once the man mentioned he was a subscriber to The New Yorker she quickly felt a kinship. Her words were: "We were both members of a very special club -- so he had to be a bright person."

Ironically, magazines fail to fully monetize the unique relationships and interactions they have with their readers. Yes, magazines attempt to monetize their content across all digital platforms and hold conferences and special events. But magazines, sad to say, for the most part tend to devalue their brand equity by selling cut rate subs.

Instead, why don't magazines use their relationships to sell other products and services to their readers and make a subscription similar to belonging to a Costco or members club? By creating "real" subscriber member benefits a magazine subscription becomes more meaningful. Rather than sending out an endless amount of renewal notices as soon as someone subscribes, why not start creating member benefits? For example, daily e-mail blasts might provide special coupons or sales discount opportunities to subscribers and newsstand buyers. These savings would be specially created and targeted solely to either one magazine or a group of magazines owned by the same publisher.

The relationship of Good Housekeeping or Vogue with subscribers is such that if they offered those subscribers a "real" special discount on a new TV from Samsung or a new car leasing agreement with Ford the recipients would not only respond but feel special. This seems like a natural addition to a multi-platform advertising and promotion program for major clients.

Relationship marketing is not new but it seems not to be obvious to most magazine publishers. Imagine if Cosmopolitan or Elle had created a dating Web site in the early 2000s. Today they would each have a multi-million dollar profit center. Rodale could have easily created Web MD.

The major challenge today for most magazine publishers is two-fold: 1) Having too many silos that create content and sell it and 2) not monetizing the relationships they have with readers. Instead most publishers rely upon shrinking profit centers for print, subscriptions and a digital platform that for the most part is unprofitable.

Magazine publishers seem locked into an era that has passed and a business model that no longer works. For example, over 50 billion dollars a year is allocated for co-op advertising. Yet no co-op program exists for any magazine nor does any magazine company actively pursue one. 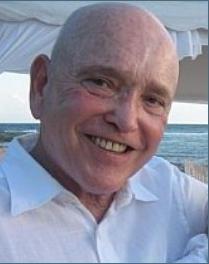 and Your Career chronicles his 50 year career working for over 25 different companies with 189 lessons learned. Blacker is still going strong today as a partner in Frankfurt & Blacker Solutions, LLC. His web site is blacker-reinventions.com and e-mail address is blackersolutions@aol.com