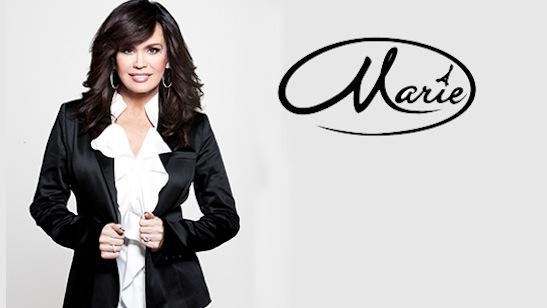 Marie – the show – and Marie Osmond – the human being – are welcome entries to daytime television.

Marie – the show – and Marie Osmond – the human being – are welcome entries to daytime television.

In the warm and welcoming tradition of yesteryear’s Mike Douglas and Dinah Shore talk/variety shows, Osmond’s new daily hour on The Hallmark Channel brings a class, elegance and sophistication to today’s TV that has been sorely missed for far too long.

A showbiz veteran of over five decades, with a seemingly immortal, youthful glow and energy, Marie Osmond is a non-stop powerhouse of talent on every level. We all know she sings, dances, and acts to excel (the Friday night ABC variety show that she hosted with her also-charismatic brother Donny, is legendary in the world of classic television). But many of her other diverse attributes may not be so obvious…at least not until you watch any segment of Marie.

Thankfully, Marie on Marie goes against the grain of the mean-spirited, edgy, non-stop sarcastic banter that is so prevalent on other talk shows of today. Instead, Marie employs her wit and media savvy with a pervading grace that actually lets her guests talk, and she makes every attempt NOT to interrupt them. She’s nothing but a cordial host, as if she was speaking and entertaining her guests – and her viewers – in the intimacy of her own home.

In the Marie segments I have seen on television, and during a recent and delightful visit to see the show in person, that’s exactly the atmosphere that she creates. She makes you feel “at home,” whether she’s chatting with a celebrity or a member of her studio audience. Unlike many public personalities who are only “nice” when the cameras roll, Marie treats everyone the same: with respect. On or off camera, she asks real questions about real life (“How’s your Mom?”), and plays no favorites, only because she makes everyone feel like they are her favorite. As a result, the viewers at home are brought to the party as if by special invitation – and just plain don’t want to leave or have that party end.

A multi-entertaining icon, Marie’s truest talents rest with her God-given ability to communicate, her sense of humor (which is direct; but never hurtful or insulting), and her ability to see everyone as equal. Her joyful spirit, combined with enormous talents, and her generous heart (she’s raised countless dollars, for one, with her Children’s Miracle Network charities), allow Marie Osmond, the gifted human being, to present Marie, the show – as nothing less than a gift to those who watch – and make – television.

Herbie J Pilato is an actor, writer, producer, and singer who has worked for Syfy, A&E, TLC, Bravo, The Discovery Channel, Universal, Warner Bros. and Sony. As the author of a number of acclaimed classic TV tie-in books (such as The Bionic Book,Life Story -The Book of Life Goes On, The Bewitched Book, Bewitched Forever, The Kung Fu Book of Caine, The Kung Fu Book of 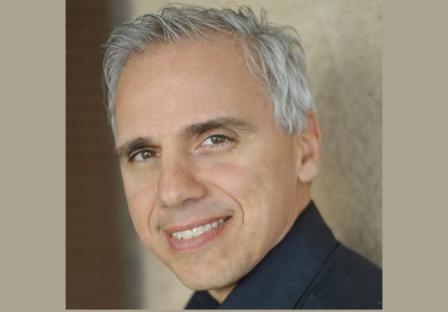 Wisdom, and NBC & ME: My Life As A Page In A Book), Herbie J is the Founder and Executive Director for The Classic TV Preservation Society (a nonprofit organization dedicated to closing the gap between positive TV shows and education; the Creative Director for Erie Street Entertainment (a TV production company that is geared toward sci-fi/fantasy, and family-oriented material); and the President of Pop-Culture Consultants (an entertainment consulting firm). Herbie J makes frequent television appearances on shows like the TV Guide Channel's 100 Moments That Changed TV and Entertainment Tonight. He's performed on daytime soaps such as General Hospital and The Bold and The Beautiful, as well as on classic TV shows like The Golden Girls and Highway to Heaven. Herbie J's newest books include Twitch Upon A Star: The Bewitched Life and Career of Elizabeth Montgomery, which was published by Taylor Trade in November 2012, and The Essential Elizabeth Montgomery: A Guide To Her Magical Performances, which Taylor Trade will release in October 2013. For more information, log on to http://www.herbiejpilato.com/.