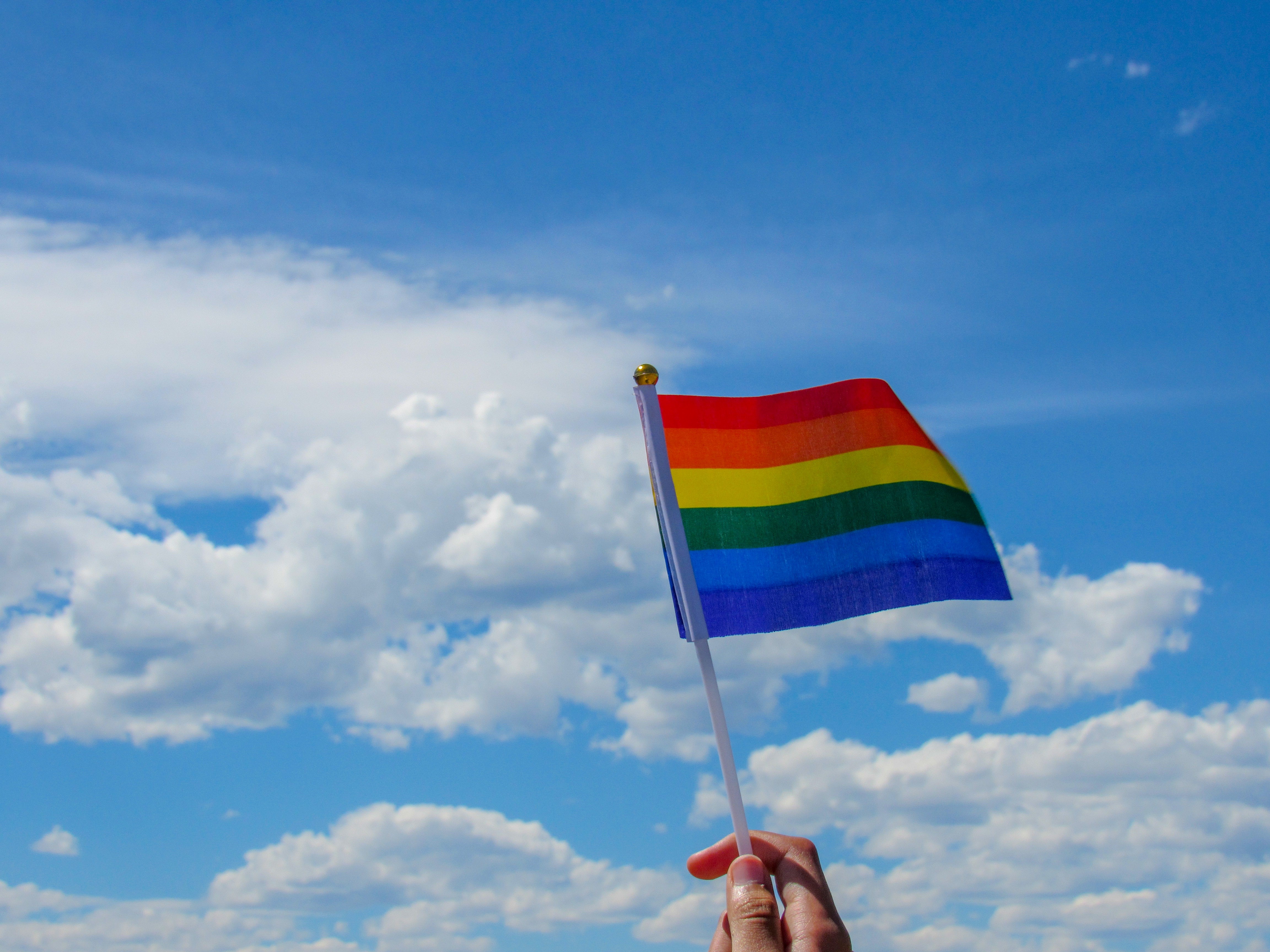 As every marketer knows, branding is everything! When many think about LGBT+ people, the rainbow flag is known internationally to be a symbol of LGBT+ acceptance and inclusion.

In 1978, at the urging of LGBT+ rights activist Harvey Milk, Gilbert Baker sought to make a symbol of pride for the community. As he later said in an interview, "Our job as gay people was to come out, to be visible, to live in the truth, as I say, to get out of the lie. A flag really fit that mission, because that's a way of proclaiming your visibility or saying, 'This is who I am!'" Baker saw the rainbow as a natural flag from the sky, so he adopted eight colors for the stripes, each color with its own meaning (hot pink for sex, red for life, orange for healing, yellow for sunlight, green for nature, turquoise for art, indigo for harmony and violet for spirit).

While that eight-striped flag flew for a short time when the flags were handmade, production issues made it impossible to find the fabric for the pink and turquoise stripes, so they were removed altogether, and indigo was replaced by blue. It became world-renowned in 1994, when Baker made a mile-long Pride flag to honor the 25th anniversary of the Stonewall riots, a major event in LGBT+ history. The media took notice, and the flag took center stage! This flag flew with its six stripes for decades, until the LGBT+ community identified ways to become even more inclusive.

Rainbow Flag in the Present

In 2018, Robert Quasar designed and debuted an updated flag, now known as the Progress Pride Flag. This flag added a triangle to the left side of the flag, which included a black stripe and a brown stripe, to signal the recognition of including the racial intersectionality with the LGBT+ identity of so many. It also included stripes in pink, lighter blue and white, the colors of the transgender flag. When asked about the redesign, Quasar clarified that the Progress Pride Flag "was not meant as a replacement" for Baker's iconic designs, but was intended "as a supplement to the many flags our community uses to represent us." 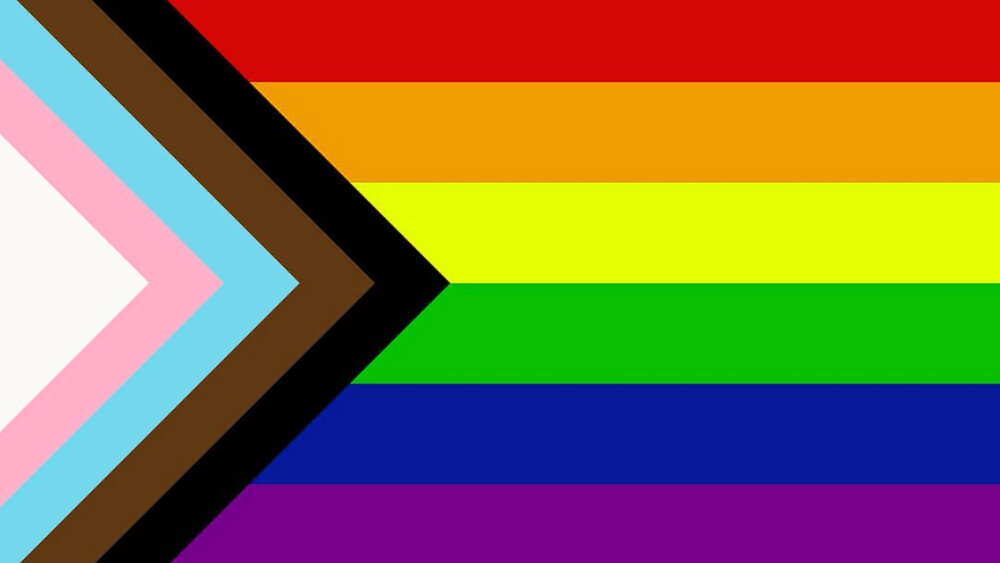 Often, the six-striped rainbow flag is what is added to labels to market products to LGBT+ people. Initially, many were thrilled to see rainbows be embraced by major brands, as this was seen as a sign of societal acceptance in new ways. However, times have been changing! As there are some companies who do nothing all year but slap a rainbow on products in June, some see this as performative marketing, meant only to sell products. While there is nothing inherently wrong with the use of rainbow flags to market products, many are now asking deeper questions. These include wanting to know if the company is inclusive in the workplace, whether human resources policies are supportive of same gender couples, and whether company health insurance includes coverage for transgender-specific medical care. Some want to see language on packaging and websites about donations to LGBT+ organizations and seek out whether the company has been vocal in support of the community year-round via their social media channels.

In addition, many now look for companies that use the Progress Pride Flag in their marketing instead of the six-striped flag, as this shows a commitment to honor the intersectionality of LGBT+ people. The result makes it easier than ever for truly inclusive companies to show their ubiquitous support and for those pandering to audiences to be held accountable. It is certainly something to be mindful about when planning to market toward the LGBT+ demographic as well as to the millions who are supportive of the LGBT+ community. Some are taking their mindfulness even further, offering products with a variety of flags including the original eight-striped flag, the newer six-striped flag, the Progress Pride Flag, the transgender flag, and others. This can be seen as an indication that LGBT+ history and the entire community are seen and affirmed by the company. Some also see this as an opportunity to buy one of each, resulting in higher sales, and often the sharing of the item on social media.

Spend some time thinking about or researching which companies come out with new labels or products specific to the LGBT+ community during Pride month (typically in June, though this may vary slightly throughout the U.S.). Consider or do some research into what, if anything, the companies do or say about the needs of the LGBT+ community during non-Pride times. How might a consistent voice lead to increased brand awareness and brand loyalty?