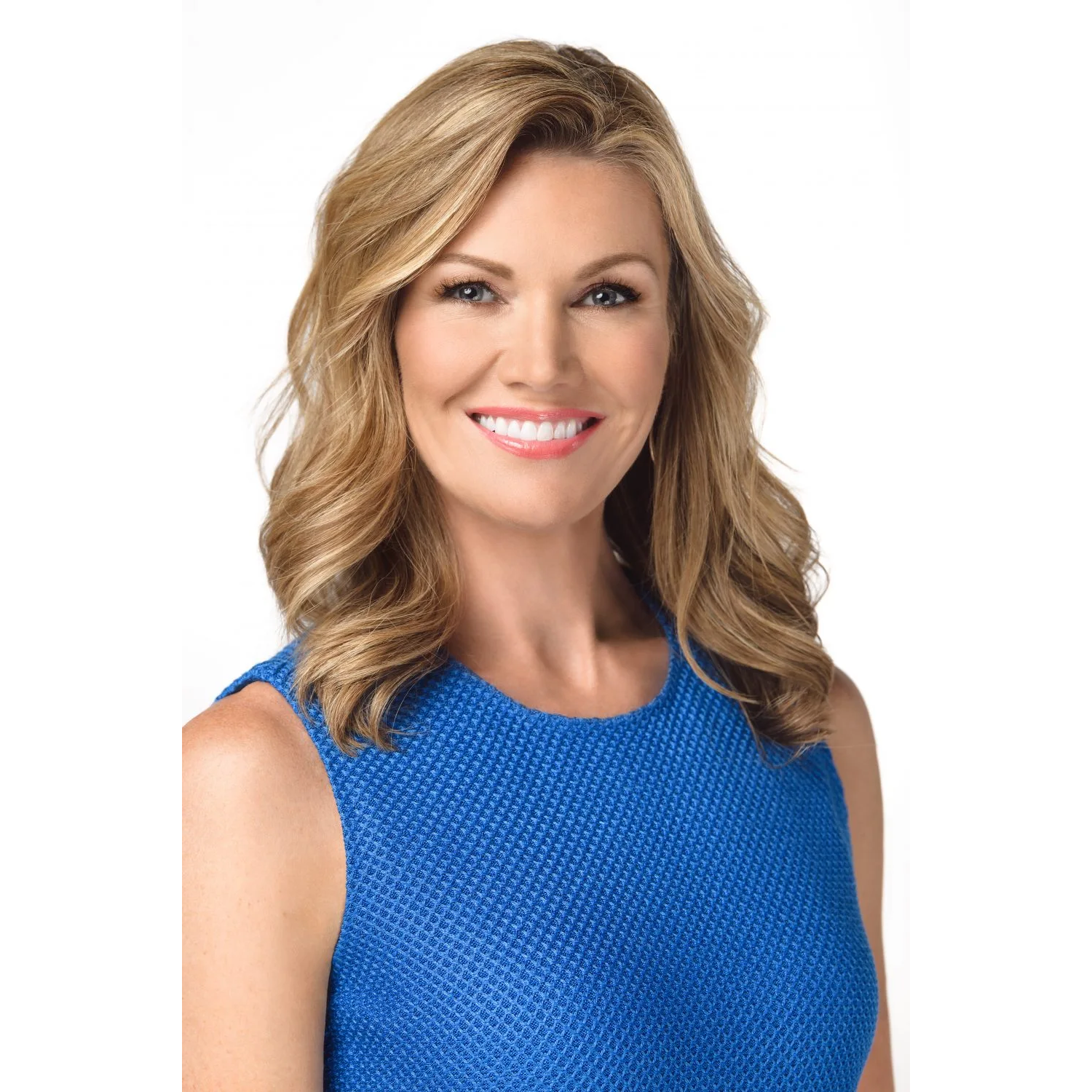 It's been two decades since Marni Hughes (pictured at top) started out in the TV news business at the bottom of the career ladder. Her persistence and passion for journalism and dedication led to her current role as a Chicago-based anchorperson at NewsNation, which she began when Nexstar Media launched the venture in September 2020.

With a few tweaks here and there, her course matches that of many top people in the field. You get in the door of a small-market TV station, often multitasking as a reporter, cameraperson, sound person and/or tape editor for any given assignment. You master your craft well enough to catch an opportunity at a medium-market station, then a large-market station or all-news cable channel, and perhaps one day, you leap into the role of nationally seen anchorperson or correspondent.

"You nailed it," Hughes acknowledged during an interveiw with  MediaVillage. "That pretty much explains the last 20 years of my life."

A pair of internships launched her career path. One was at CNN's Atlanta headquarters working on the weekly newsmagazine Fortune while in college. Then, fresh out of school, she joined WBNS-TV in Columbus, Ohio -- Hughes' favorite TV station growing up.

"I got my foot in by begging them to let me follow around great reporters that I had watched," she recalled. "I put together a resume tape while I was writing packages for the anchors. After a few months working there, they gave me an associate producer job, because I was doing more than just being an intern." 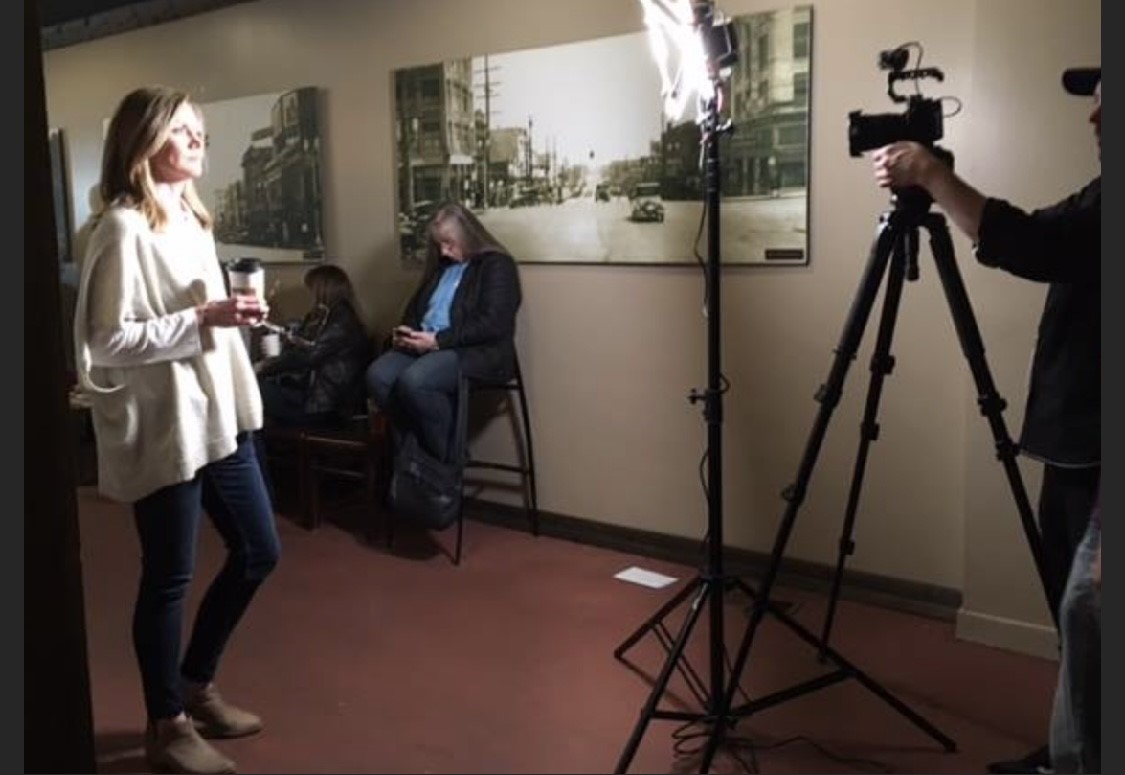 There was one particular WBNS reporter that Hughes regularly shadowed on the job -- Penny Moore. "What I appreciated most watching Penny work was that she did more than just ask the questions that got people to talk," she explained. "She listened to their answers. That often prompted them to share even more. When she would show up for a story, everybody would just watch her work. She was a great storyteller, [and was] also curious in a way that inspired me to ask tough questions, to dig more. It was about building trust, and that has always stuck with me."

Hughes' break into on-camera journalism came at WISE-TV, NBC's affiliate in Fort Wayne, Indiana (owned by Gray Television), first as weekday reporter, then as weekend anchor. After time there, she went on to three years in the same dual role at KTSU-TV in Salt Lake City, followed by five years of weeknight co-anchor work at KMSP-TV in Minneapolis.

Then came the plum top-market position in 2012: anchoring a new late-afternoon newscast for Fox affiliate KCPQ-TV in Seattle, a role that expanded over eight years to anchoring five-and-a-half hours of newscasts a day.

When not anchoring Seattle newscasts, Hughes launched a series of "Healthy Living" reports exploring topics from heart disease to autism, often with a sharp focus on the impact of the spotlighted subject on families. The series earned Hughes several local Emmy awards, including one for her series of autism reports.

"That was born out of a close relative of mine who is on the spectrum," she said. "It was a marriage of my interests and the need for my station at the time to do a series that impacted a lot of people. I hope that in the end, it helped a lot of people." 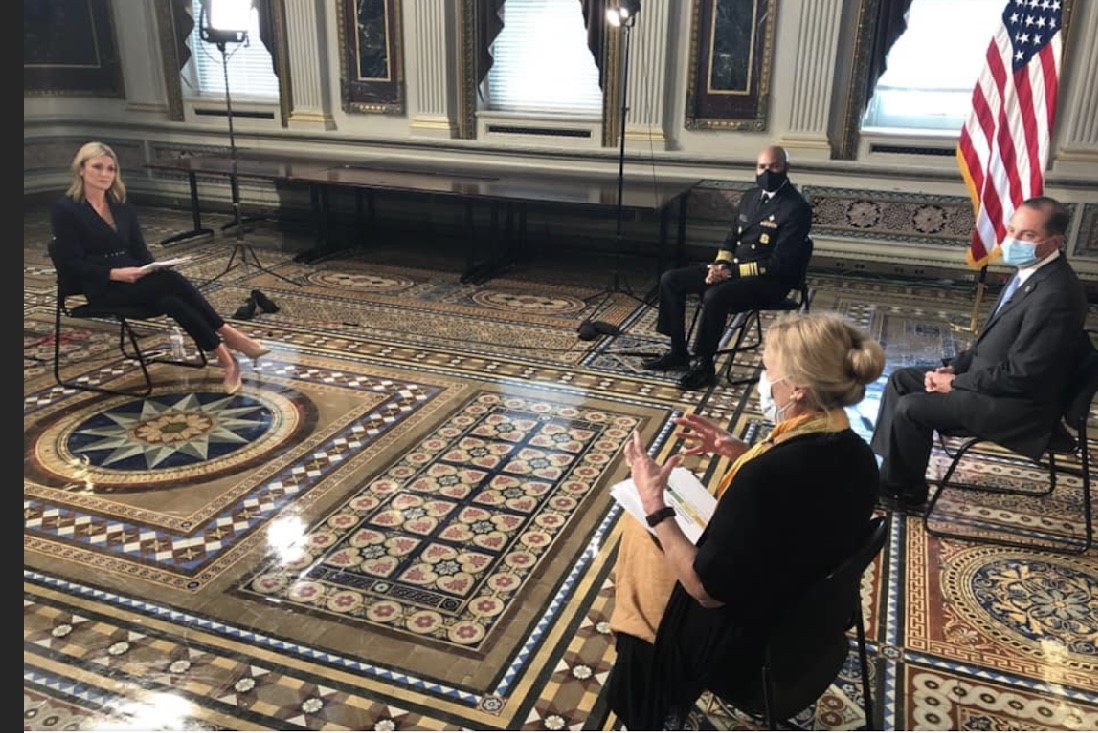 Special Report, which started as a roundup of developments in the Ukraine/Russia war two months ago, now reviews the day's major stories and looks ahead to likely developments the following day.

"I don't know what I expected working for a startup," Hughes admitted. "It has been challenging, exciting, educational. There's a lot I didn't know that I didn't know."

It has been "eye-opening" to watch NewsNation's evolution, she continued. "What I've learned here is that you've got to be adaptable and true to the reason that you came, which for me, is doing good journalism, asking great questions and presenting important storytelling," she said.

Hughes also puts together recurring "Missing" reports on NewsNation, featuring in-depth stories about missing-person cases across the country, and inviting viewers to get involved if they have any information on someone's whereabouts. In the coming months, look for Hughes to start "Prime Conversations," a series of special interviews with a wide range of industry leaders and entertainers.

Hughes shared some advice for those just starting out in TV journalism today: no matter how they get their foot in the door, they should be ready for anything, be a team player, and be willing to learn at every turn. "Stay curious, be relentless in pursuit of the truth, and really listen when you ask questions," she concluded. "It's a privilege to do this job every day."