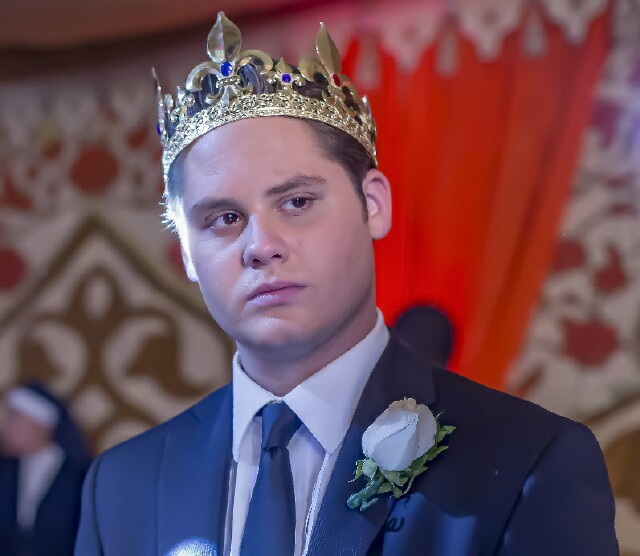 Before it even debuted, ABC’s newest family comedy “The Real O’Neals” was generating controversy. Slammed by religious groups for its blasphemous premise (a gay teen coming out to his staunchly religious mother) and mockery of all things Irish Catholic, the show may have been preordained with swift cancelation. However, since its March 2 premiere the infectious mishaps of the imploding O’Neal family have caught on, resulting in the network renewing it for a second season.

No one was more surprised by the initial outcry about the show than the cast, especially series star Matt Shively who plays Jimmy, the older big brother to newly out Kenny (Noah Galvin).

“That was weird,” he reflects. “Before we shot the pilot people were boycotting the show. Our creator Dan Savage believes in what he says, and what he says, he says to everybody. A lot of people don't like people having strong opinions about things. So it was an instant ‘we don't want this because it's Irish Catholic and stuff.’ But the show really isn't that. It was never the focus of the whole show; it's just the backdrop, which is really about this family coming together and becoming closer because of the fact that they’re learning how to communicate.”

That backdrop also includes Kenny and Jimmy’s sister (Bebe Wood) and their squabbling parents (J.R. Ferguson and Martha Plimpton) who are planning to divorce. And then there is the ongoing storyline about Jimmy’s eating disorder. You might say the O’Neal family’s cup runneth over with dysfunctionality. 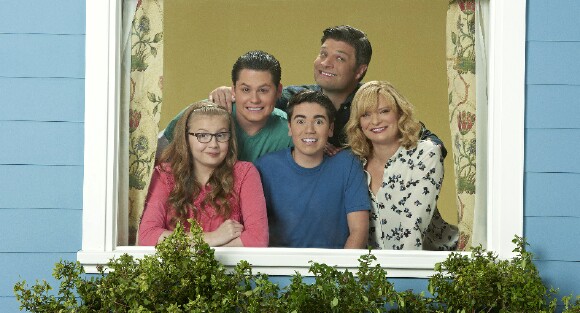 Shively says there are some similarities between his fictional and real life families. “My uncle came out of the closet and his side of the family was very religious,” he reveals. “That's what I love about this. I kind of watched this happen at a very young age and the reaction everyone has and how hard in general coming out is, no matter what the situation, can bring people closer together and also show people's true colors.

“It can tear people apart but that's what I hope our show, even though it's a sitcom, kind of shows,” he continues.  “It's not the end of the world when someone is anorexic, or someone in the family is gay or getting a divorce. It's just the start of a new journey.”

Shively is also proud of his character’s sympathetic and compassionate approach to his younger brother’s honesty in coming out, something that can only help in a difficult time for most teens.

“That was very important especially because I am playing the jock,” he says. “When you think of ‘the jock’ in an Irish Catholic family, you imagine he might be kind of a jerk about it. He's a jock so it wouldn’t be cool.  Jimmy just likes that we are all being open and he just wants everyone to love each other. He's a little dimwitted and not that smart book wise but socially and emotionally I think he's the smartest of all of them.”

With the show’s 13 episode run shot before it premiered, Shively reveals that tonight’s season finale will provide some full circle moments for the family. “I wouldn't say it is a complete ending, but there's a lot answered and a lot of us coming together to become one,” he says. “We didn't have a family unit and then went through all the things that families like us would. Like Kenny coming out, the divorce, then everyone coming together to see how it all works out.”

“The Real O’Neal’s” season one finale will be telecast tonight on ABC at 8:30 p.m.