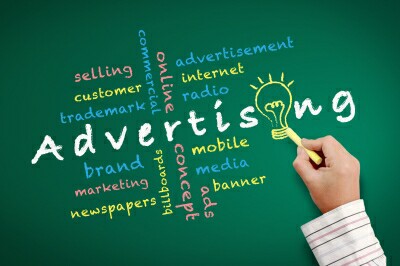 Too often I am asked to define “native advertising,” a concept and strategy so ubiquitous in the marketing ecosystem in which we operate that concrete definition, at this point, is almost moot.

While we in the advertising industry have grappled with the semantics behind the strategy (even the IAB has attempted a definition), native advertising has rapidly become a must-have in any strategic plan – and its prevalence in the marketing world is sure to grow.

Already, native advertising is a flourishing, multibillion-dollar business. BIA/Kelsey estimates that native ad spending on social media alone will increase from $3.1 billion this year to $5.0 billion in 2017. Facebook’s mobile app alone generated $1.4 billion in native ad revenue in Q4 2013, and Yahoo has announced that it will be ditching banners in favor of a native-only approach for advertising in its mobile feeds.

The market imperative behind this evolution is easy to discern. Mobile is becoming the standard for new social media and news websites, with newsfeeds mimicking the seamless stream that mobile initiated.

But these trends present serious challenges to advertisers seeking to capitalize on mobile web or on websites that are adopting mobile web formats. Making money through these platforms is difficult because there is simply less organic space on which to serve ads to the consumer. In a digital world, compelling and relevant content is required to truly and effectively engage with an omnimobile, multiplatform, always-connected consumer.

To meet this need for engaging content, an emerging crop of service companies and tech platforms has arisen that facilitate content creation (i.e. Collective Digital Studios, NewsCred, Conde Nast Entertainment, etc … all MediaLink partners). There is also a growing set of publishers across the web which offer, and even create, in-feed ads (think: last summer’s dazzling native ad for Netflix’s Orange Is the New Black by The New York Times’ brand content unit, T Brand Studios). We are seeing the growth of software companies that power these in-feed ads as well.

Good native advertising powerfully meets the challenge of targeting consumers with media in a way that does not disrupt the enjoyment of the advertising content. Companies like Sharethrough (a MediaLink partner) are placing branded content within premium publishers’ feeds that is as compelling -- if not more so -- than the content around it.

In a recent study, Sharethrough published the same creative message in both pre-roll and native advertising formats for each of five advertisers’ campaigns. Sharethrough used Nielsen Online Brand Effect to create in-depth metrics on brand lift and the campaign elements driving that lift … and the results were emphatic.

Sharethrough CEO Dan Greenberg attributed these results to the quality of the product. “Well, it's truly, truly viral,” he said, “and I think what we saw was that this is the postcard of the future. That if brands are going to produce content that is obviously better than most content on YouTube, it doesn't have to be once in a blue moon that it goes viral.”

With its study in mind, Sharethrough has continued to produce high-quality, meaningful content for its clients and has turned the launching of a viral ad from a “shot in the dark” advertising experiment into a well-proven science.

Clearly, there is a "meaningful content" movement emerging -- a movement from obnoxious ads, clickbait headlines, and echo-chamber retweets to a new appreciation for the publishers and brands that are creating real content. This movement, combined with the proliferation of newsfeeds (largely driven by mobile), is fertile soil in which native advertising can and will grow.

The future of digital advertising is here, and it’s native.

founded MediaLink in 2003 to be a transformational partner to the world's leading media, marketing, and technology companies. As Chairman and CEO, Kassan has led the firm's expansion from strategic advisory into multiple business lines including executive search, financial due diligence, agency benchmarking/reviews, and trade marketing. With a culture focused on both confidentiality and transparency, MediaLink now sits at the epicenter of major cross-industry initiatives and legislation helping to build consensus between government, marketers, and publishers. He can be reached at michael@medialink.com