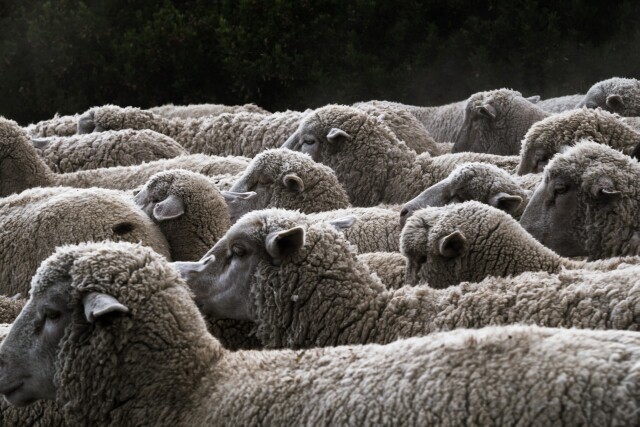 My first ever "News on the Record" column, which was published in January of 2019, was entitled "Something Is Happening in the Commentary Space" and discussed the bevy of new online media projects that had appeared in the post-2015 era and were committed to providing an alternative to the left-leaning media, right-leaning media duopoly. Looking back on these projects now, not only did they largely fail to attenuate the partisanship and tribalism they aimed to abate, they, in many cases, gave rise to tribes of their own. For instance, as Matt McManus argued in December of 2019, 11 months after my aforementioned column ran, the Intellectual Dark Web was already becoming as predictable and staid as many of the media outlets its component publications had been created to provide an alternative to.

This, however, does not mean that this objective of prioritizing the original over the stale or the heterodox over the myopic is not still a worthwhile one, and, to be fair, some of the outlets that were part of that post-2015 media renaissance have fared better than others (UnHerd, for instance, comes to mind). As we enter 2022, it is important for media outlets to remember the spirit of those media projects that sought to do things differently, even if in the end they fell short. To state the obvious, actively pursuing the truth of things regardless of ruffling feathers within one's chosen tribe is both essential for practicing journalism correctly and for maintaining credibility with readers and viewers over time. In the short term, playing to one's base might be tenable, but eventually outlets will be penalized for sacrificing originality and incisive thinking at the altar of fealty to party orthodoxy, especially when said orthodoxy is constantly in flux.

Clearly, human beings are tribal, with social psychology (e.g., The Robbers Cave Experiment), compelling theories in evolutionary biology and common sense all working in concert to confirm this. Interestingly, though, in today's largely secular and ethnically diverse Western democracies, ideological tribe has, in many ways, replaced historical divisions along the lines of race and religion. With this in mind, it is hardly surprising that profit-conscious media outlets would look to cater to each ideological subset of the population; as they say in business, "specialize," "identify your target market."

And the Intellectual Dark Web was not the only loosely affiliated group of writers, commentators and journalists that became an ideological subset of its own. For instance, I have also discussed what I dubbed "the Aaron Maté Club," another batch of critics of the critics, so to speak, who became far too predictable.

But that is the nature of how ideological groups operate, after all. One starts with a good idea (or at least a reasonable idea) and then takes it too far. Historically, this has taken many forms, from overapplying Darwin's findings to seeking to extrapolate Einstein's theory of relativity to cultural questions to taking a few kernels of interesting insights from Marxist interpretations of history way too far. In the case of the Intellectual Dark Web, its leaders' laser focus on the value of universally accessible reason and technological advance came at the cost of appreciating other elements of the human condition. For the Aaron Maté Club, zeroing in on a few neo-Chomskyite interpretations of American foreign policy and views about how corporations operate has made it difficult to view events individually rather than as part of predetermined patterns. However, as I wrote in the past and would say again today, these criticisms do not detract from my view that both the Intellectual Dark Web and the Aaron Maté Club are largely correct on certain subjects and at times (or even frequently) have interesting things to say.

In an interview with Nigel Warburton for his podcast Philosophy Bites Back, the author and political theorist Chandran Kukathas recalled a dinner he had attended during his student days at Oxford to honor Nobel laureate Friedrich Hayek that was organized by young fans of his:

"Towards the end of the evening, someone stood up and proposed a toast to Professor Hayek, and he, of course, had to respond. He got up rather wearily -- I think he had had enough of these sorts of occasions by now -- he was in his eighties. He only said one simple thing: He said thank you very much, and that he appreciated the gesture. The only thing he wanted to say was that he hoped that there would never be Hayekians in the world, because he thought that followers were always a bad idea, and followers were always much worse than the people they followed. Marxists were much worse than Marx; Keynesians were much worse than Keynes; and so he really hoped there wouldn't be any Hayekians."

Similarly, as Robert Vinten writes, "When Rush Rhees said to Wittgenstein that he was thinking of joining the Revolutionary Communist Party, Wittgenstein tried to dissuade him from doing so on the basis that as a philosopher you should always be prepared to change direction and being loyal to a party would not allow you the necessary flexibility to change course."

As readers of this column by now would surely expect me to say, this advice ought to apply to both individual journalists and the media outlets that employ them. Although I say the following knowing how unlikely it is to take place, I hope that 2022 might finally be a year during which the press begins to learn this lesson. And even if outlets do not want to implement these changes for theoretical or purely journalistic reasons, it is very much in their best survival interest -- over time -- to do so.