Media Jenga: A New Game at the Upfront 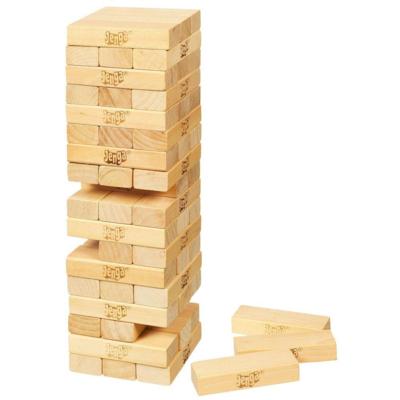 It's Upfront time; the annual futures market of the US TV industry. Despite the annual debate about its significance it remains the largest single financial inflection point of the year for advertisers. Incorrectly predicting demand and supply can be expensive.

A lot has changed -- and there's a new phenomenon this year that shows the shape of things to come. We used to live in simpler times. Wanted to buy ads on Fox?  Easy, call Fox.  In print things were much the same. A page in Vogue maybe? A call to Conde Nast would do it.

Drift forward to the digital age (which at first we also thought was pretty simple). Ads on the New York Times digital properties? Either call the Times or buy them from an exchange or an ad network. Want more just like the NYT? Buy inventory extensions on other properties. Multi-platform? Call ESPN for one stop access to TV, the web and the app.

Fast forward to today. Talk to NBC about the Rio Olympics and you will get the opportunity to work with all of Buzzfeed, Vox, Snapchat Discover and Stories, Facebook Instant Articles (if not Facebook Live Video), Twitter and more besides. NBC owns part of the first two but not the others.

This is Media Jenga. An interlocking tower of content creation, distribution, brand integrations and ad sales, all served with a side of data.

It's been clear for a while that it's no longer enough to rely on a single platform like television, but now it seems that the aggregation of owned and operated properties by almost any single party won't do it, either. New multi-platform and multi-party deals need to be struck -- and that's what's on offer this year.

Now, and to the credit of NBC and others, sellers have realized that:

NBC has recognized that reach is reach and that more reach is better, that engagement is active and everywhere and not just passive and contained in the living room. They have realized that some people start their media consumption somewhere other than NBC properties. All this adds up to an enhanced economic opportunity and one that they are happy to share with business partners that they do not own.

In our annual Interaction report we said several years ago that simultaneous reach would remain valuable but that its price would rise with scarcity. We noted then that the advertiser and the agency would need to extract further value by leveraging their investment across channels. That moment has arrived, as have the commercial arrangements to action it.

As in every game of Jenga the same question arises. How high can the tower go? Hopefully, very high indeed as content and brands share the common need of large engaged audiences.

(Note: NBCUniversal is a client of GroupM)