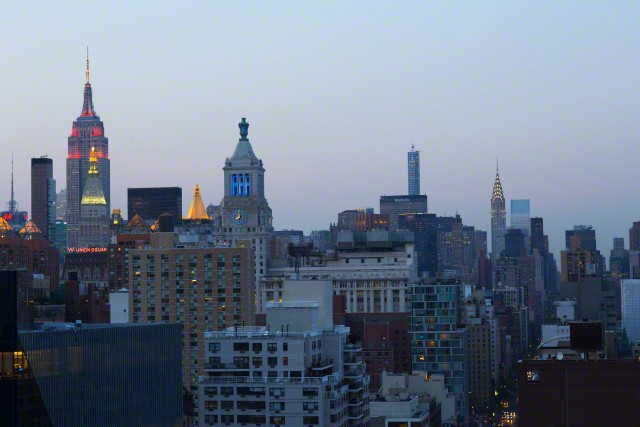 A roundup of the week's key news from MediaVillage member companies the wider media industry. This week, broadcast, cable and streaming TV continue the battle for viewers, Facebook continues to shape media strategies, and the industry continues to come to terms with both ad bots and ad-blockers.

Advertisers Will Lose $7.2 Billion Globally to Bots in 2016

+ Netflix's Ted Sarandos at TCA: "We Are a Global Network"

Info from your Facebook activity, like stuff you share publicly or with followers and friends, will be included in the ratings during the first half of 2016 (via Engadget).

+ Comcast Partners With Twitter-Owned Niche and 19 Influencers to Pitch Its Cable Box (via Adweek).

Company expects to take an equity share in Taboola as part of partnership to share content between all brands under the AOL umbrella (via Business Insider).

+ AOL's identity crisis: The company may ditch the 'AOL' brand (via Business Insider)

Heads Up, ESPN: Facebook Built Its Own Game Hub for Live Sports Stats

Users can follow play-by-play updates, live stats and expert commentary for their favorite teams (via Re/code).

Univision Buys a Stake in The Onion to Reach Millennials

Acquisition of a large stake in The Onion, the comedy and satirical digital media group, is part of Univisions's efforts to extend digital reach and strengthen comedy portfolio (via New York Times).

Soundwave is a social network for music lovers; Cord Project is an audio-first messaging app for Android, iOS, and the Apple Watch (via Paste).

Dynamically inserted ads aim to capitalize on the ripple effect of live events, such as sports events, political rallies or awards shows (via AdExchanger).

As part of a major push for its AdBlitz video platform the company is encouraging advertisers to show content on YouTube before The Big Game even starts (via Engadget).

+ Stuart Elliott: Super Bowl 50: One 'L' of a Game for Madison Avenue

This New Ad-Blocker Has a Plan to Pay Publishers

New browser called Brave is just the first step in a far more ambitious project to reshape tracking-based web advertising as a whole (via The Verge).

+ As IAB Bars One Ad Blocker From Its Summit, It Welcomes Another One on Stage (via Ad Age)

The ad-supported podcast episodes last 20 minutes each, are hosted by "Here and Now" anchor Meghna Chakrabarti on Boston's NPR affiliate, WBUR (via Digiday).

How Nielsen Measures Social Media Buzz About TV (via Bloomberg).