MediaCom: Religion Should Not be Taboo for Marketers - Mick Mernagh 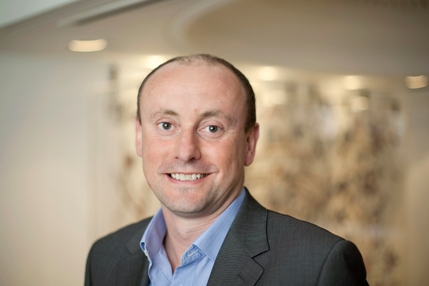 We live in an industry that's constantly thinking global. Account realignments, central client management and brand positioning. But if you truly want to understand consumers you have to operate on their level, go down their street and understand their lives, including peering inquisitively into their religious beliefs and practices in a local sense. Yes, religion should not be considered taboo for marketers when segmenting and targeting consumers.

And the issue of local understanding is even more important when it comes to religion. Miles Young, global CEO at Ogilvy & Mather, recently highlighted the increased importance of understanding Islam for two reasons.

Firstly, it's about numbers. The GDP of the five large Middle Eastern countries is the same size as India, but with a population of just one-third. Fifty-three per cent of the population of the N-11 countries (Goldman Sach's list of the next generation of global powerhouses after Brazil, Russia, India and China) are Muslim.

Secondly, Young argues that while most global enterprises view the world via the prism of demographics and geography, religion, especially in the Islamic world, is a powerful vertical segment, which unifies attitudes and behaviours.

I'd go further and point out that many countries now contain a tapestry of beliefs and religions, all of which are crucial in understanding consumer values and choices.

Although most countries will have a dominant system of belief that also contributes to accepted cultural norms, secondary religions will be powerful forces for guiding individual consumer choices. In countries with significant clusters of religious adherents who do not follow the dominant religion, those choices may work differently. Local understanding and insight are utterly crucial.

This is especially important in urban areas. Many of the world's major cities are now multicultural, which often increases people's needs to hold on to their own (or their family's) original identity – often defined by their religion.

It is very important for brands to be sympathetic to this. It is very easy to offend someone's cultural background by simply transferring one message from one region to another, or insisting on the same rules and messages for all staff and consumers.

MediaCom's consumer insight division has long held the importance of not only talking to consumers but also interviewing local cultural experts. While working for the Metropolitan Police in London on a knife crime campaign targeted at ethnic minorities, we talked our ideas through with religious leaders as well as community leaders and local journalists to ensure that our message was well received.

Many in the marketing and advertising industry regard religion as just another interesting segment, along the same lines as 'greys', the 'Pink Dollar; or Latinos in the US.

These are all very valid targets for segmentation but religion differs qualitatively. For some believers religion is the prism through which they view the world.

Brands cannot afford to segment by religion in the same way they view age or ethnicity. A religious identity can, for many believers, be their primary identity rather than a simple qualifier to their nationality, or country of origin.

Consumer insight needs to be very sensitive to the expanding and complex religious issues that shape local markets and if we are to communicate effectively, we cannot ignore or generalize these.

Mick Mernagh is MediaCom's Global Head of Insight and can be reached at Mick.Mernagh@mediacom.com.

Read all Mick's MediaBizBloggers commentaries at The MediaCom Insider.