MediaVillage Backstage at the “America’s Got Talent” Finale 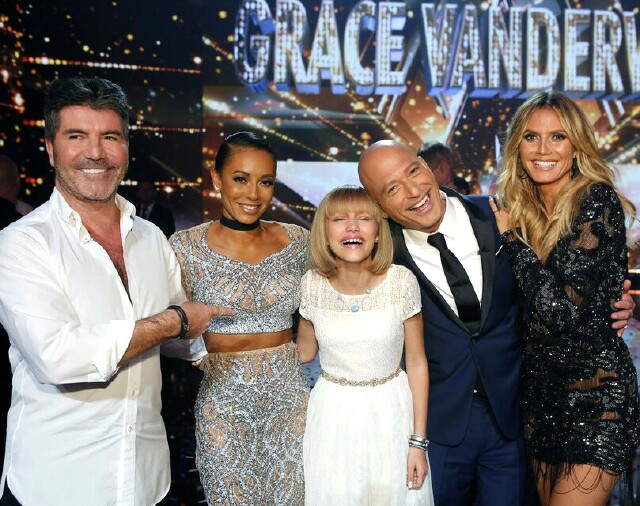 The “America’s Got Talent” top 10 took to the stage one last time on NBC Tuesday night to deliver their final, all-important performances. With no judges’ vote this week, the deciding vote and future of the winning act was placed firmly in the hands of viewers. While each of the acts once again proved award-worthy, America spoke loudly last night when the group was painfully whittled down to two: psychic illusionists The Clairvoyants and 12-year-old singer/songwriter Grace Vanderwaal. (Viewers may have thought The Clairvoyants -- Thommy Ten and Amélie van Tass -- could have predicted the outcome; if so they didn’t let on.) Not surprisingly it was the hugely talented and charming Vanderwaal who was crowned this season’s “AGT” winner. (She is pictured above, center, with judges Simon Cowell, Mel B, Howie Mandel and Heidi Klum.)  MediaVillage was backstage after the big show to get everyone's reaction to the outcome.

Thommy Ten and Amelie van Tass may not have won, but their performance was one of the most talked about of the night, because surprise guest Paula Abdul was on hand as their assistant -- and she managed to botch her part in it. (Ten, Abdul and van Tass are pictured below, left to right.) Despite losing to Vanderwaal, the duo still felt victorious. “Grace wants us at her show October 27, 28 and 29 in Las Vegas,” a beaming Ten exclaimed backstage after the show. “It will be an AGT party and we are super excited.  We’re going to Vegas!” 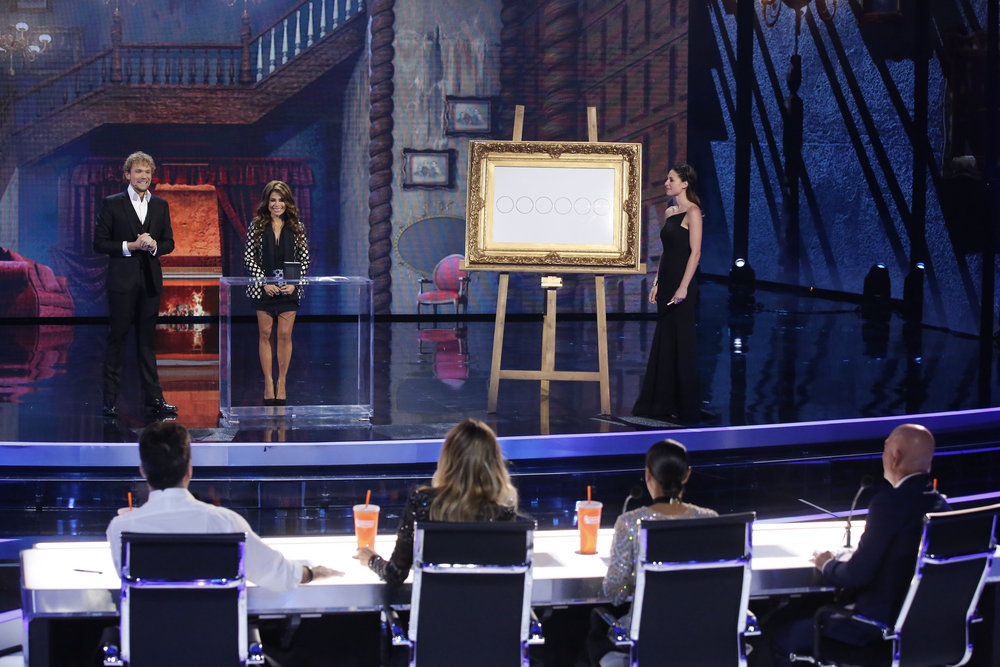 “We are The Clairvoyants, but we don't know everything,” joked van Tass when asked if she and Ten knew Vanderwaal would win. “I think this is very good because if you knew everything life would be so boring. We are just super thankful for all the support America gave us and will do our best to make the most of it.”

The duo also had advice for Abdul and extended an open invitation for her to play Vegas with them. “She should play our numbers, I don't think she'll forget them,” Ten joked.  “Paula, if you're listening, please come to Vegas.”

But the night belonged to Vanderwaal, who at 12 years old wowed the judges and millions of viewers at home. “I think you have to say the right person won and she won it in a unique way,” judge Simon Cowell said after the show. “She didn't do cover versions.  She took a few risks, but it paid off. You don't see that very often. That minute at the end reminded me of the Kelly Clarkson moment [at the first American Idol finale] when they said. “And the winner is…” I kind of had that same feeling again when they read her name out and I saw her reaction and she was literally in pieces. I liked that, though.”

Cowell’s sentiments were echoed by fellow judges Mel B and Heidi Klum. “I think America got it right,” said Mel. “How could they get it wrong?”

“Grace won and she's an amazing person inside and out,” Klum raved. “I love this little girl. She's pure, real and she's not like a stage kid. Her life changed in the past seven weeks; she auditioned, went straight to the live shows and week after week climbed up the ladder till boom! Today she won and rightfully so because she is unique and has the most incredible voice. I'm not really into a lot of the new artists but I would listen to Grace.  She's 12 years old and she sold a CD to me already! I think she's special in so many ways.”

For Vanderwaal, an instant millionaire, winning was still sinking in. (The AGT grand prize is $1,000,000 and a gig in Las Vegas.) “I'm not a millionaire,” she quipped when asked how it felt to be one.

“Yes, you are,” said judge Howie Mandell, who chose the songstress as his Golden Buzzer pick.  “Up to this point she was getting $2 for a tooth from the tooth fairy.”

“On a good day,” laughed Vanderwaal. “That’s a good price.”

Vanderwaal also admitted that she was “excited to be hitting Vegas” and looking forward to having many of her AGT family join her for her show. Still, the biggest thing on her mind, via her newfound wealth was [in addition to contributing to a music charity] getting her own treehouse.

“I want to go on [Animal Planet’s] Tree House Masters,” she revealed. “I want to get a treehouse. It's been a life-long dream. I remember my dad once told me he’d build me a treehouse and he put three wooden planks on the trunk but nothing else. So I’m trying get a Treehouse Master to do it for me. Imagine how much fun that would be in the winter? To be playing in the snow and just go to my treehouse and make some hot cocoa in your socks, but what if I had two small treehouses? For me and my sister! We could zip line and have sleepovers and we could zip line between the two when I have a bad dream.”

Treehouses aside, Cowell is predicting AGT won’t be the last America hears of Vanderwaal. “She's a smart girl, she connected with people and I think when you're that age and you want to be a pop star you have to have trust in the people you're selling records to," he said. "She didn’t compromise and did it in her own way. I think she's already written one or two hit records and I don't think she should rush anything.  For the moment she should take her time. She's only 12!”

Cowell also offered advice on how she should spend her $1 million prize, although it’s probably best she doesn’t listen. “[Spend it] badly!” he laughed. “The first time I made $1 million I blew it -- but I had the best time of my life!”