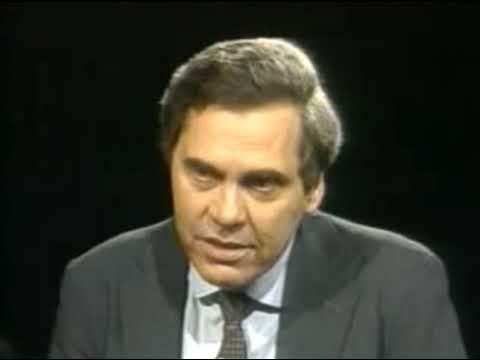 Dr. Neil Postman was my mentor and the most important influence in my career. I earned my Master’s Degree in Media Ecology with Neil, and later joined his advisory board at New York University. The following article on Neil, written by Scott Timberg and published by Salon, is worthwhile reading for all in the media business; I highly recommend it especially for all of you who consider themselves students of our industry and its history.

The most important media observer of our time died a decade ago -- but saw our superficial, silly side taking over

These days, even the kind of educated person who might have once disdained TV and scorned electronic gadgets debates plot turns from “Game of Thrones” and carries an app-laden iPhone. The few left concerned about the effects of the Internet are dismissed as Luddites or killjoys who are on the wrong side of history. A new kind of consensus has shaped up as Steve Jobs becomes the new John Lennon, Amanda Palmer the new Liz Phair, and Elon Musk’s rebel cool graces magazines covers. Conservatives praise Silicon Valley for its entrepreneurial energy; a Democratic president steers millions of dollars of funding to Amazon.

It seems like a funny era for the work of a cautionary social critic, one often dubious about the wonders of technology – including television — whose most famous book came out three decades ago. But the neoliberal post-industrial world now looks chillingly like the one Neil Postman foresaw in books like “Amusing Ourselves to Death” and “Technopoly: The Surrender of Culture to Technology.” And the people asking the important questions about where American society is going are taking a page from him.

“Amusing Ourselves” didn’t argue that regular TV shows were bad or dangerous. It insisted instead that the medium would reshape every other sphere with which it engaged: By using the methods of entertainment, TV would trivialize what the book jacket calls “politics, education, religion, and journalism.”

“It just blew me away,” says D.C.-based politics writer Matt Bai, who read the 1985 book “Amusing Ourselves to Death” while trying to figure out how the press and media became obsessed with superficiality beginning in the ‘80s. “So much of what I’d been thinking about was pioneered so many years before,” says Bai – whose recent book, “All the Truth Is Out: The Week Politics Went Tabloid,” looks at the 1987 Gary Hart sex scandal that effectively ended the politician’s career. “It struck me as incredibly relevant … And the more I reported the book, the more relevant it became.”

Scott Timberg, a longtime arts reporter in Los Angeles who has contributed to the New York Times, runs the blogCulture Crash.His book, "Culture Crash: The Killing of the Creative Class" comes out in January. Follow him on Twitter at @TheMisreadCity    Read the original post in Salon here