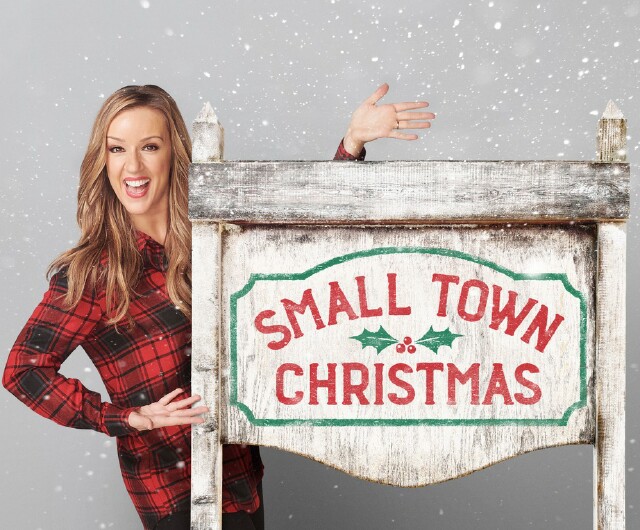 With the holiday season well and truly upon us, UPtv is providing viewers with insights into how America's heartland celebrates the season courtesy of its new travel show Small Town Christmas. Hosted by Megan Alexander, the four-part series travels across the country to showcase some of the most spectacular displays of Christmas you will ever see, while pulling back the curtain to reveal how everything comes together. For Alexander, a Christmas devotee, combining her love of the season, and travel, was a partnership made in heaven.

"I've always been a huge fan of Christmas," Alexander said during an exclusive interview with MediaVillage. "I remember at age five my parents took me to see The Nutcracker and I just fell in love with that music. Now I have three small kids and Christmas is about so many things. Obviously, family traditions, community events, the music, the food … but I also love to travel during the holidays and see what small towns do. What's their spin on the local Christmas parade or their spin on hot cocoa?

"I said to my husband several years ago, 'I'd love to do a holiday show where we travel the country and bring viewers all these unique events'," she continued. "Many of them have been going for years and passed down through families, like their grandfathers started an event, and now the grandsons are carrying it on. I think, especially after the year we've had, I wanted to bring people some cheer and hope."

And that's exactly what Alexander achieved while visiting towns and cities where Christmas often begins as soon as the Halloween decorations come down. "There was a long list of cities and small towns, we wanted to visit," she explained. "It ended up coming down to logistics. To get this season on air this year, we had to film in November. Branson, MO, kicks off Christmas with their tree lighting the first week of November. We then rolled into Bethlehem, PA, for a live event they perform downtown. We were able to capture Natchitoches, LA -- their Christmas festival, and the fireworks that take off over the Cane River.

"We ended in Summerville, SC, and it had to line up schedule wise," she added. "There were some towns and cities I'd have loved to have covered, but they kick things off a little later. Our fingers were crossed that we [wouldn't have] any weather issues … I was wondering if a snowstorm rolls in, what are we going to do? But thank the Lord we ended up being okay weather-wise."

In addition to hosting the series, Alexander also serves as its executive producer, and given all the mechanics in place behind the scenes due to COVID protocols, she's very thankful that everything went according to plan. "Everybody was really committed to bringing positive content for the Christmas season," she explained. "These small towns, and small businesses, are the heartbeat of America. Our small towns keep things coming and keep things running. In so many of our planning conversations, I'd call somebody to present an idea for the show and say we would love to come and film with them. It was all very much, 'We could use it.'

"For example, at the historic Hotel Bethlehem (in the second episode, premiering December 12th) they told me they are used to being booked solid and sold out during the holiday season," Alexander recalled. "So, to have things be so devastatingly quiet during COVID … I mean, so many small businesses are hanging on by a thread. They were thrilled to talk about their businesses, and how they're open and doing okay. It was a privilege, and an honor, to feature all the small businesses. These communities fight for each other and care about each other, but they need our support and welcomed the opportunity to get some exposure."

During her travels, Alexander was also exposed to traditions unique to the towns that she visited. Something that took her completely by surprise was the variety of incredible creatures featured in so many of the festivities. "In Branson, I encountered camels used in their show Jesus," she said. "They're beautiful and majestic creatures, but very intimidating, so I was nervous."

Then there was the filming of the third episode (Natchitoches, LA) "We've all heard the classic poem 'The Night Before Christmas'," she said. "But in Louisiana, they have a version called 'The Cajun Night Before Christmas.' Santa is called Papa Noel and his sleigh isn't pulled by reindeer, but by alligators! So, you will see alligators. Never in a million years did I think alligators would be a part of things. But it was all very safe."

Alexander also enjoyed sampling the many culinary delights on offer. "The Sugar Leaf Bakery in Branson had their take on the Yuletide Log, and it was very decadent," she said. "In Bethlehem, I made a candy cane peppermint cruffin. In Summerville I was given a peppermint bubble tea, which was really cool. There are tons of goodies if you want to try to duplicate them."

According to Alexander, UPtv's message of faith and family made the network the perfect home for this slice of Americana. "I've been a fan of UPtv for a while now," she proudly stated. "Bringing Up Bates is very positive, and they also have shows like Heartland, Reba, and of course so many wonderful Christmas movies. It seemed like a perfect partnership, and it has been."

As for developing new traditions of her own, Alexander has already started a miniature Christmas village, after being inspired by the show's first episode. And there's one takeaway she hopes inspires all viewers. "I got to meet Father Scott in Summerville, SC," she shared in closing. "He does this really neat message on Christmas Eve for the kids that ties together Santa Claus and Jesus and brings it all together. Sometimes people aren't sure how it all matches up, so I was inspired to do a better job talking to my children about how it all comes together. I hope people take that away from our fourth episode."

Small Town Christmas is telecast Sundays through December 24 at 9 p.m. on UPtv.