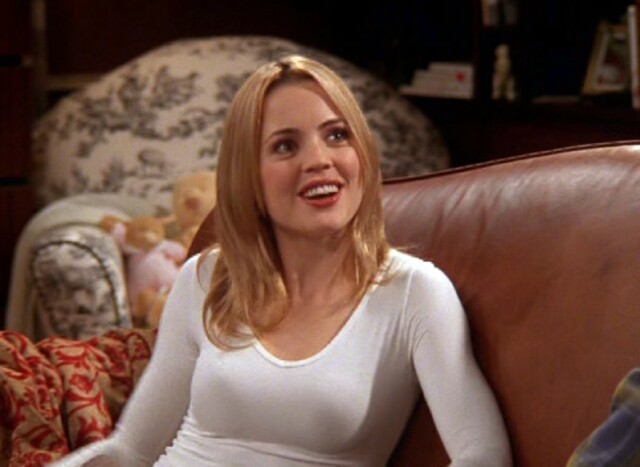 It was episode twelve during season nine of Friends (The One with Phoebe’s Rats) that we met Molly the hot nanny, whom after an exhaustive search was hired by Ross (David Schwimmer) and Rachel (Jennifer Aniston) to care for baby Emma.  It was the first of two episodes to feature Australian actor Melissa George in the role, and it’s a part George still cherishes landing.  “Oh, that was the greatest thing ever, and I wanted to be on that show so bad!” she told me when I asked about the experience of becoming a Friend of Friends.

“It was the second-to-last season of the show, so long ago,” George (pictured at top) continued.  “I believe they were looking for some supermodel.  I saw all these beautiful women at the casting and got up and left.  I was like, ‘I’m leaving.’  I was about to open the door and they called ‘Melissa, you’re next!’  I was like, ‘shit!’  So, I had to audition.” 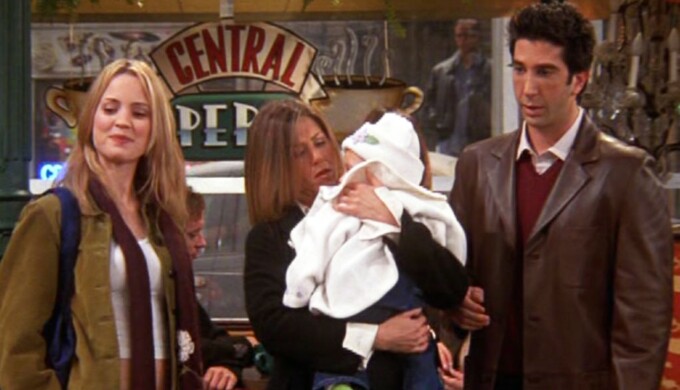 In the episode, Molly aces her interview to become Emma’s nanny, and of course, when Joey (Matt LeBlanc) lays eyes on the cool pretty blonde, he sets his sights on her, despite receiving a stern warning from Ross and Chandler to steer clear.

“I kept tripping over all the furniture in Central Perk because it was all so much smaller and I had thought it was so big,” she recalled.  “I [remember] Matt LeBlanc, after the sixth take, saying, ‘If you trip over the chair one more time, you are not coming back!’  I was all, ‘I am really sorry, I am just so nervous about being in the coffee shop!’  I was trying to be Molly and be all cool as the ‘hot lesbian nanny,’ but I was just freaking out at being in Central Perk and hanging with Joey in the coffee shop.” 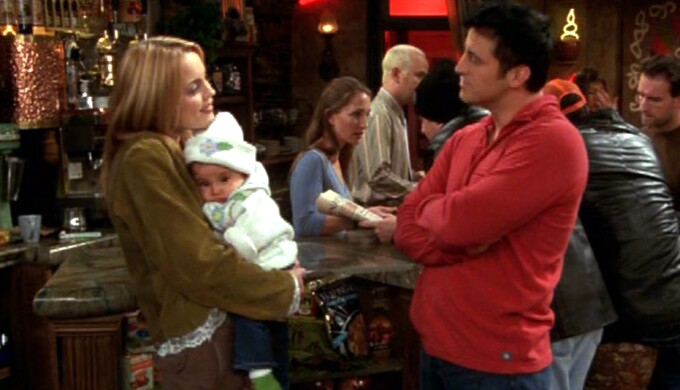 Yes, unbeknownst to Joey, Molly was otherwise already very involved with her partner Tabitha, much to his eventual chagrin.

Two years after her Friends appearance, George would encounter her old boss Rachel (Aniston) once again, co-starring in the 2005 film Derailed, which also featured Ross’ ex-wife Emily’s dad Steven, played by Tom Conti.  After working with Aniston twice, George considers her to be “extraordinary.”

She admitted to being somewhat surprised by the perpetual fandom surrounding Friends.  “It’s bizarre and it keeps running,” she shared in closing.  “But I got in there!”