This semester, Professor Larry Elin of the Syracuse University S.I. Newhouse School of Public Communications gave an assignment to members of his Communications Frontiers class; identify a major communications company and a senior executive there. Put yourself in the position of a member of that executive's strategic team. You've been asked to read and report on the relevance to your company of Jack Myers' book Hooked Up: A New Generation's Surprising Take on Sex, Politics and Saving the World. Over the next several weeks. We will share their reports with readers, starting this week with a memo to AMC president Charlie Collier, in recognition of this week's return of Mad Men.

Hooked Up is a survey of what author Jack Myers argues is the "Next Great Generation" -- the group of individuals born between 1991 and 1995 (before and after the introduction of the Internet browser in '93) who are going to have a profound effect on the world to come. And AMC needs to figure out how to cater to this generation, precisely because of this profound influence Myers predicts this subset of individuals will have.

This generation of people -- a subset of Generation Y or Millennial Generation -- are called Internet Pioneers, because they are the bridge between pre- and post-Internet generation, and are the first generation to grow up under the influence of the Internet.

First off, the Internet Pioneers are a generation that is programmed to adapt to new and ever advancing technologies. AMC must work to meet these expectations…and exceed them. The network has successfully incorporated second screen applications and allowed for community building on the blogs on the AMC website. But we need to really look at what Internet Pioneers are using their second screens for (in many cases it is the use of social networks and talking about what they're watching, according to the study below), and target them there. 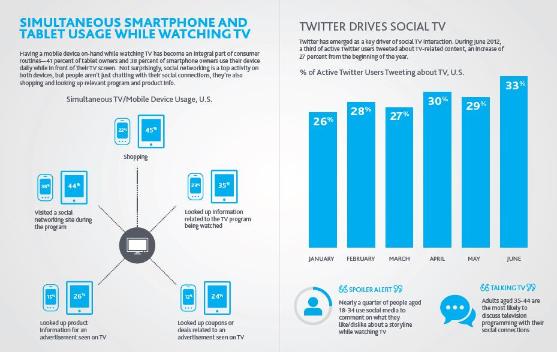 And thinking further down the road, how are we going to adapt to new technologies five or 10 years down the road? And how are we going to adapt before everyone else? Voice and motion sensors are examples of very real, very applicable technological advances that are already having an effect on communications. Something we will have to work on is coordinating with Mac and deciding the network will work with emerging tech such as voice and motion recognition. AMC could utilize these technologies in a variety of ways, an example being applying them to web-based games that currently accompany programming, which would enhance the viewer's gaming experience.

But focusing on emerging tech is obviously a given. The issue that Hooking Up brings to the forefront is how, exactly, to target this influential generation of Internet Pioneers. How does a network tap into their psyche, figure out what they want, and, essentially, sell it to them?

One of the first things AMC has to work on is maintaining, promoting, and curating the right persona. Myers notes Internet Pioneers grew up on Nickelodeon, a network whose core tenets during that era (the early- mid 90s) included the commandment "thou shalt not talk down to kids". According to Myers, Internet Pioneers value the opinions of their superiors, however they also believe that they have important contributions to make, and value more the opinions of their peer networks.

Another important part of curating a network persona is extraordinarily simple: never be wrong. Because Internet Pioneers have access to libraries of opinions and facts literally at their fingertips, they are hyper-critical, and quick to hold not only politicians accountable, but also any and every institution, including their favorite TV network. Myers also notes a trend that fame and Internet Pioneer perception of what is "in" can be a fickle thing. He uses the ever-changing status of celebrities in today's culture. Celebrities continue to fall in and out of favor with Internet Pioneers, which teaches us a few things:

1. Celebrity endorsements and sponsored interactions with fans do have a potential benefit. People, after all, do respond to star power. However, Myers makes a key point in that we often are more interested in these stars for their downfalls than their successes.

2. Just as a celebrity cannot rest easy once they have gained public favor, neither can a network. We must continuously work to grow and adapt and strive to be at the forefront of the Internet Pioneer consciousness. We must strive to be always relevant, exciting, and unexpected.

Curating community and also curating passion for content within it is another thing content providers like our network needs to keep in mind. The network has done a good job developing shows audiences are passionate about (Mad Men, Breaking Bad and The Walking Dead), but we need to do more to both build and participate in the community surrounding our content.

AMC can learn something about curating lifelong passion in an audience from looking at Myers' analysis of the effect of the early viewing habits of Internet Pioneers -- namely the influence of Nickelodeon. Nickelodeon had the market cornered on what kids wanted. Any successful cable TV network will always continue to strive to have the market cornered on what key facets of their audience wants -- which means tapping into that ever important Internet Pioneer generation. It means asking ourselves and for our purposes, how do we give them what they want within the framework (or, maybe even outside) the framework of our network? One of the solutions here is interactivity, something Myers gleaned from his analysis of Nickelodeon's success. AMC's blogs message boards are a very good start to curating this interactivity and sense of community, but we need find ways to further engage the Internet Pioneer audience.

Part of this comes from looking at what makes social networking websites like Facebook and Twitter so successful. One of the things we can learn from these social networking sites is a user-friendly interface. Although our network has blogging and commenting capabilities, they aren't built as a focal point of the website. Millennials want to interact with others watching the shows they're watching, so we have to keep this in mind when planning the design of our online interface and second screen applications.

We also need to work on curating a community of passion around our programming. Myers noted how FOX's Family Guy -- a favorite among Internet Pioneers -- gained such an avid fan following that the show was returned after being cancelled thanks to sheer popularity. FOX has run into this problem before -- a similar situation happened with Fringe, where execs were convinced to prolong the show. The key is to make sure the network garners this passion in their programming. The key is to connect -- connect thematically as well as connect online -- with the Internet Pioneer generation with this programming.

Toward the end of Hooked Up, Myers notes the social networking skills of Internet Pioneers -- and notes how businesses and corporations are already harnessing these skills and turning them to their advantage. Myers writes that some tech start-ups are using college-age students as marketers on campus to promote their business. It's a revolutionized grassroots campaign, with Internet Pioneers are re-defining relationships, and bucking the outdated idea that a person can have only so many meaningful relationships. Internet Pioneers can prove to be valuable in promoting anything -- especially a TV network and its programming. Not only do they have the ability to interact face-to-face with potential consumers, but they can also use their ever expanding social networks and influence on these networks to draw in their peers -- and Myers writes that one of the things Internet Pioneers value most is the input of their peers.