Memo to CES: There's More to Tech Marketing than Millennials 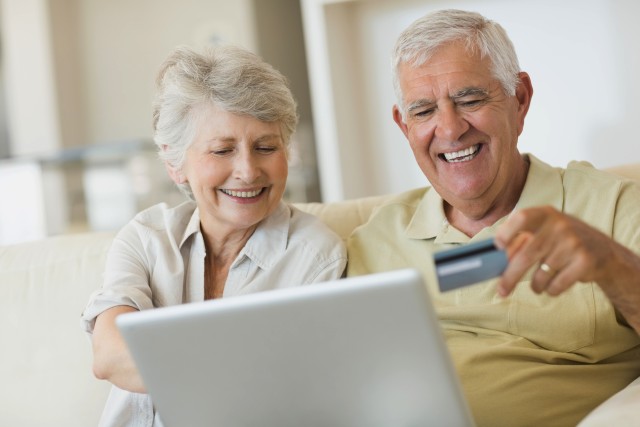 As Amazon mounts an ad blitz to encourage more folks to sign up for its Amazon Prime service, you wouldn't be surprised to learn that the commercials feature hot hit songs by youthful, contemporary artists such as Adele, Drake, Fetty Wap and Taylor Swift.

Come to think of it, there's another surprising aspect of the ad blitz: The commercials are running in heavy rotation on a traditional medium, television, rather than in newer, trendier media that presumably would be more appropriate places to pitch a product like Amazon Prime.

As CES 2016 gets underway this week in Las Vegas, it's interesting, even illuminating, to consider what Amazon is up to with its Amazon Prime campaign. To be sure, it's almost impossible to overstate the importance of younger consumers to technology marketers. That's because the Millennials, and the generation following them, are -- and will be -- crucial to sellers of smartphones and other mobile devices, apps, connected devices, streaming services and any offerings under the rubric of the IoT, Internet of Things.

Yet the Amazon Prime ads serve as a reminder that there's still gold to be mined among older consumers, the ones who watch television and are familiar with Sonny, Cher and "Paint Your Wagon." Indeed, Amazon is not alone in targeting older demographics along with Millennials and Generation Z.

For instance, the latest Android phones from Google were advertised last month with a television commercial featuring the 1963 song "A Marshmallow World" by Darlene Love. The tune also serves as a wink to the tech-savvy, in that the phones are equipped with the newest version of Android, known as Android 6.0 Marshmallow. And Verizon is introducing Hum, a connected car device, with a television commercial that uses an instrumental version of the 1964 Chuck Berry tune "No Particular Place to Go."

"You may get more buzz from the younger people, especially for your newer products, but at the same time you may be getting an outsized chunk of your revenue from the older consumers who have more money to spend," says Mark Dolliver, an analyst specializing in demographic data at eMarketer.

Though older consumers may have "lagged behind in mobile," he adds, it's inadvisable to write them off tech-adverse because those belonging to the baby boomer cohort (born from 1946 to 1964) are the ones who "put the personal computer on the map in the early days."

"They're certainly using desktops and laptops," he adds, and while "a fairly small number of online boomers are on Twitter, half are on Facebook."

"Baked into the boomer" ethos is the idea "that we're forever young," Dolliver says, which provides "an impetus to buy these new technologies." By the end of the decade, about two thirds of boomers will have smartphones, he estimates -- a not insignificant amount even if the devices won't be as pervasive as they will be among younger consumers, at 90%.

Because older consumers are avid watchers of traditional television, it makes sense to run TV commercials to reach them, Dolliver says, adding: "There's a tendency to underestimate the amount of television younger people are watching. It's still a huge chunk of their time."

Another reason to use TV to reach potential customers, regardless of their ages, is that "a company like Amazon wants to be a cultural phenomenon and not just a consumer product company," Dolliver says, and to do that you "want to be on TV."

In some instances, iSpot.tv reports, tech firms jumped into TV recently enough to make year-over-year comparisons moot. For example, Airbnb and Fitbit both began buying television time in November 2014, according to iSpot.tv; in the first nine months of 2015, the former spent $18.4 million and the latter spent $24.2 million.

Can the trend keep going, and growing? Maybe by encouraging the children of older consumers to visit them more often.

"One reason boomers are slow to adopt and figure out mobile technology is that boomer householders are largely empty-nester households," Dolliver says, meaning that "the in-house tech support" their offspring formerly provided is less available.

Image at top courtesy of Corbis. The opinions and points of view expressed in this commentary are exclusively the views of the author and do not necessarily represent the views of MediaVillage/MyersBizNet, Inc. management or associated bloggers.