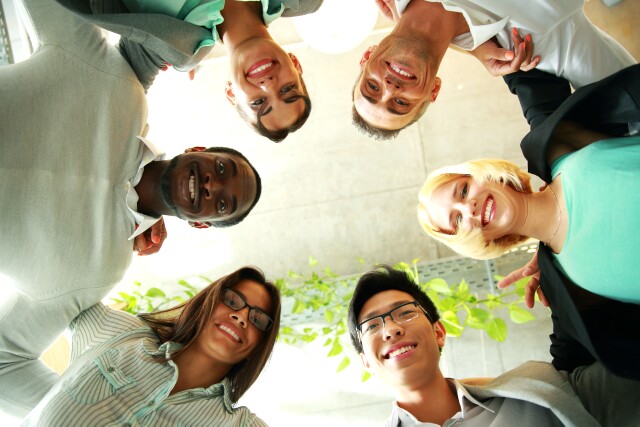 This is a recurring blog series focused on gender equality. In this column, Transparent creator Jill Soloway dissects the most recent Trump scandal, Michelle Obama champions girls’ education on International Day of the Girl, the latest in Cindy Gallop’s XX Files and Helen Mirren on women in Hollywood.

There has been much heated discussion over Trump’s latest scandal -- the leaked tape of his disgusting discussion with Billy Bush, which he has now shrugged off as “locker room talk.” Transparent director Jill Soloway dissected it best in a fabulous Time op-ed last week, calling out the frustrating persistence of toxic masculinity in American culture. “When people say, Boys will be boys and this is just the way it is, I know that’s not true. This. Can. Change,” she writes, saying it starts with men calling out other men. She continues: “Locker-room rules mean men’s locker-room rules, these rules of toxic testosterone, this inner sanctum where the dark rules are obvious: We leave our wives and sisters and daughters out of it, but all the other ones are fair game. Come with me, a man says, onto the bus, the back of the bus, this room that holds this other thing that men know about other men: secrets. This room calls too, it is a dark web of deliciously awful things that real men would never betray their membership in the man’s club to admit.” Read the full essay here.

October 11th was the UN’s International Day of the Girl, and First Lady Michelle Obama was all over it. Not only did she bring together a power squad of female artists -- including Kelly Clarkson and Missy Elliott -- to record the new song “This is For My Girls” to support her Let Girls Learn initiative, but she released an op-ed on the issue that appeared on CNN.com. “For me, education has never been simply a policy issue -- it's personal,” she writes. “For me, education was power,” she continues.  “Unlike so many girls around the world, we have a voice. That's why, particularly on this year's International Day of the Girl, I ask that you use yours to help these girls get the education they deserve. They're counting on us, and I have no intention of letting them down. I plan to keep working on their behalf, not just for the rest of my time as First Lady, but for the rest of my life. I hope you will join me.” Read the full essay here, and listen to Missy Elliot’s verse of the “This is For My Girls” collaboration below.

Gender equality advocate Cindy Gallop has long been calling out the advertising industry on persisting sexism and diversity issues. In case you missed it, last week The Drum launched Cindy Gallop’s XX Files, in which women speak out about their experiences working in the industry. “I want the women of our industry to join Lisa Leone and Heidi Hackemer sharing their stories publicly to make the men of our industry aware of how much we need to change to stop hemorrhaging female talent, and how much they need to actively and proactively intervene to turn this into an industry that welcomes, celebrates, champions, values and rewards female talent and creativity to the betterment of us all,” Gallop told The Drum last week when the series launched. In this week’s column, marketer Amy Witkop shares a story about a disturbing experience on a business trip, her struggles to get a raise -- even though she was outperforming other account managers -- and how she got fired when a male creative director was failing on her account. “I choose not to work in the industry anymore and do my own rainmaking for myself,” she concludes. Make sure to read the full piece here.

For their Power of Women issue, Variety sat down with Helen Mirren to talk women in Hollywood, who should play the next James Bond, and the gender pay gap. Asked about the former, she said, “I’ve always said this, for my whole career:  Don’t worry about the number of roles available for women in drama; worry about the number of roles for women in real life. Because as women’s profiles get raised in all the arenas in real life — politics, business, the medical professions, science, technology, whatever — the world of drama will inevitably reflect that, and roles for women will get better. However, having said that, it still really pisses me off that in many movies, the only time you see more women on the screen than men is in a swimming pool scene, in which case suddenly the world is populated by women in bikinis. And often they’re wearing high heels! No woman ever wears a bikini and high heels around a swimming pool!” Most women would agree. Read the full interview here.

It is Not Me, It is You: The Advertising Industry Needs to Face Its Diversity Problems and Stop Blaming Others

The Venture Capitalist Who is Both a Man and a Woman

Sex and the C-Suite: The Trump Video Would Get Most CEOs Ousted