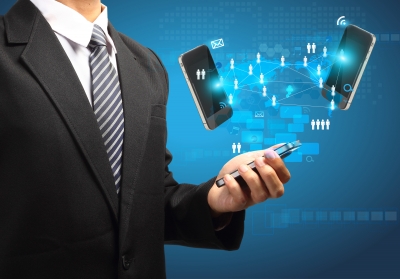 Mobile rich media is also taking off because mobile adoption continues to skyrocket. In addition to the launch of a more budget-friendly iPhone, tablets are also becoming more accessible, and both consumers and businesses are adopting them at a high rate. According to Pew Research, 56 percent of U.S. adults own a smartphone and one third of American adults own a tablet.

Those numbers are only going to grow. Gartner predicts that this year global tablet shipments will grow 67.9 percent, with shipments reaching 202 million units. At the same time, Gartner expects the global mobile phone market to grow 4.3 percent reaching 1.8 billion units this year. It’s clear that consumers are hungry for mobile devices. That love will only grow deeper as device makers keep upping the ante with higher resolution screens and faster processors.

This is the ideal environment for rich media mobile ads to blossom because with adoption comes the demand for content. Rich media ads offer engaging content and therefore have higher response rates than your traditional mobile banner ads. The numbers prove it. According to Opera Mediaworks, rich media mobile ads are up to four times as effective as standard banner ads in terms of click-through rates. According to Celtra’s Mobile Rich Media Monitor Report , native ads deliver over four times higher expansion rates/click-through rates when compared to static mobile banners. In addition the Celtra report revealed that rich media mobile ads generate 12 times more clicks than desktop banner ads.

With the launch of mobile ad units like IAB’s rising stars, advertisers can integrate loads of interactive features that can appeal to consumers. These are the same consumers that have trained themselves to ignore banner ads. Rich media ad units can include audio, video, games, animations and other features. They can even take advantage of location-based services, providing a richer user experience that is designed for today’s smartphone device. A unit can start out small as 320x50 for a mobile banner, and then expand to 320x416 once the users clicks to trigger the content.

The examples speak for themselves. From established auto brands like Ford, to luxury brands like Patek Philippe, marketers are making the most of the mobile canvas for brand storytelling. Martini worked with both brands to integrate engaging video within the mobile unit that helped tell a verbose brand story right in the hands of the most receptive audience, and with 58 percent of affluent consumers using their smartphones while they watch TV, it is important to tell the most engaging story on-the-go.

The bottom line is that mobile ads can be more engaging. With more consumers adopting mobile devices and better devices at their disposal, a static mobile banner just won’t cut it anymore. With all of these new options available to help engage and delight consumers, why would anyone run a plain old mobile banner ad? 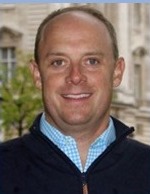 strategy. As President & CRO of Martini Media, he is responsible for company-wide advertising revenue and operations. Tom can be reached at tom.oregan@martini-corp.com.

Read all Toms MediaBizBloggers commentaries at Through the Martini Glass.

President & CRO Martini Media Tom O’Regan is a seasoned advertising executive with an expertise in vertical publishing and sales strategy. He comes to Martini Media after a dozen year stint as head of TheStreet Inc’s media business As Sen…