"Monster Croc Wrangler" Matt Wright on the Joys of the Job 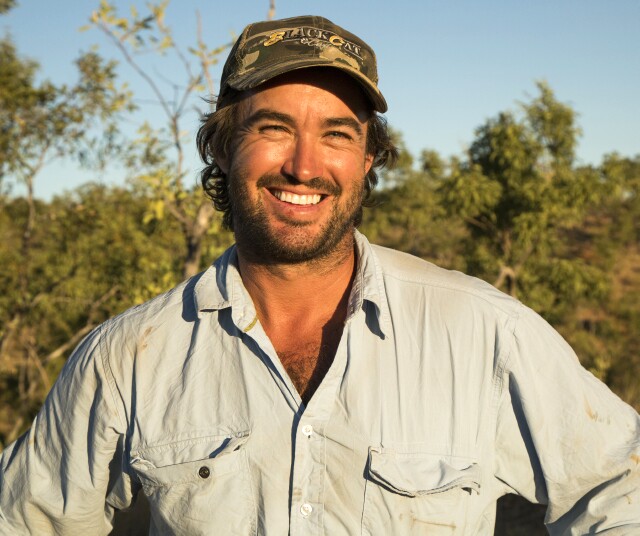 There's one word not in the vocabulary of Australian animal conservationist Matt Wright -- failure -- because when you’re tangling with crocodiles up to 18 feet long, you simply can’t afford to not succeed.  Billed as the real-life Crocodile Dundee, Wright's croc-wrangling exploits were featured in two seasons of the Australian adventure series Outback Wrangler, seen here on Nat Geo Wild.  A third season with a new name, Monster Croc Wrangler, debuts on the channel January 7, and the affable Aussie is thrilled U.S. audiences will continue to experience his adventures.

According to Wright, his interest in reptiles goes as far back as he can remember. As an adventurous youth he was always catching snakes, geckos and lizards.  "I've always been fascinated with animals and have always been around insects and spiders,” Wright told MediaVillage in an exclusive interview. “It just followed me into adulthood, only it definitely gets real, going from a gecko to an 18-foot crocodile.  Of course, I was cautious with the first few that I caught as it was all very new to me, but they react like any other reptile or lizard.  They're just a lot bigger.

"The whole TV thing started when I began putting home videos together for my folks, just to show them what I was up to,” he continued.  “That led to a show on Channel 7 (in Australia) where I caught an 18-foot crocodile, the second largest ever caught in Australia, that sparked some interest and it took off from there."

But what makes someone to take the plunge and tangle with a croc for that first time?  "I think it just came from years of experience, starting when I was small then kind of working my way up," Wright mused.  "There came a point one day when I was sent out to catch a 15-foot crocodile. They basically just said, ‘If you can catch it, catch it.’  Within two days I had him caught and it just kind of came naturally."

At the forefront of Monster Crock Wrangler is Wright’s passion for preservation. He’s only called in to safely relocate problem crocodiles that are menacing populated regions of Australia's north.  He admits to having a high level of respect for the creatures.  "They’re the last living dinosaurs and have been around for 240 million years," he said.  "They were shot down to about 4000 and are now back up to about 140,000 in the wild.  They're amazing survivors.

“You find each one of them has a different nature," he continued.  “Some are aggressive, some shy, some very calm.  I can even get in the water with some at a nearby reserve that actually will swim up to me.  I really do feel a connection with these animals.  There's a mutual respect, but their basic instinct is to grab and attack anything that moves, so the initial step in working with them is to be aware."

Ably assisting Wright on his outback adventures is a trusty crew of fellow croc-wranglers armed with many rolls of duct tape; something he recently came under fire for after posing with a taped-up croc about to be relocated.  "People asked if it hurts them but its just tape," he insists.  “It's really our lifeline to securing these animals and we don't leave home without it."

Wright is so enamored with crocodiles that he happily shares his property with Tripod, a three-legged fight survivor, whom he happily pampers.  "Tripod was in a crocodile farm where I do a lot of egg harvesting," he explained. "There are about 1000 breeding crocodiles on that farm living in a natural environment of fenced 400-acre swamp land.

"A lot of the crocodiles I relocate go there," he continued.  "Tripod lived there but got too old to breed and older crocodiles will fight -- to the death.  I knew he was in there and asked the owner if I could take him.  He said, ‘If you can get him out, you can have him.’  So with the aid of a crane, a truck and some rope, we lifted him out and now he lives at my place.  He's enjoying life, never has to do too much and gets a leg of ham every now and then.  It's a croc’s life."