More From the New Book Inclusion: Diversity, the New Workplace & the Will To Change 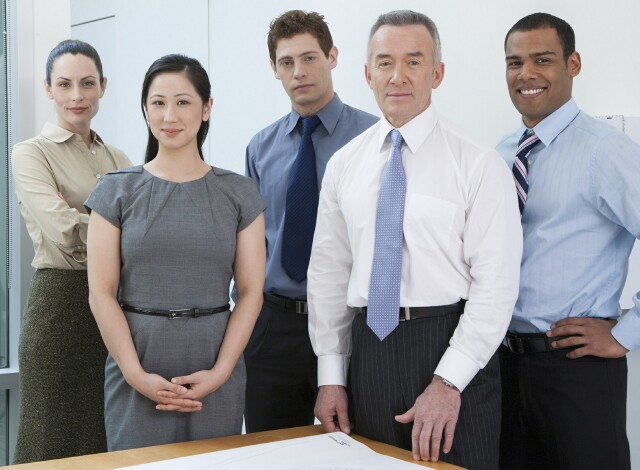 Jennifer Brown is an award-winning entrepreneur, dynamic speaker and diversity and inclusion expert. Informed by more than a decade consulting to Fortune 500 companies, her new book entitled Inclusion: Diversity, the New Workplace & the Will To Change (Advantage Media Group, November Fall 2016) creates a compelling case for leadership to embrace the opportunity that diversity represents, for their own growth and for the success of their organizations, while simultaneously empowering advocates at all levels to find their voice and be a driving force in creating more enlightened organizations that resonate in a fast-changing world. Below, we present the second of three excerpts from this relevant book, which is now more timely than ever. The first excerpt can be found here.

Not seeing yourself and people who share your identity -- however you define your identity -- reflected in any leadership roles at the company you work in can cause pain, frustration and ultimately, disengagement on the part of employees who long to see themselves and their identities in positions of leadership. I can’t overstate the impact leadership-to-workforce representation has.

Representation matters. Actress and activist Geena Davis, in speaking about the staggering underrepresentation of women in feature films, has said about young women, “If she can’t see it, she can’t be it.” Promising employees who look at the org chart and don’t see themselves wonder whether there is a path to leadership for them. When a high-profile or executive level leader leaves -- and if that person is diverse in ethnicity, a woman, an “out” LGBTQ executive -- I have seen fast and broad ripple events through the employee population. They imagine the worst and 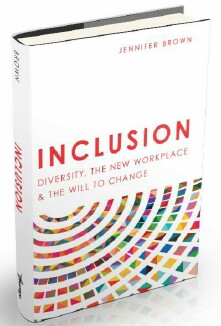 internalize a message that “people like me can’t be successful here.” This is often the net effect of the departure, even if the executive’s separation from the company might not have had anything to do with identity or the fact that he or she is “the only” of a particular background at that level, in that company.

There was a high-profile departure of an out executive at one of our technology company clients; I was working with the company’s LGBTQ employee resource group at the time and had a bird’s-eye view of the unintended impacts that can happen. For a little background, as is true for many LGBTQ networks in the corporate arena, this group maintained an official “public” mailing list and also a “bcc” list, meaning there were still many who wanted to stay informed but not go public about their membership in the group due to fears about being “out” at the company. When this executive left suddenly, many on both lists interpreted it to reflect poorly on the company’s “true” support of LGBTQ talent versus its stated support, which, in the case of this company, was very strong. This was one of those companies with many, many awards by all the big names, and it walked the talk, too.

As news spread of the executive leaving, I heard anecdotally that many on the bcc list became afraid of even that list (are corporate lists ever reallysecure?) and asked to be removed, and some on the public list did the same in the days after the departure, effectively going underground.

I share this story often to communicate, especially to executives, how delicate employee engagement truly is, especially for diverse talent who are constantly scanning the horizon, trying to discern if they are genuinely supported, or if it’s just lip service. At my company, we know how difficult it can be to create awareness and understanding among those who are part of the traditional majority in workplace leadership, who haven’t personally experienced this “got to see it to be it” factor, and therefore dismiss it as griping or blame it on the low numbers in the pipeline instead of hearing the plea that it is: to be seen, heard and represented in the pipeline to leadership. Employees who crave seeing others of their heritage or background in leadership positions seem to be looking for reasons to stay, and the organization should bend over backward to provide them.

Our third and final excerpt from Inclusion: Diversity, the New Workplace & the Will To Change will be published on Monday November 28.