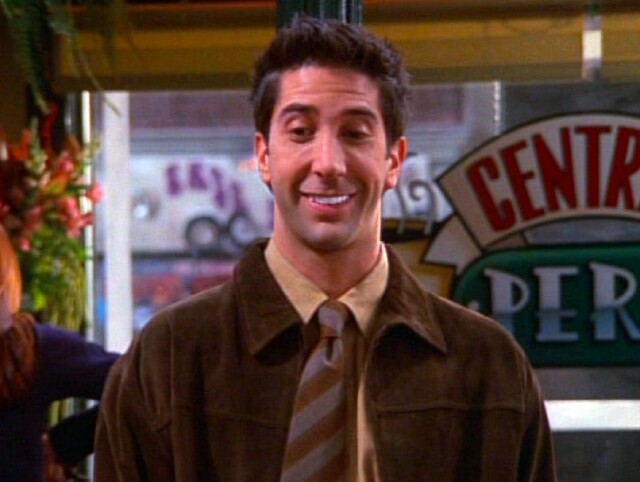 While some Hollywood heavyweights like Brad Pitt, Bruce Willis, Julia Roberts and George Clooney can consider themselves forever friends of Friends, there are many familiar faces associated with the perennial television favorite that can do likewise.  As we draw closer to the show’s 25th anniversary on September 22, and the end of our Friends of Friends  series (for now), let’s look back at some of the “I know them” friends who made a lasting contribution to some of the show’s most memorable storylines.

Missi Pyle has numerous credits to her name, on both the big and small screen, making her one of the industry’s most consistent working actors.  But it’s The One with Ross’ Teeth from season six that still brings a smile to Friends devotees around the globe.  In the unforgettable episode, Ross (David Schwimmer, pictured at top) bleaches his teeth in preparation for a hot date with Hillary (Pyle), and after leaving the whitening gel on for too long, doesn’t realize you can see his teeth “from space!” 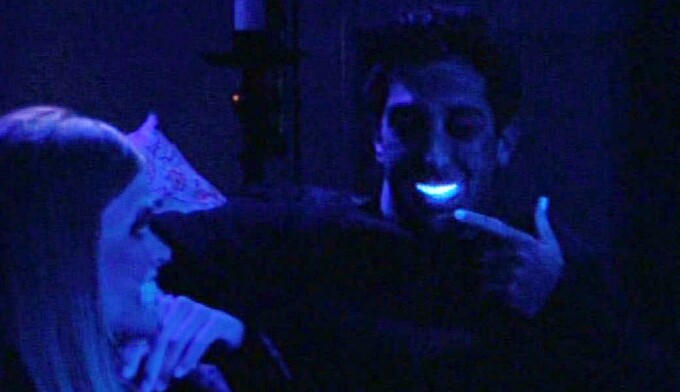 “Yes, I went on a date with Ross after he bleached his teeth,” laughed Pyle (above left) when I asked her about the show.  At the time of the episode, the busy Pyle admitted she hadn’t really watched Friends, but it’s something fans are delighted to remind her of.  “I do get people [still] recognizing me,” she added.  “I get like 60 bucks a year [in residual checks], so it’s a big deal.  But I did an episode of Seinfeld, too, which gives me so much street cred, probably more than anything else I’ve done.” 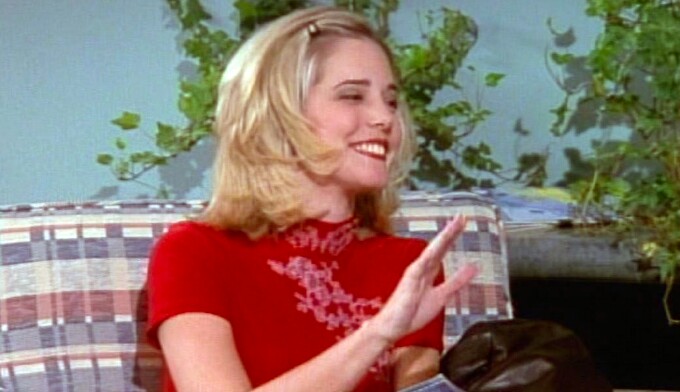 After making the rounds on everything from Beverly Hills 90210 and Married ... with Childrento Wings, Christina Moore (above) would find herself on Stage 25 at Warner Bros. in 1998 for season four’s twentieth episode (The One with All the Wedding Dresses) as Marjorie, a girl Chandler (Matthew Perry) and Joey (Matt LeBlanc) encounter at a sleep clinic.  “My episode is in a compilation of the top 20 episodes of all time,” Moore noted with obvious pride.  “In it, Joey had to go to a sleep clinic and get a mouth guard, so Chandler could sleep.  It was phenomenal to be on such a huge hit at the time.  It was one of my first jobs.”  Moore, like Pyle, is still cashing those residual checks for the umpteenth re-runs of the episode admitting, “Because it’s in a top 20 list, I get like $120 a year!” 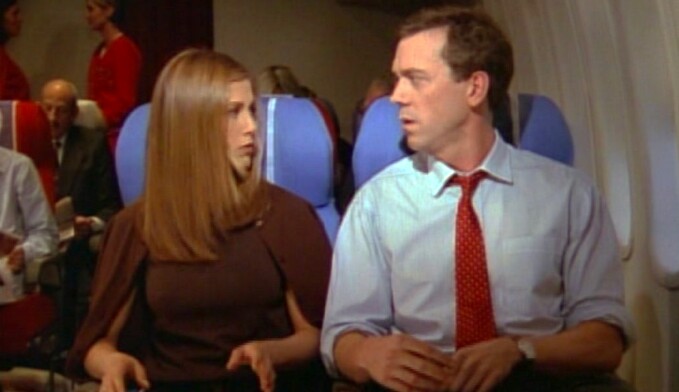 Long before Hugh Laurie (above) became a household name courtesy of Fox’s long-running medical drama House (2004-12), the actor found himself on Friends in 1998.  With Ross’ wedding to Emily (Helen Baxendale) taking place in England, the two-part The One with Ross’ Wedding called for a host of British guest stars that included Sarah Ferguson, Sir Richard Branson, Jennifer Saunders and June Whitfield.  It was in part two that Rachel (Jennifer Aniston) found herself seated next to Laurie on her mad-dash plane trip to England to tell Ross that she still loved him.  “That comes up a lot and that was a hell of a thing!” admitted Laurie of his contribution to Friends.  “Given I was only there for about 45 seconds, it’s something that lingers on, and well, it’s never off the television and never will be -- so it’s a good thing!” 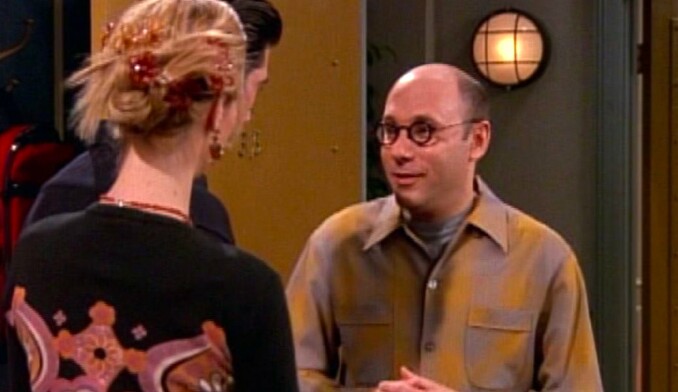 Willie Garson (above) was another of those recognizable faces who appeared on Friends.  In addition to his exhaustive list of film credits between 1986 and 1998, he had appeared on everything from Newhart to Mad About You before landing his breakout role as Stanford Blatch, Carrie Bradshaw’s GBFF on HBO’s influential comedy Sex and the City.  Garson had only filmed the first season of Sex when he appeared in season five’s 15th episode, The One with the Girl Who Hits Joey, as Ross’ new landlord Steve (after Ross moves into Ugly Naked Guy’s apartment).  “I do get recognized for that often,” admitted Garson of the episode.  “It’s generally 50-50 for Sex and the City and then White Collar.  Friends was really just one episode, but it was a memorable one.

“Fun fact,” he continued.  “I did another episode of Friends, and that storyline wasn’t even the B-story, it was more like the C-story and was cut out.”

Garson admitted he still watches his Friends episode, should he happen upon it, but like many friends of Friendshe is happy to now be able to share the experience with his kids.  “My son started watching the series from the beginning,” he laughed.  “I was a fan of the show and was [already] friendly with many of the Friends, so it was really great to just hang out with them, to be there and have such a good time.”