More Tidbits and Takeaways from NewFronts 2019

By Simon Applebaum May 15, 2019 Upfronts/NewFronts Archives 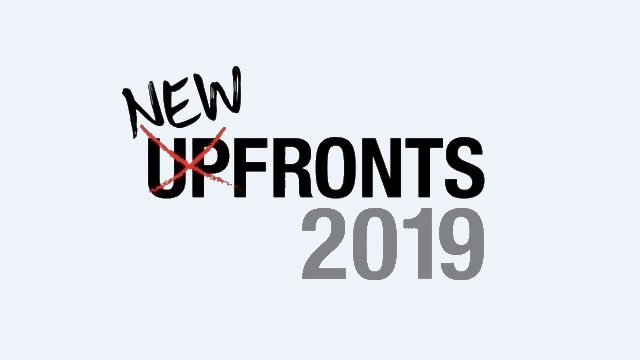 Before we lower the curtain on our coverage of this year's Digital Content NewFronts, here's a selection of highlights and key takeaways from several presentations.  The following was arranged by order of presentation during NewFronts week.

News:  Red Arrow's digital programming outreach will have at least ten series on Facebook Watch by the end of the year -- several of them gaming-oriented.  Popular YouTube-distributed series Good Mythical Morning is now getting smart TV device distribution via Roku.  Also on deck: a big move into podcasting with 30 series launching soon or in development.

Key Takeaways:  Look for more original short-form series to morph into long-form over the next year, picking up smart TV set/device distribution. Also, some producer should work up a long-form series for exotic animal expert Mike Holston (a.k.a. "The Real Tarzan"), whose well-behaved tan-colored lizard -- make that well-behaved giant lizard -- charmed attendees at the end of the presentation and for considerable time afterward.

Key Takeaways:  For now, EDN will stand pat on its unscripted content emphasis and mix of web and social media distribution.  A dip into scripted and semi-scripted programs is possible down the road, along with a smart TV-centric channel.

News:  Vice will combine all of its web content into one website by the end of May, with former separate sites Motherboard, Vice News, Noisey and Munchies becoming branded sections within Vice.com.  A new set of Viceland series begins May 22 with The Wrestlers (profile of professional wrestling's bizarre subcultures), followed by the debut of Jasper & Errol's First Time June 11 (twosome move outside their comfort zone by learning how to master bull-riding, Zumba and other pastimes).  Look for the debuts of Danny's House, Donkmaster, How to Rob A Bank and Fine Young Criminals during the second half of 2019 on Viceland, plus The Vice Guide to Everything interstitials.

Data Insight:  More than 124 million people in North America and 300 people worldwide see Vice in some video manner each month.  That adds up to more than one billion minutes a month.

Cuisine:  An outstanding lunch assortment from eateries including Momofuku, Dean & De Luca, Andy's Italian Ices and Calexico.  Momofuku's chicken rice bowls were so in demand, all the bowls were taken within 20 minutes.  Other standout treats were Dean's albacore tuna sandwiches, Concord grape and pink lemonade ices from Andy's and Calexico's chicken and black bean burritos.

Key Takeaways:  Unlike Walmart, Target does not want to be in the original program production business via Roundel.  Yet there are several ways Roundel can be a TV force.  One direction that management is looking at is incorporating linear TV networks and smart TVs with client promotions. Another possibility: launching an interactive TV shopping service.

News:  The ad agency and NewFronts co-founder will collaborate with the John F. Kennedy Library this summer on Moonshot, an augmented reality application marking the 50th anniversary of the first U.S. moon landing.

Cuisine:  Kale Caesar salad on edible parmesan cheese crust was the best among the post-presentation appetizers.

Key Takeaway:  Moonshot, judging by footage presented at Digitas' event, deserves to be distributed among as wide an audience as possible. Given smart TV sets and TV-connected devices can handle augmented reality and 360-degree produced content, Digitas and the JFK Library should make this attraction available to the public through these platforms, as well as via mobile.