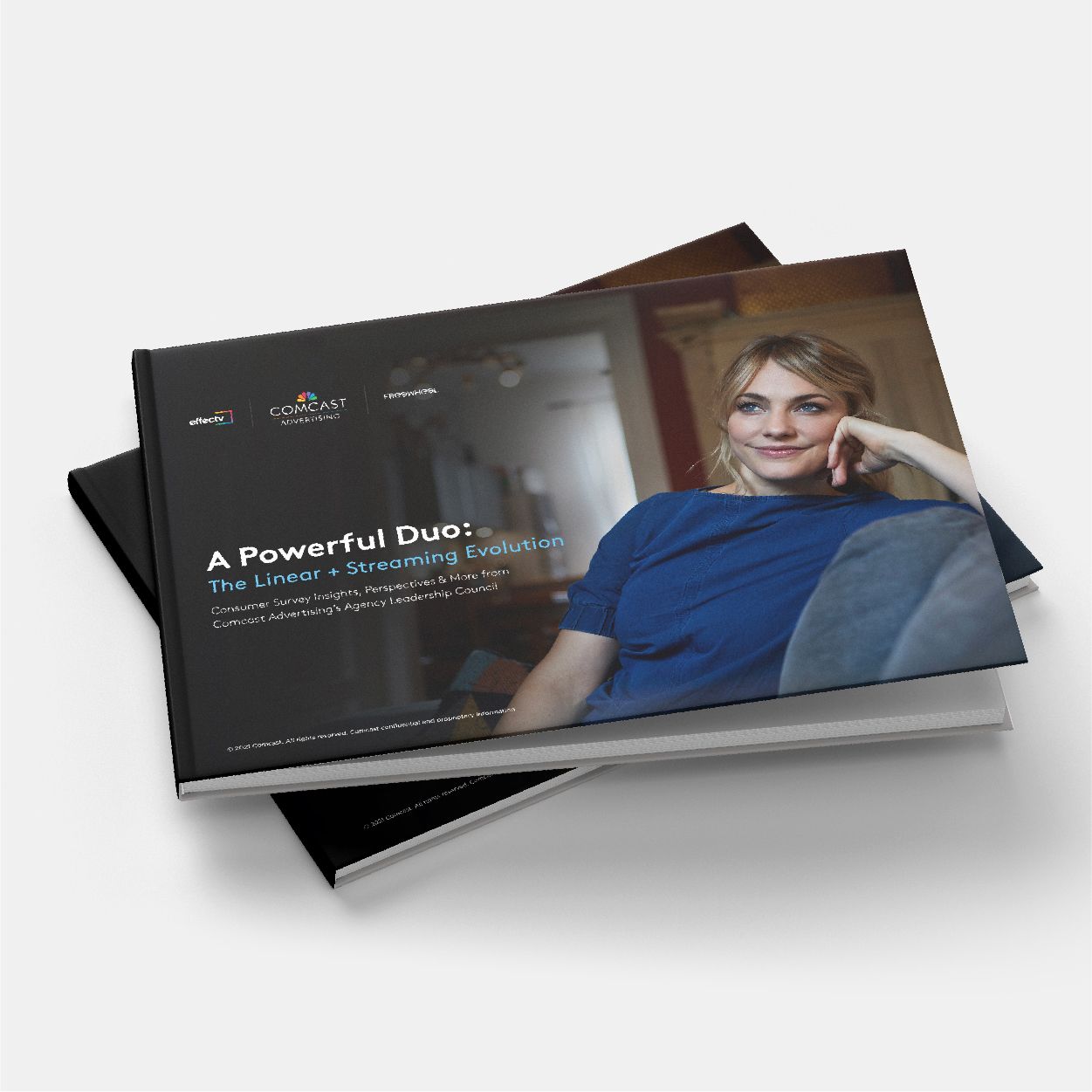 With the video advertising ecosystem undergoing constant change, how do marketers tailor their strategies to maximize preferred audience reach at scale? The answer to that question can be found in a new report from Comcast Advertising's Agency Leadership Council titled "A Powerful Duo: The Linear + Streaming Evolution." (Click here to download.) The report puts the current video advertising ecosystem into new perspective.

The report is based on a custom behavioral survey, Nielsen data and an internal analysis of campaigns by Effectv, the advertising sales division of Comcast Cable. Many of the data points may run counter to some perceptions.

The report also showed that -- regardless of the number of streaming services they have -- households are still spending the greatest share of time with linear TV content. In fact, streaming households spend nearly twice as much time watching linear content as streaming content.

While TV offerings continue to evolve, the report found that viewing behaviors are slower to change. Yet at the same time, subscription video on demand (SVOD) is very popular with those who stream. More than 80% of SVOD households have two or more streaming services.

Overall, 44% of the survey respondents said they used their TVs to consume streaming-video content. They indicated that they chose their TV screens for the experience and choose their handheld devices for the convenience.

To further understand the importance of the TV screen to streaming viewers, the report analyzed ad-exposure data, which revealed that 76% of impressions happened on the TV screen.

Regardless of age, video audiences are using streaming as a complement to traditional TV. An analysis of more than 20,000 Effectv cross-platform campaigns across 29 million households demonstrated that this holds true for advertising campaigns, too.

However, the majority of reach achieved from streaming is incremental to the linear TV portion of the campaign. In addition to delivering incremental reach, streaming also helped to deliver those households that are "lightly reached" by linear TV.

According to the report, advertisers can achieve optimal reach by allocating 10% to 40% of their investment to streaming, with the remaining investment going to linear TV. But when more than 40% of a campaign's budget is allocated to streaming, there are diminishing returns on campaign reach.

The report concluded that linear TV is still the best way to reach a large amount of people in a short amount of time, while streaming helps to focus and extend that reach.

Steven has over 20 years’ experience working as an advertising copywriter and concept director. He has worked for hundreds of clients, brands, and agencies in the B2B and B2C space during his career. When he’s not creating marketing he’s…