Moving from an Ownership to a Rental Society

In two recent columns, I wrote about two of the three consumer economic trends that are already changing consumer behavior, and will continue to do so well into the 2020s – Conscious Capitalism and the “Less is More” trend. In this column I address the third major consumer economic trend, moving from an ownership to a rental society. As with the prior two, this trend will first be prevalent primarily in the developed world and then spread globally in a decade or so. 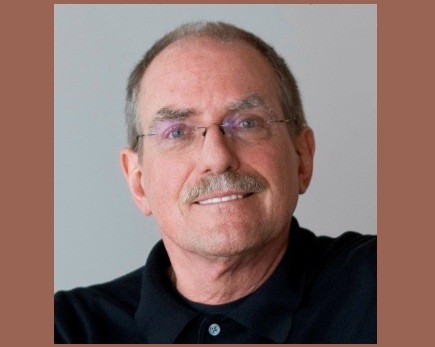 Four years ago I started to suggest that in the United States, the reorganizational recession of 2007-2010 might have broken the aspirational, patriotic vision of home ownership. This was a fairly obvious supposition due to the collapse of the real estate market, which led to the downward economic cataclysm. Not only was the old saying “real estate always goes up in value” blown up, but the inability to sell the home one owned kept millions from being able to move to where they could gain employment. So ownership in an illiquid market also meant unemployment. In many cases this lead to bankruptcy, a painful experience, due in part to home ownership.

This led me to think about what I now see as the third major trend in consumer behavior. We are moving from embracing ownership to embracing renting. We are moving ever more to a rental and sharing economy. And not just in the area of housing.

Think about the phenomenon of the Zipcar and other such companies that allow you to pick up and drop off a car at convenient locations. Why wouldn’t we want to using and pay for the car only when we need it, and not pay for the car (or a parking place) when we don’t need it? Similarly, in big cities around the world there is the developing phenomenon of renting bicycles to ride from place to place. You can ride a bike when and where you want and not have to ever buy one if you live in one of these cities.

Think about the reality that a young woman in her 20s who buys an expensive purse. She might not think of it as a lifetime purchase, but as something that she can resell on eBay in a year or two. Short-term ownership is very much like temporary rental.

Think about airbnb.com, the web site that allows people to rent out their couches, beds and homes to others, generating revenue. Hundreds of thousands of people have used airbnb.com on both sides of the economic equation, either to generate revenue not previously available or to rent a place to stay at a price lower than a regular hotel room.

Think about all the streaming video and audio sites. They are basically renting content for consumption, not selling content to be owned. They are also allowing one to experience content before buying, which will greatly cut down on the desire or impulse to own. Much of media is and will move to subscription models. Subscription is really the renting of content on a monthly basis.

So, in many major categories of purchase, we are becoming less about owning and more about renting.

Of course this Ownership to Rental trend is closely tied to the Less is More trend. We will own less stuff. Having less stuff will allow us to be more mobile. As long as we can connect wherever we are we won’t need to carry content with us. Having less stuff means that we need less space to keep things. We will rent more stuff than we do now, because we will not be acquiring, just using for a period of time. Mobility and the desire for experiences, most evidenced with the Millennial generation but also the Baby Boomers, will redirect financial resources away from ownership and acquisition and toward experience and movement.

One of the three forces of the Shift Age, the Flow to Global, has created a sense of global citizenship and economic opportunity. As I wrote near the end of “ Entering the Shift Age ,” the Shift Age will usher in the greatest age of migration in human history. We will work in one place for a few months or years, and then move on. But our connectivity will be constant.

Of course the concept of ownership will always exist as it always has. However, in the Shift Age reality of the ever-accelerating speed of change, long term ownership will seem less secure and stable. In an increasingly resource-challenged world in this the Earth Century, full utilization of what exists will become part of the solution.